Pay attention: The Crozz is the first VW I.D. electric we'll get in the U.S.

Joel Stocksdale
Volkswagen has already confirmed that the first of its electric I.D. models will go on sale in 2020, and that the plain I.D. car will be the introductory model. We've had anonymous sources tell us that the I.D. Crozz crossover would be next, and now the company has pretty much confirmed that. VW is bringing the I.D. Crozz to the Frankfurt auto show with some updates that the company's press release says "points more towards a production model." 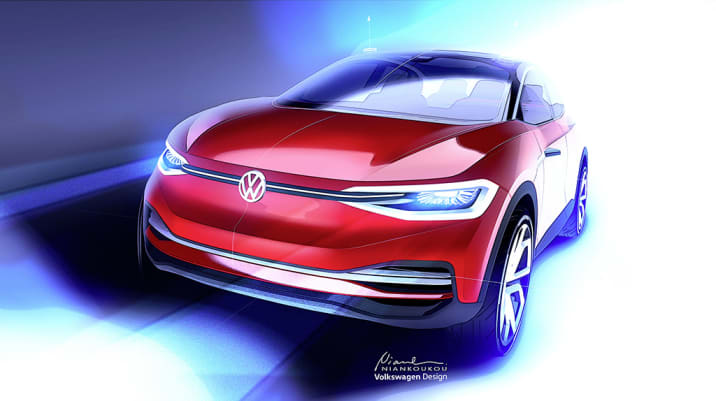 VW says the changes that are closest to production are in the front and rear fascias. The company has only released a design rendering and the above teaser video for the time being, saving the full reveal for the show. From what we can tell, what changes have been made aren't drastic. The headlights appear more realistic and designed for real illumination. The center bar that runs through the VW logo is now illuminated, too. Otherwise, the wide hood, bulging fenders, and general lower grille shape all look very much like the original concept.

This particular VW I.D. concept is worth keeping an eye on, though. According to our anonymous sources, the United States is not very likely to get the regular I.D. car, and even if we do, the I.D. Crozz will be leading the electric Volkswagen charge in the U.S. Those sources also told us that the production I.D. Crozz should be released at the end of 2020 or the start of 2021.