The S-Class, or Sonderklasse (aka, "special class") is the top dog of the Mercedes-Benz sedan lineup, representing the leading edge of the German brand's luxury and tech offerings. Though "S" badge designations officially started in 1972 (and have since sold 4 million cars), these flagships trace their lineage back to 1954 when the blocky "Ponton" launched the range-topping sedan as we know it. Here are generational highlights from six decades and eight generations of the Mercedes-Benz S-Class. 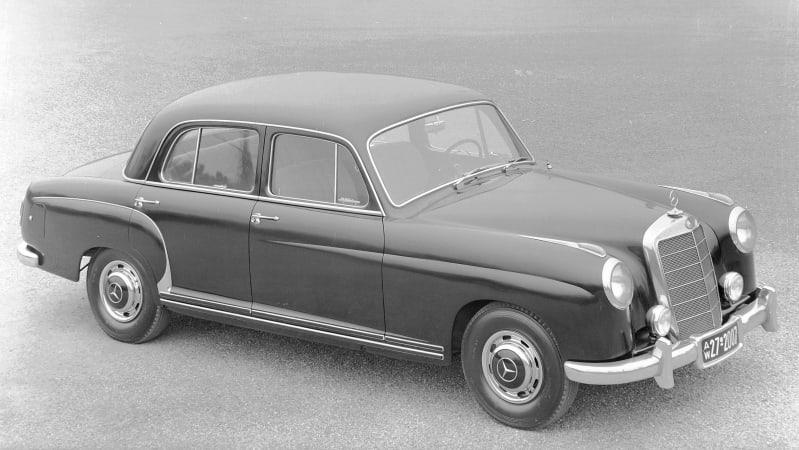 The Mercedes-Benz 220 dropped in March of 1954, and though its understated shape wasn't the same supersized ego statement of today's S-Classes, these early sedans incorporated trick engineering for their day. Nicknamed "Pontons" for their square-shaped bodies, these cars borrowed a single-joint swing axle design from Benz's gorgeous W196 Formula One race car, offering a low pivot point and improved handling thanks to longer control arms which limited track and camber changes. The W180 series eventually gained upgraded inline 6-cylinder engines and brakes, among other improvements, helping move more than 111,035 Ponton-style units over a five and-a-half year production period. A W180 with a manual transmission is a simple but engaging joy to drive. Though its powerplant is anemic by modern standards, the column-mounted H-pattern gearshift and light steering make it surprisingly fun to dart through traffic. Coupled with the relatively lightweight body and generously proportioned greenhouse, the W180 effectively sets the tone for the next generations of S-Class. 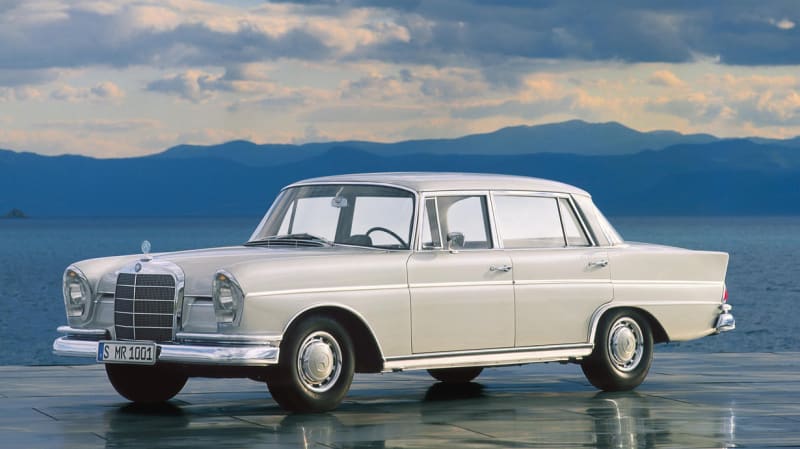 Mercedes-Benz's so-called Fintail ( Heckflosse in German) sedans introduced the world's first crumple zones, but enthusiasts were likely more impressed by the W111's more whimsical shapes and escalating engine sizes, which grew over the years from a 2.2-liter inline six all the way up to a 3.5-liter V8. The 220SE model delivers more power than the W180, though its automatic gearbox and heavier body mitigated some of those torque and horsepower gains. The 108/109 series models introduced in 1965 offered cleaner styling thanks to the legendary Paul Bracques and a slew of mechanical leaps, from direct-injected engines to a hydropneumatically actuated rear axle and, later, air suspension. The world's first (unofficial) supersedan, the Porsche-beating 300SEL 6.3, debuted at the 1968 Geneva Motor Show, but the models making a broader global impact were the one-off landaulet and extended versions of the Mercedes-Benz 600 built for the Pope. 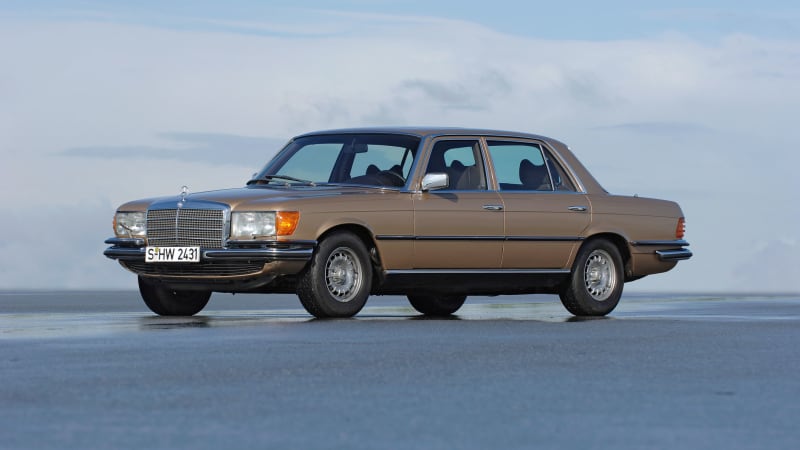 The first Mercedes to use the "S" class nomenclature, the W116 Series introduced streamlined styling, quantum leaps in engineering, and a slew of innovative safety features like a fuel tank mounted above the rear axle, a heavily padded dashboard, and safety passenger cell made using a stiff roof-frame design. Though the 350SEL, powered by a 3.5-liter V8, doesn't have the top dog 450SEL 6.9's hulking powerplant or trick self-leveling hydropneumatic suspension, it drives with considerably more gravitas and modernity thanks to its double wishbone suspension, which trickled down from the experimental C111 model. 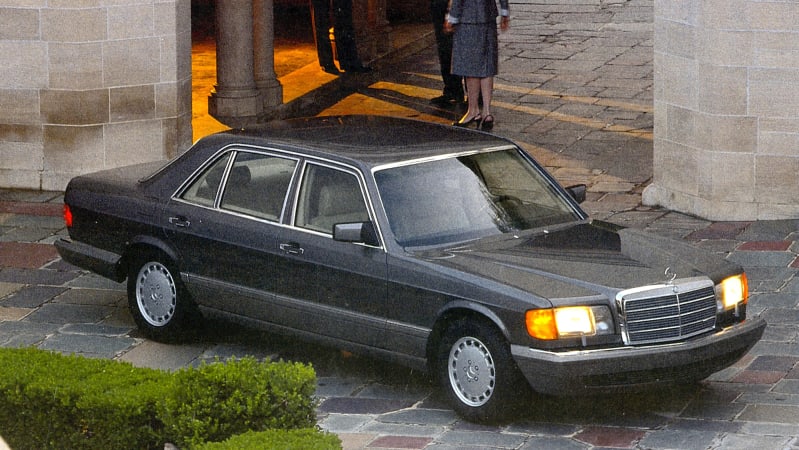 The W126 Series claims the longest production run of any modern S-Class, having sold a stunning 818,036 vehicles over a 12-year period. With a new emphasis on fuel efficiency and aerodynamics, this S-Class breed swapped the old iron block engines for aluminum, enabling improved weight distribution and slightly greater output. Though the 500SEL feels hampered by the car's tall gearing, this is the earliest of S-Classes that feels contemporary enough to hold up to modern scrutiny. It may lack the original styling and charm of the earlier S-Classes, but the W126 did wonders for Mercedes-Benz's big sedan supremacy, going essentially unchallenged until the BMW 750i debuted in 1987, forcing Mercedes to develop higher performance V8s. 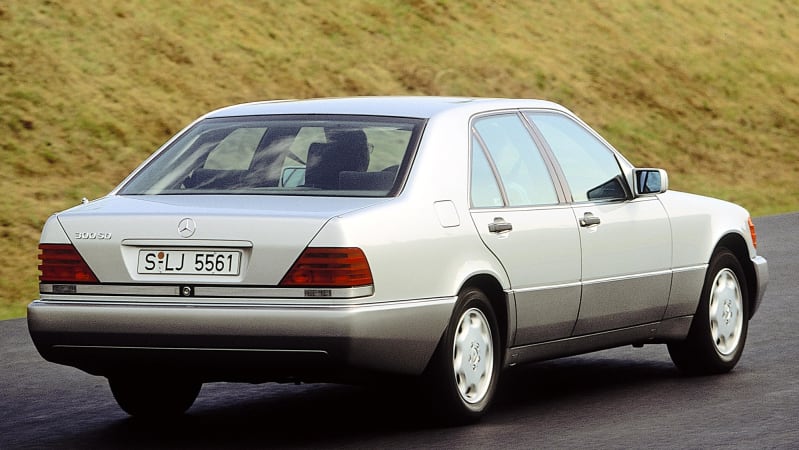 Benz's big sedans grew up with the massive W140, an imposing, boxy four-door that ushered in the 1990s with an imposing presence that developed a reputation for resonating with Russian oligarchs. With burgeoning competition from the likes of Audi and BMW (not to mention relative newcomers like Lexus and Infiniti), Mercedes upped the ante with new features like double-paned glass and small, automatically extending metal rods to aid backing up into parking spots. The W140 saw Mercedes' first serially produced V12 engine, the introduction of electronic stability control, and it was also the first S-Class with model numbers whose first two digits did not reflect engine displacement. 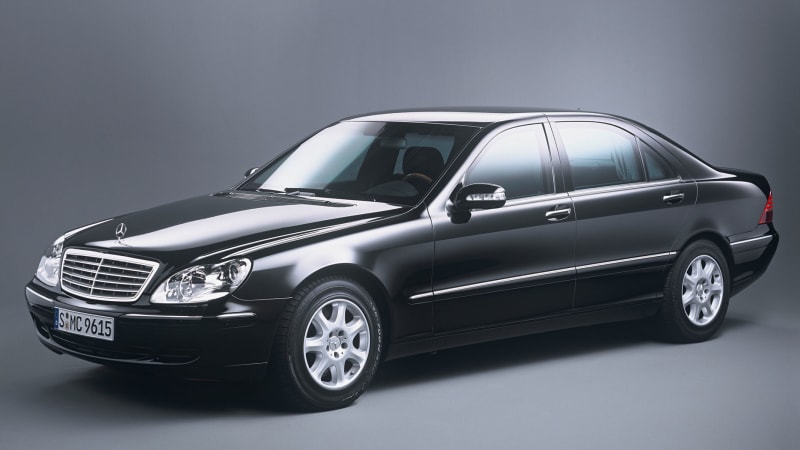 By swapping the S140's slab-like styling for sleeker, more elongated styling cues and a smaller footprint, the W220 delivered a world record-worthy aerodynamic drag coefficient of only .27, coming full circle from the W180's bus-like cD of .473. More tech also became available with the addition of Brake Assist Plus, PreSafe safety features, Distronic adaptive cruise control and keyless go— but most crucial to power hungry drivers was the introduction of the twin-turbo V12 that churned a healthy 500 horsepower, which constituted a miniscule portion of the nearly half-million W220s sold worldwide. 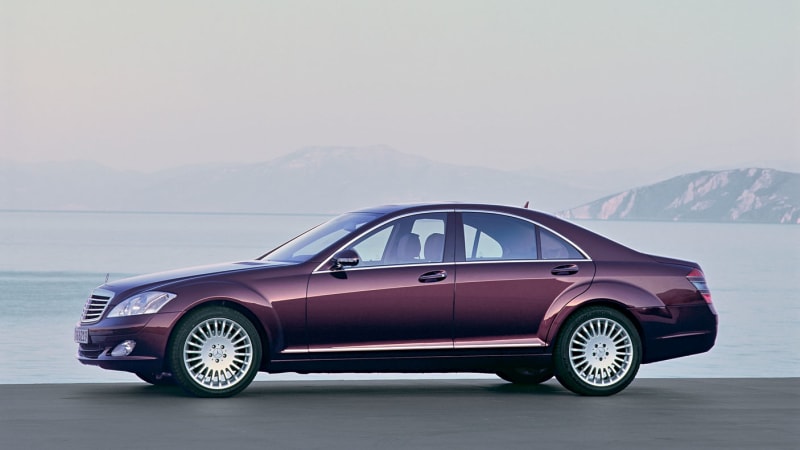 The W221 generation S-Class brought with it more complex styling and plusher interiors, along with the evolution of the W220's electronics systems, many of which were first attempts that became refined in later iterations. The W221 also explored a plethora of engine variants for world markets, from a 2.1-liter four-cylinder diesel all the way up to the mighty 6.0-liter twin-turbo V12 producing 604 horsepower. 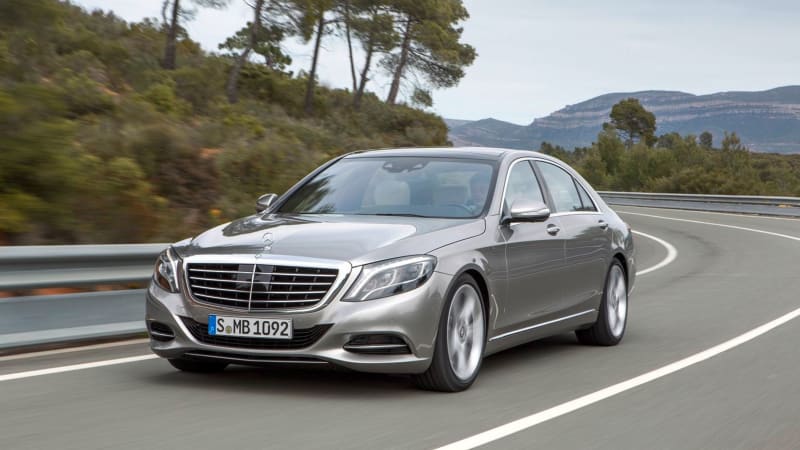 Despite its profound advances in luxury (heated armrests and scent dispensers, anyone?), the current-gen S-Class will go down in history as the big sedan that paved the way towards fully autonomous vehicles. Noted for its radar and camera-guided self-driving capabilities (many of which are artificially limited to comply with government regulations), the W222 S-Class might be the most innovative and technologically significant halo car in Daimler history.