Cadillac is about to start selling vehicles with an autonomous driving mode and TechCrunch got an early look at the technology in a production car.

"Wait for the green light and let go," the Cadillac engineer instructed. That's it. The car was driving itself. I, the person behind the steering wheel, was no longer the driver. Cadillac's Super Cruise system was driving.

The 2018 Cadillac CT6 sped along U.S. 23 under the direction of Super Cruise. Traffic was light and the weather was perfect. The system held the Cadillac sedan in lane and responded appropriately to traffic. I spent an hour on the expressway and touched the steering wheel and pedals only a few times.

Super Cruise made the drive boring. I think that's the point.

Here's how it works

Super Cruise is available once the driver navigates the vehicle onto an expressway. When ready, a little icon is displayed by the speedometer and the driver hits a button on the steering wheel to switch it on. 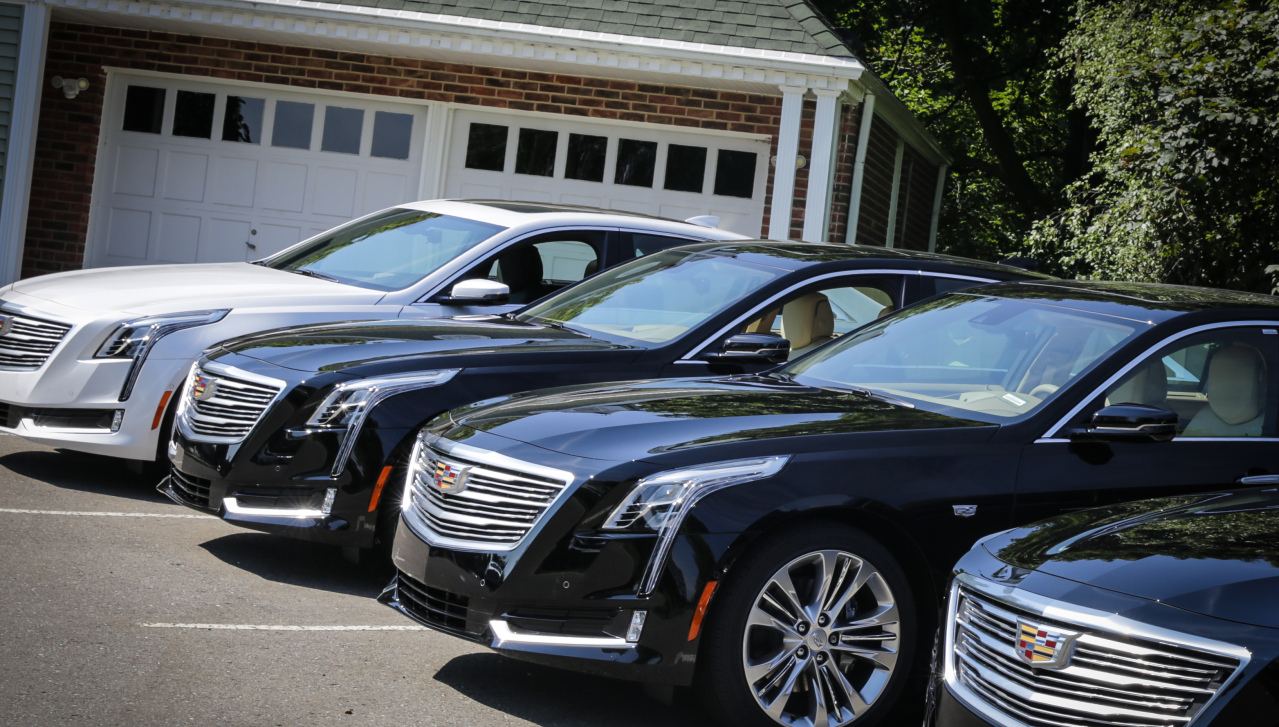 When active, Super Cruise controls the steering and speed, but again, only on an expressway. This is done through onboard sensors and using GPS and mapping data. GM employed GeoDigital, a startup in GM Venture's portfolio, to map 160,000 miles of expressways in the U.S. and Canada. The car company then used Super Cruise-equipped vehicles to test each mile.

This combination of onboard systems combined with map data makes the system feel polished and sophisticated. During my admittedly limited time in the vehicle, the CT6 precisely held its position in the lane and confidently handled sweeping curves at speed. There was no wiggling or squirming — from the Cadillac or myself. The car was in control, and I felt safe.

Although the driving conditions were perfect for my test ride, during adverse weather, the system will work normally until one of the key systems is unable to operate. Say heavy rain is affecting the front facing camera from capturing data, or side cameras are unable to see lane markers because of snow — at this point, Super Cruise will alert the driver, and after the driver has regained the wheel, the system will turn off.

Super Cruise is Cadillac's answer to Tesla's Autopilot. The system shares a lot of the same marketable points, but there are key differences. For one, Super Cruise only works on expressways. Cadillac's system also lacks several autonomous features found on Autopilot including the ability to pull the car out of a garage and change lanes by using the turn signals.

Cadillac's version of this technology is, as the Super Cruise name suggests, a smart version of cruise control.

Cadillac is quick to point out Super Cruise is the first true hands-free driving system for the highway. That's a direct shot at Tesla's Autopilot, which requires drivers to put their hands on the steering wheel every few minutes. Cadillac's version uses an IR sensor mounted on the steering column that monitors various aspects of the driver to ensure they're paying attention. During my time with the CT6, I went a significant amount of time without touching the steering wheel.

Tesla's system is slightly different. After it debuted in 2015, videos started popping up showing drivers climbing in the backseat while the car was driving. Because some people are idiots, Tesla had to implement a system to ensure drivers were still alert and part of that is requiring the driver to touch the wheel.

It feels like Cadillac built Super Cruise with these Tesla goofball videos in mind. Sensible safety checks are present throughout the system even though, in the end, drivers do not have touch the steering wheel at all to use Super Cruise.

Super Cruise's IR sensors tracks eye location and head movements. As long as the driver looks at the road every seven to 20 seconds, the system works as expected. The faster the vehicle goes, the shorter this interval becomes. Essentially, if you're stuck in traffic, crawling along at 20 mph, you're less likely to make a mess eating a taco.

Let's say a driver fails to watch the road. At this point the car uses different levels of alerts that escalate in severity. First, the light bar on top of the steering will start to flash green and then red. If this doesn't cause the driver to look back at the road, the seat starts to vibrate or an alarm sounds and the car starts to coast.

If a driver fails to respond to the previous warnings, the alerts go batty. A spoken alert will urge the driver to regain control of the vehicle. Meanwhile, the car had activated the hazard lights and is using onboard sensors to safely comes to a stop in its lane. A call is also placed to OnStar to see if the driver needs medical attention. If it comes to this level, Super Cruise cannot be reactivated until the car is turned off and turned back on.

These systems follow a logical order of operations. I tried to break them during my drive in the CT6. Closing my eyes activated the system as well as looking away too long. It's nearly impossible to miss the flashing light on the steering wheel. The alarm is loud. Though I didn't test the final warning protocols, my experience tells me that a person would have to work hard (or be in genuine distress) to hit this level.

Super Cruise is nearly a SAE Level 3 automated driving system, though it's still likely Level 2 technically for the purposes of regulatory compliance, given that it requires a driver to be paying most of the time. But GM won't say specifically how they classify the car by SAE standards. Instead, during my time with a handful of Cadillac engineers and marketing executives, when pressed, they would completely push aside assigning a label. Instead, they said repeatedly that this is a "hands-free driving system for the highway," explaining that most consumers do not understand the SAE levels anyway.

Cadillac built a fantastic system with the Super Cruise. Its next task is to sell it to consumers.

Super Cruise is unlike anything currently offered for sale from the Detroit Three automakers. As such, it's likely Super Cruise will be the first autonomous system buyers will experience. Dealers will have to answer plenty of what-ifs, and it's important to remember that Cadillac salespeople are not Cadillac employees. Tesla salespeople are employed directly by Tesla.

Cadillac has a large task of educating dealers and consumers alike about the benefits and limitations of Super Cruise. It won't be an easy task. General Motors will have to rely on independently owned dealerships to correctly position this product and train buyers on its capabilities.

General Motors has packaging on its side. For better or worse, Super Cruise is built into the CT6 like a standard system and not something a driver must use every time they're on an expressway. This should help timid buyers.

Super Cruise feels like a feature ready for the masses. The system is deeply integrated into the vehicle and using it is akin to using cruise control or turning on the lights. There's a button for Super Cruise on the steering wheel. Press the button when the system is available and it works. It's that easy to turn a driver into a passenger.

Written by Matt Burns for TechCrunch.