That one time “Why not?” resulted in a practical decision.

The new Panamera has already proven itself as an impressive machine that balances of comfort, pace and sometimes-physics-defying handling abilities. So why does the Porsche Panamera Sport Turismo exist? After long ago proving it can make hot cars that aren't two-seat sports cars, does Porsche need a reason to add another $100,000-ish wagon to its lineup?

Two reasons spring to mind. First, well, why not make the standard Panamera a little more practical? Second, according to Porsche the 2012 concept of the same name received an especially positive reception. But back then, the wagon-esque rear end of the concept fixed the Panamera's most controversial styling feature – its bulbous trunk-like hatch.

The Sport Turismo name itself is Porsche's way of saying this Panamera is not the most practical wagon, much like how it shies away from calling the Panamera "sedan" the hatchback that it is. With 49 cubic feet of space once the rear seats are folded, there's just a bit more space than in the standard Panamera, and slightly less than in the Macan SUV – itself not exactly known for its load-lugging abilities. This is no Mercedes or Volvo wagon, but the Porsche is certainly spacious inside, seats up or down. 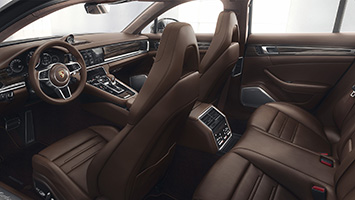 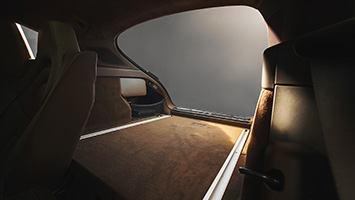 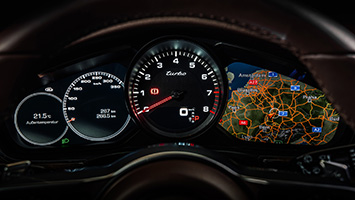 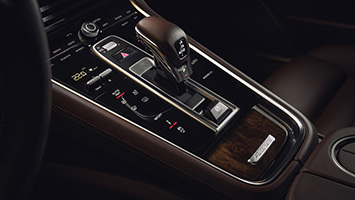 It's the only Panamera that gets a fifth seat belt, too, although the seat that belt is associated with is so minimalist that Porsche calls the Sport Turismo a "4+ 1." It's so cramped that the optional four-seat configuration with a center console, like that on the standard Panamera, is likely to be a popular option. Two adults will be comfortable back there, especially those taller than 6 feet, thanks to the Sport Turismo's higher roofline. Only one wheelbase is offered, unlike the sedan's longer Executive variant that offers more generous rear legroom.

While Porsche says the Sport Turismo differs from Panamera sedan from the B-pillars back, everything else is nearly untouched. Walk up, open the driver's door and sit inside, and you'd be hard pressed to find any differences. The new Panamera's low seating position, fingerprint-magnet of a center console, and fantastic driving position are all here in this slightly more practical variant.

In the United States, the Panamera Sport Turismo comes only in four all-wheel-drive forms this year. The Panamera 4 with the 3.0-liter turbo V6 and 330 horsepower serves as a way to keep the base price below $100,000, while the 4S gets a substantial boost from a 440-horse 2.9-liter biturbo V6. The 4 E-Hybrid combines the 4S's turbo V6 and an electric motor for a combined 462 horsepower. And the almighty Turbo, boasting 550 horsepower from a 4.0-liter biturbo V8, is currently the top Sport Turismo. 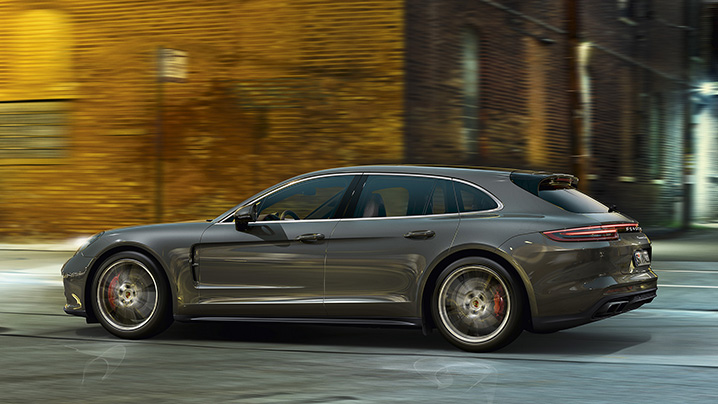 On roads near Victoria, British Columbia, the Turbo Sport Turismo proved a predictably rapid vessel, just like the sedan we drove last year. The roughly $10,000 worth of Porsche Dynamic Chassis Control and torque vectoring, Sport Chrono Pack and rear axle steering had something to do with how well the Panamera behaves when pushed, sure. But even in its most comfortable and relaxed mode, its sharp responses do a remarkable job of making you forget you're behind the wheel of more than two tons of wagon. Finally, the AMG line of fast wagons has something to fear.

We also broke away for a brief drive in the not-for-U.S. 4S Sport Turismo powered by the 4.0-liter biturbo V8 diesel. Its 416 horsepower is impressive enough, but the predictably monstrous 627 pound-feet torque figure is 59 better than even the Turbo. In the Panamera, and perhaps especially the Sport Turismo, it highlights the car's grand touring abilities. But do we really need to tell you why the 4S Diesel isn't coming to the U.S.? Porsche Cars North America (and the Environmental Protection Agency, for that matter) would rather point you to the E-Hybrid for your torque and fuel economy needs.

That E-Hybrid, though, makes an excellent case for itself. Using the 4S's powerful 2.9-liter biturbo V6, and mated to an electric motor, it's plenty fast in electric-only mode. Put it in Sport Plus mode, and not only do you get more urgent responses from the steering and accelerator pedal, but braking and coasting also charge the battery up, to the point where you can comfortably switch back into E-mode before the homeowner's association issues a noise complaint. While it may not have the V8 soundtrack or outright speed of the Turbo, the E-Hybrid is perfectly satisfying and $50,000 less. 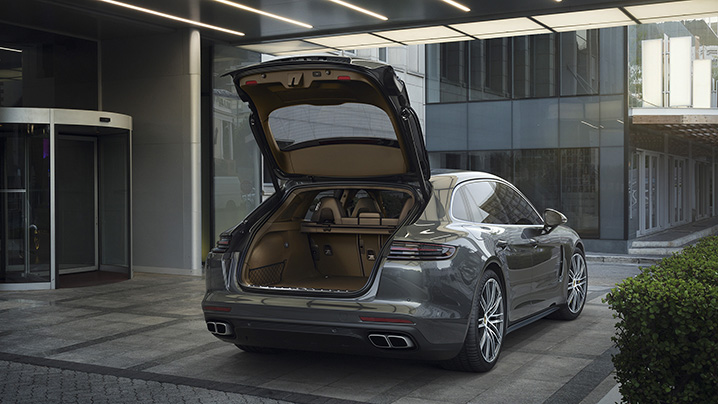 Some may sneer at the prospect of spending well into six figures for a wagon, or even at the fact Porsche has built a wagon at all, or that one of the company's SUVs is actually the far more practical proposition if people and things are Priority Number One. But 30 years from now, it's a safe bet the Sport Turismo will be looked at more fondly than a Cayenne or Macan of a similar vintage.

Mercedes may make a more commodious wagon, Volvo an even more stylish one and, for all we know, Jaguar could get crazy again and make another XFR-S Sportbrake. But as an exercise to combine everything a driving enthusiast might need in one car, the Porsche Panamera Sport Turismo is an extremely compelling answer to the "If You Could Only Have One Car ..." game.

And to think: Porsche did it just because they could.