There's something that's been bugging me every time I consider the big European automakers' model positioning strategy: the top version of everything is the sportiest. It's universal, nearly. And I'm convinced that many buyers gravitate towards these sportiest models simply because they're on the top of the heap. I love a sporty car, don't get me wrong, but does everything need a sporty version?

The best Mercedes E-Class? Well, there are two models higher than the wonderful E400 Wagon, and they're both AMGs. The lovely Audi A6 lives in the shadow of the S6, and the A7 in the shadow of both the S7 and RS7. And so on, and so forth. Outshined, the second-best big sedans must be a little self-conscious (if you'll allow the anthropomorphization).

This is a roundabout way of praising the Volvo S90 T6 AWD Inscription for its lack of pretense. This mid-sizer packs a little inline-four engine that's strung out half to death, huffing on both a turbo and a supercharger to produce 316 horsepower from two liters. The upcoming T8 hybrid version will make more power thanks to the addition of electric motors, but there's not room to fit a larger gasoline engine underhood – everything built on this architecture, like the XC90, uses a family of four-cylinders with varying degrees of forced induction to achieve different power levels. 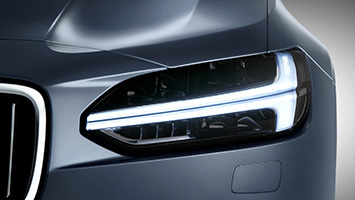 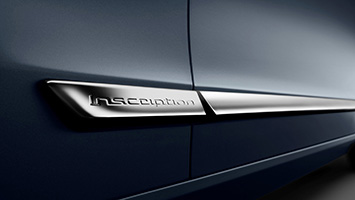 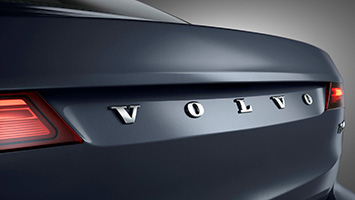 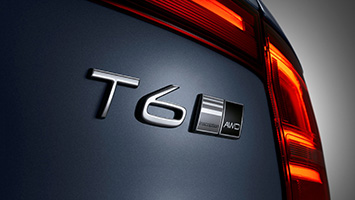 And while Volvo has an AMG/M/S analogue, Polestar, at the moment it hasn't built a full-bore S90. There is, to be fair, a Polestar "optimization package" – basically a software tweak – coming soon that'll bump power up to 330 hp. And there are rumors that a real Polestar version might be on the way, perhaps combining the hybrid drivetrain with an even more manic triple-charged inline-four.

I really wish Polestar wouldn't. The S90, freed from the option of aping the German competition, really comes into its own. I spent a week with one finished in a subtle silver-blue with light leather inside, and I appreciated very much that there's no S90 Polestar to throw shade at it. This is the top S90, at least for the moment, and the car is clear about what it is and isn't. Finding a European luxury car comfortable enough in its sheetmetal to simply be a luxury car, and nothing else, is refreshing.

To be fair, there's a bit of selectable sportiness lurking in the drive mode settings. You can ask for quicker steering, more aggressive throttle and brake calibration, and stiffer shocks in the "Individual" mode a la carte, or choose the most aggressive all together in "Dynamic." Some of this is posturing, but spend any time with the "Powertrain Characteristics" setting moved to frisky, and it's tough to go back to the sluggish "Comfort" setting. I found I left the steering at a lower effort, the suspension set to plush, and so forth. The aggressive brake setting made things too grabby, so I left that off, as well.

Overall, the powertrain provides adequate thrust. It's definitely torquey, but there's a bit of a horsepower deficiency that becomes apparent in freeway onramp and passing situations. The S90 weighs north of two tons, so it's not petite. Most of the time, the powertrain is somewhat out of mind, as it doesn't make odd noises, remains smooth and composed, and has enough oomph to get out of its own way. What really captures your attention is the lovely styling, both inside and particularly from without. 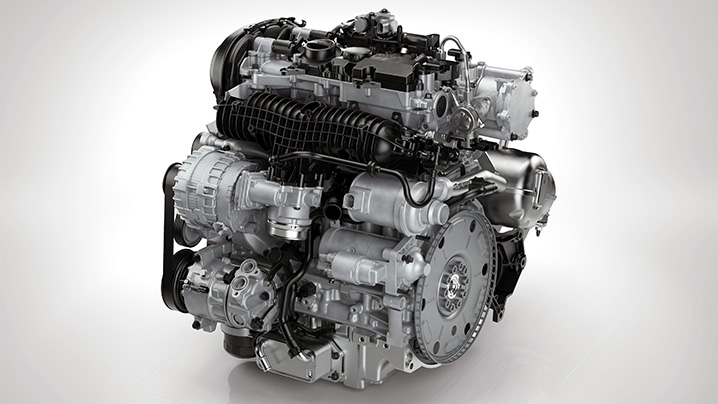 The color is called Mussel Blue Metallic, and it's a credit to the car's design that it garnered so much attention. My neighbor, walking his dog, found himself poring over the car to the point he was worried our other neighbors would call the cops on him, thinking he was casing the thing. He couldn't remember seeing a car so striking. And really, neither could I – not in this segment. Maybe the Tesla Model S, when new, had this sort of impact, but I rarely get these kinds of interactions when driving competing European sedans around.

There's a cohesion to the styling, and a sophistication, that makes a half-mockery of the German automaker's ideal of understatement, and everyone else's "look at me!" aspirations. It's not minimalist, but it's clean and crisp. The way that the lower door trim interfaces with the rockers – not something I'd normally spend much time looking at unless it was offensive – is fantastically complex. The "Thor's hammer" headlight element, which could easily have been a campy distraction, is instead a subtle and sophisticated touch. My only personal gripe is the fact that I'd like the Volvo script to reside in the big scallop Volvo carved into the trunk, not above it. It draws attention to the negative space there and looks a little odd.

The interior feels special without resorting to the bling Mercedes encrusted the S-Class with. There's soft, wonderful leather that fills the cabin with a slight scent of modernity. It's like a high-end glove store in there. The front seats combine a futuristic shape (think Design Within Reach – actually, a metaphor for the entire car's aesthetic and positioning, really) with the sort of all-day comfort I associate with the big, blocky, fundamentally un-sexy 1980s Volvo 240 type of seat. I appreciate the minimization of buttons on the center console from an aesthetic perspective – the Sensus touchscreen absorbs almost all of the functions save a few redundant audio controls – even if I miss the touch and feel of traditional buttons. Sensus' haptic feedback is better than most, but it's not the same. At least Sensus makes up for being balkier and less convenient than a row of buttons by looking really cool. 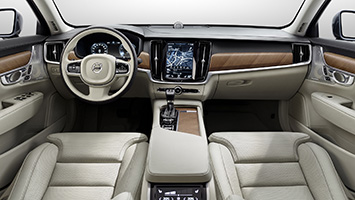 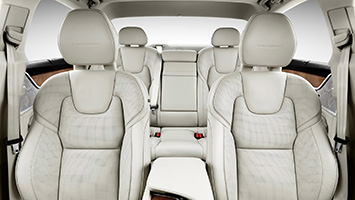 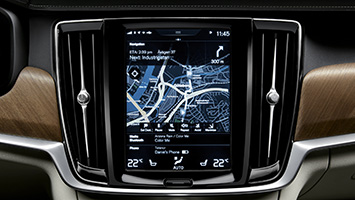 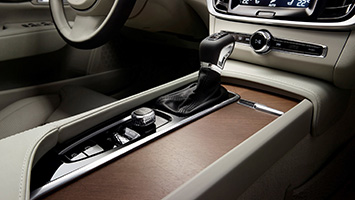 Spanning the dash is a meaty hunk (a spar?) of naturally finished, exposed-grain walnut. It looks great now, but I fear it'll be extraordinarily dated in a few years. Not so with the interior door handle. When's the last time you appreciated a door handle's sculpted curves and seamless integration? Peek inside an S90 and gaze at the door for a second. Not every bit of the interior holds up to close inspection – the chintzy headliner is a drag – but I spent more than a moment taking that door handle in. It's something you'll touch every time you get in the car, and it feels as good as it looks. It's amazing how some automakers get these fundamentals wrong. Make the stuff people touch every time they get into the car look and feel good, I say.

The Volvo S90 appeals to me as an antidote to the conventional wisdom in this segment, and I think most Volvo S90 buyers will likewise be large-sedan nonconformists. That's wonderful, and I encourage this resistance to norms, because this is a lot of car for the money. The base Momentum starts at $47,945 with the T5 FWD configuration, the Inscription T6 AWD starts at $56,445, and the loaded-up test car was $66,105. There's not much upward room for the price after that, unless you load up with dealer-installed accessories.

For a reasonable sum, the S90 packs comfort without much intellectual baggage (think of the frumpy reputation Buick and Cadillac still are trying to shed after years of peddling unsophisticated comfort), and without the unneeded posturing of a couple hundred more horsepower or a meaningless 0–60-mph statistic. Finally, and more importantly, the sheetmetal and interior are aesthetically interesting, crisp, and pleasing. Aesthetics sell cars, certainly, and so the S90 has a real asset there.

Will any of this convince a buyer to forgo the prestige of an AMG? Doubtful, but I think there's room for comfortable and sophisticated cars to stand on their own. Get close to a Volvo S90 and you'll see what I mean.