Joel Stocksdale
We all like to think we're pretty serious car enthusiasts, but it takes a special kind of dedication to preserve and maintain a car collection in the middle of a war zone. Mohammed Mohiedin Anis has that special dedication. According to the AFP news agency, he has been doing his best to keep his collection intact for more than a year as the battle for Aleppo has raged on.

He would hide seats and steering wheels as a theft deterrent, and from a video the agency shot just over a year ago, he would still try to keep them cleaned and cared for as best as he could. His cars still suffered damage, as shown by bullet holes in his Hudson, but he did his best. He eventually had to leave for a while when the fighting got worse. 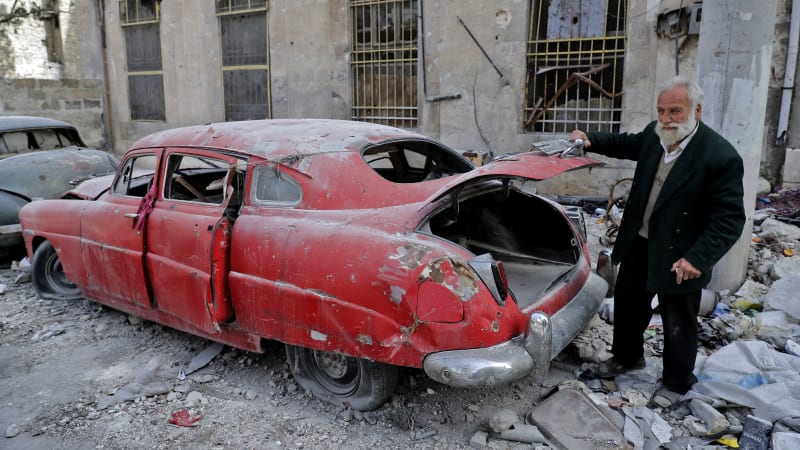 The video above from AFP shows him back at his home, having recently returned after the Syrian army regained control of the city. He found his collection even worse for wear. AFP reports that his original collection of 30 cars has dwindled to 20 due to thefts, and seven of the cars have been impounded by police. Among the cars that he still has are a VW Thing, a late-1950s Chevrolet pick-up, a 1956 Mercury Montclair, a 1949 Hudson, and a few Buicks visible on the street. One of the those Buicks is seen in the video above under a collapsed wall. According to AFP, he also has a trio of Cadillacs. 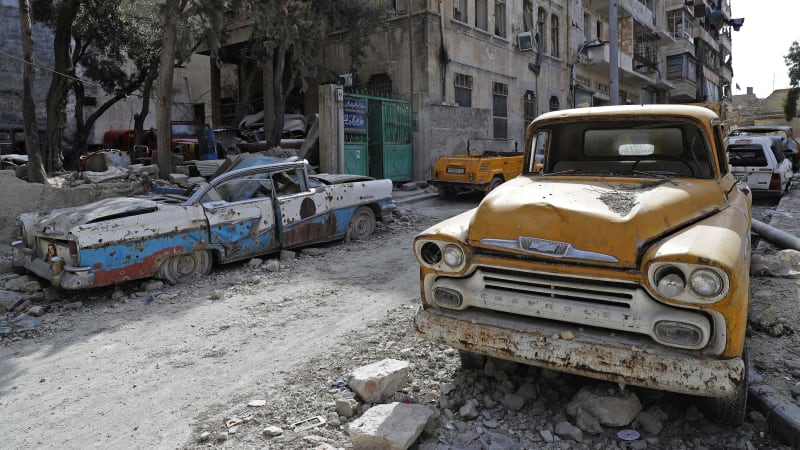 Anis is undeterred, though. In fact he told the news outlet that he intends to start fixing his cars even before his house, which he is currently living in again. That house isn't in good shape, according to the AFP photographer who spoke to the The Washington Post, suggesting portions of it could collapse. He also has no plans to sell the cars, and has declined past offers for them, and instead intends to eventually give his cars to his eight children.