Joel Stocksdale
Needless to say, recording driving footage is popular with car enthusiasts. Need evidence? Check out the new GoPro app from Jaguar, and the Corvette's available data recorder dash cam. It seems Ford wants in on the action, too, according to a patent filed by the company. It shows a fancy camera mount that can gather information from the car, and can rotate the camera as needed.

According to the patent, the device could be mounted in an array of locations such as the dashboard or windshield, and it should accept a variety of cameras. Inside is a motor that can rotate the camera clockwise or counter-clockwise. The patent describes the mount's ability to receive information from the vehicle, such as speed, steering inputs, and even GPS data that would allow it to automatically adjust the camera position. So it could turn left as you steer left to stay focused on the road ahead, or it could move in the opposite direction to keep it trained on a specific point. 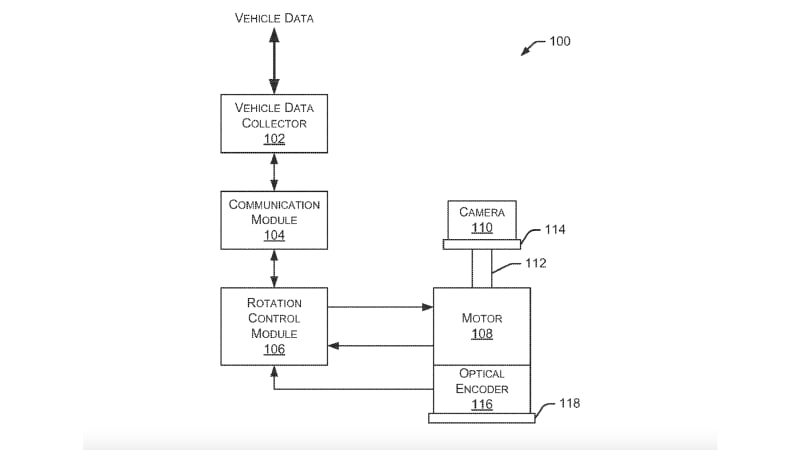 The patent says the mount could even be controlled by someone in the car. It suggests the infotainment touch screen or steering wheel controls could be used. We could see this being great for filming another car on the track. Also suggested is mobile device connectivity, which could allow someone to use a phone or tablet to control the mount.

We also see an opportunity for another way to use the vehicle performance data to which the mount would have access. If Ford offered a mobile app, such as the one Jaguar developed, a mobile device could record the camera footage and then overlay it with performance data. We bet there are some Shelby GT350 owners that would take advantage of it at their next track days.