A first-year example of GM's ambitious but flawed mid-engined two-seater. The Pontiac Fiero endured a lengthy gestation period, with many redesigns and compromises, before production commenced for the 1984 model year. Once Fieros started hitting American streets, the weaknesses of the little two-seat Pontiac became evident, but the car looked good and worked well as a gas-sipping commuter... right in time for the collapse of gasoline prices in the middle 1980s. Here's a first-year 2M4 I spotted in a San Francisco Bay Area self-service wrecking yard. 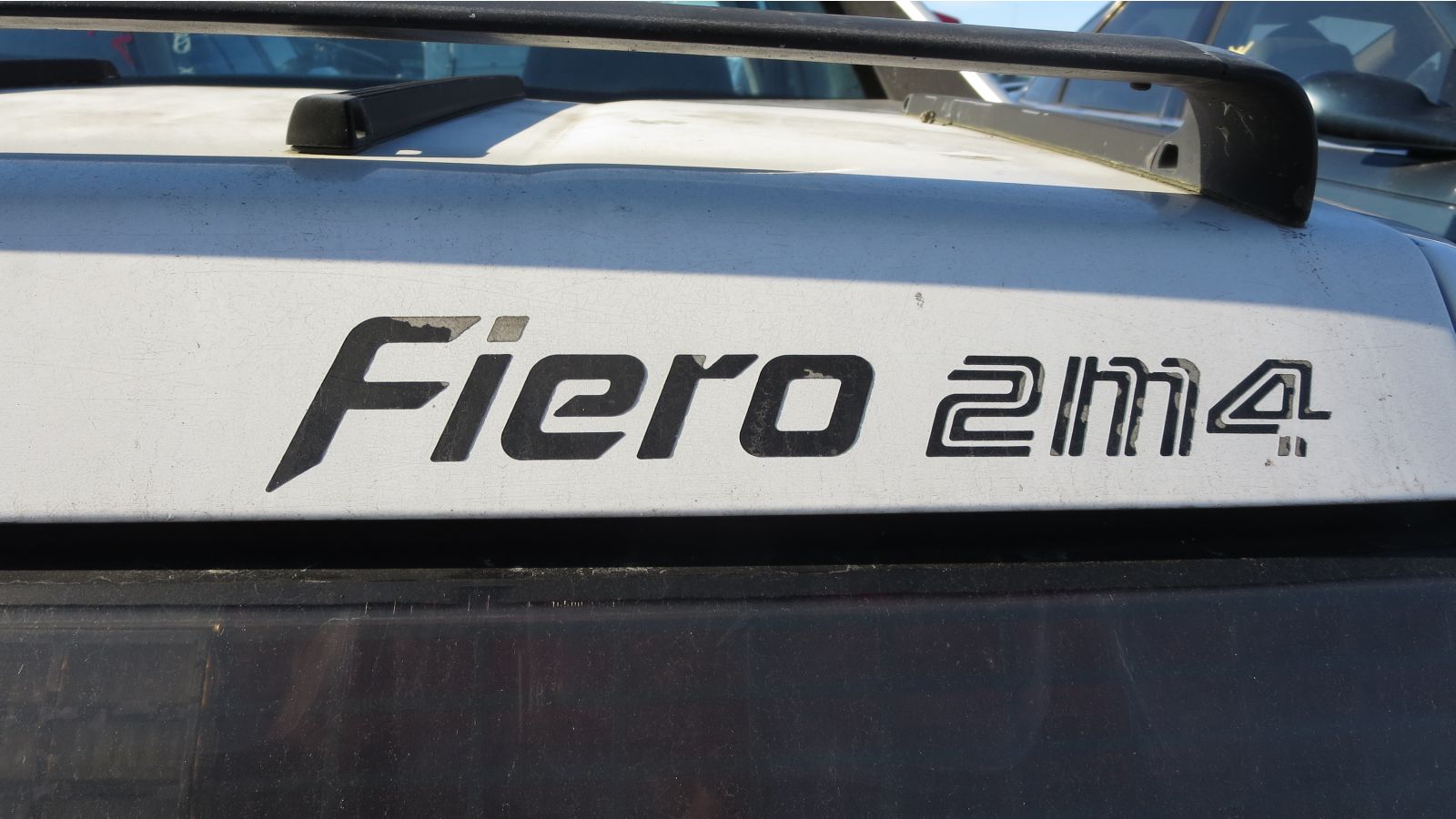 2M4 stood for " 2 seats, Mid-engined, 4 cylinders" and was the badging put on the Iron Duke-equipped Fiero coupes. Sales were pretty good in 1984, but plummeted in subsequent years. 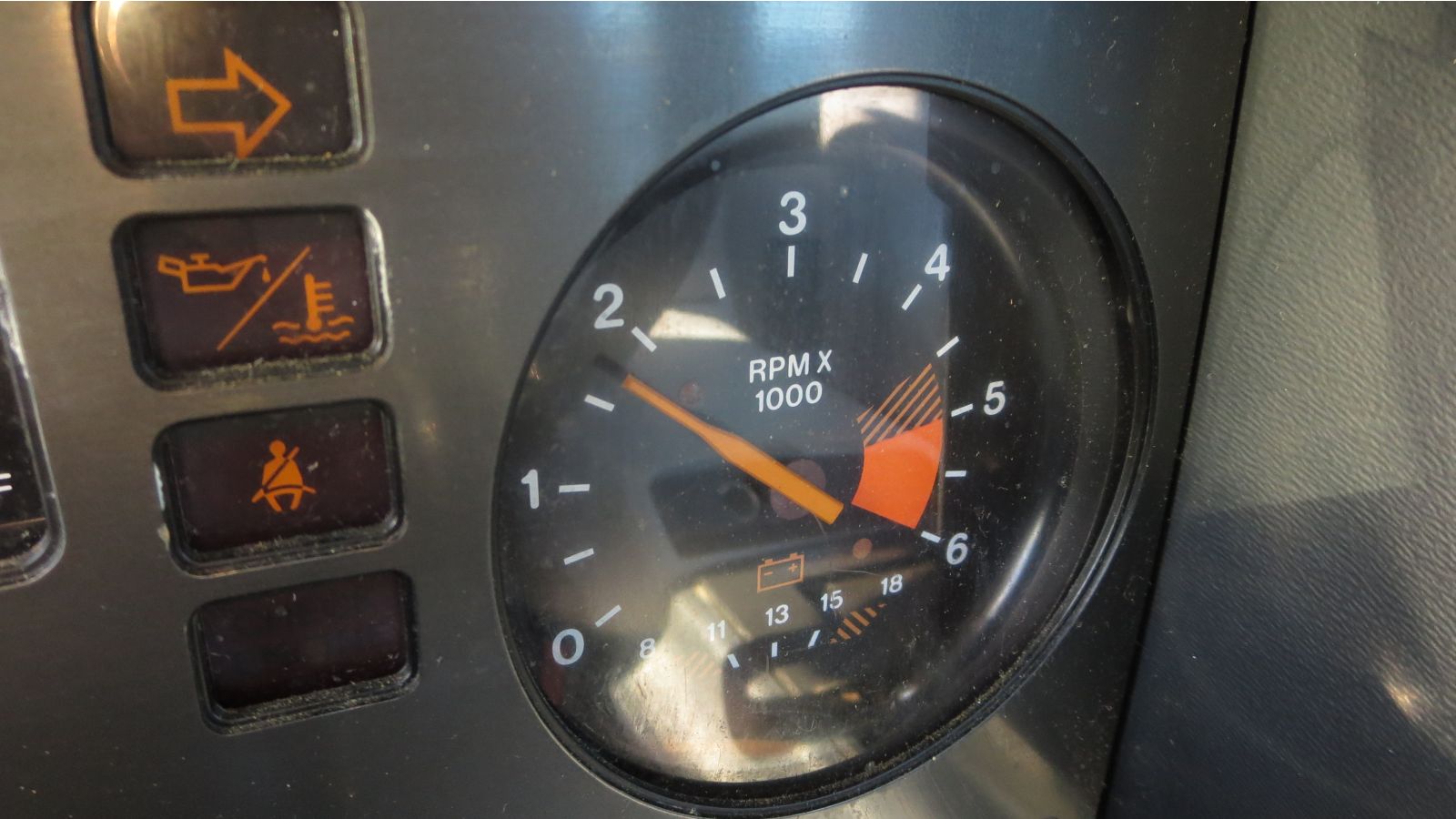 As I find in most junkyard Fieros, the engine-cover release cable had snapped and I couldn't get any photos of the 92-horsepower Iron Duke four-cylinder in the back. The tachometer, showing a grim 5,000 rpm redline, tells the whole story of this car's not-at-all-sporty pushrod four, which was based on one bank of the Pontiac 301 V8. 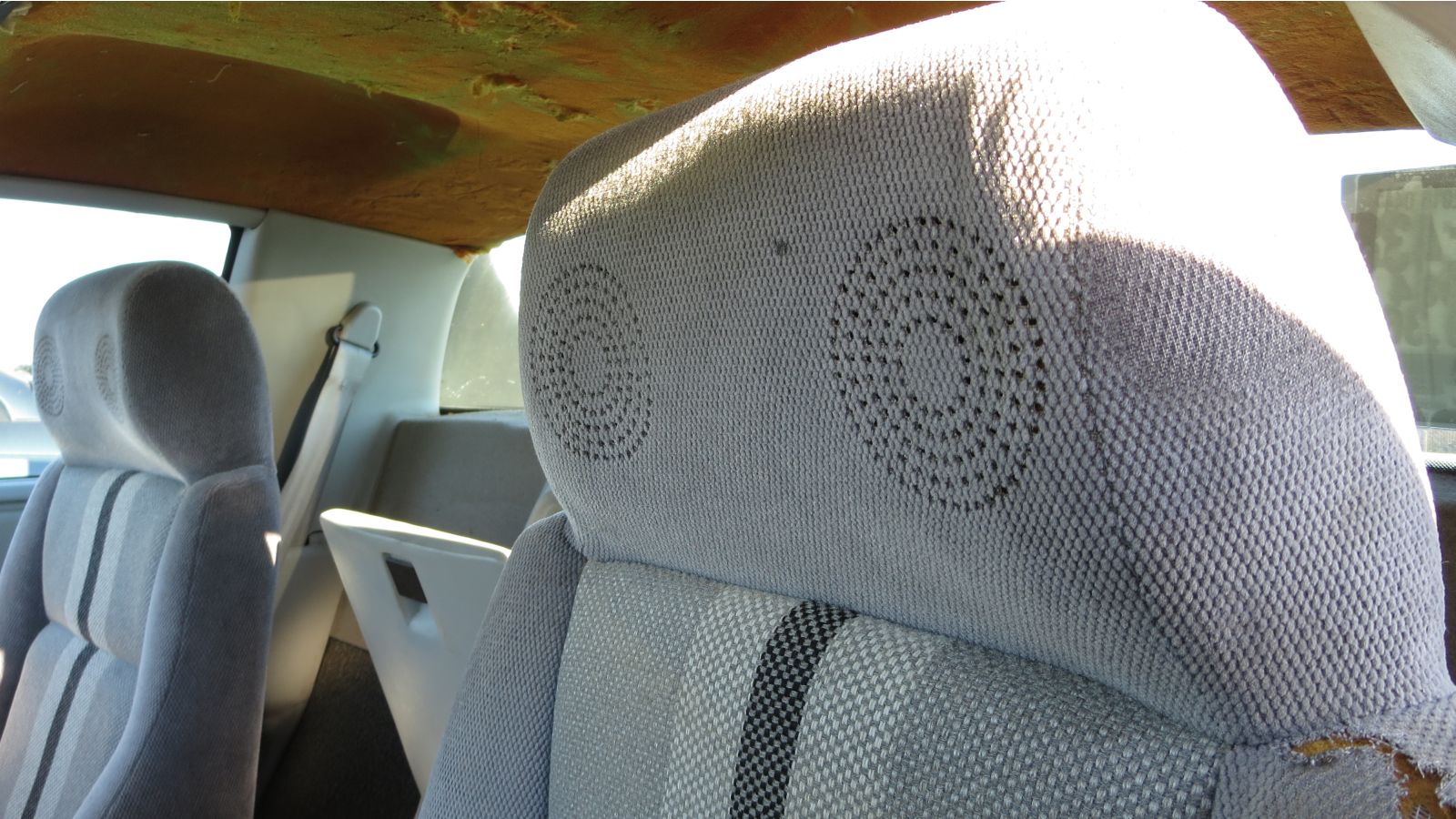 Headrest speakers! It's hard to get more 1980s than this. 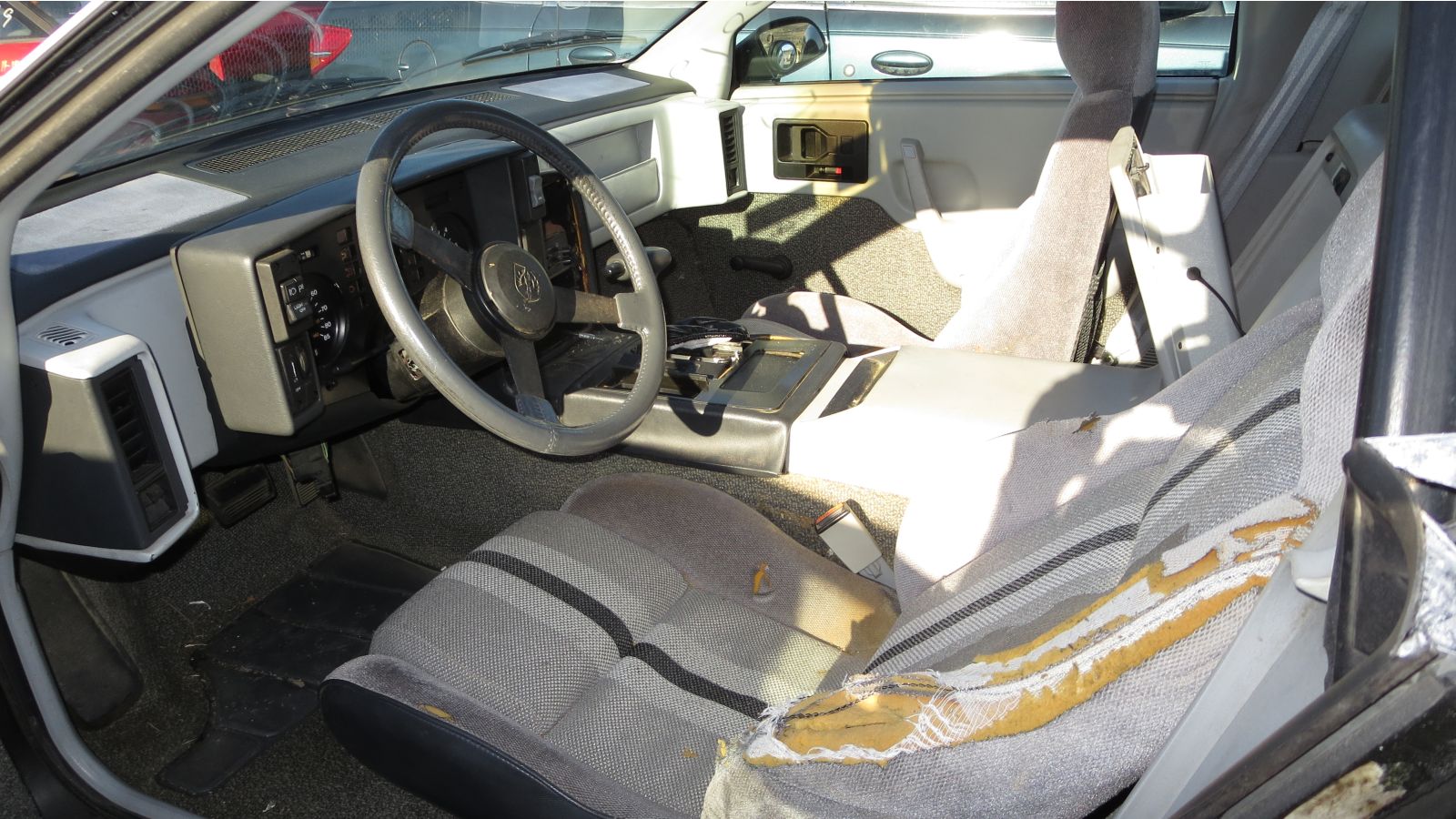 Just to ensure that no fun could be had in this car, the original purchaser specified the automatic transmission option to go with the Iron Duke engine. The Fiero was quite heavy for such a small car: 2,458 pounds, versus 2,130 for a Bertone (Fiat) X1/9 and 1,819 for a Honda CRX). 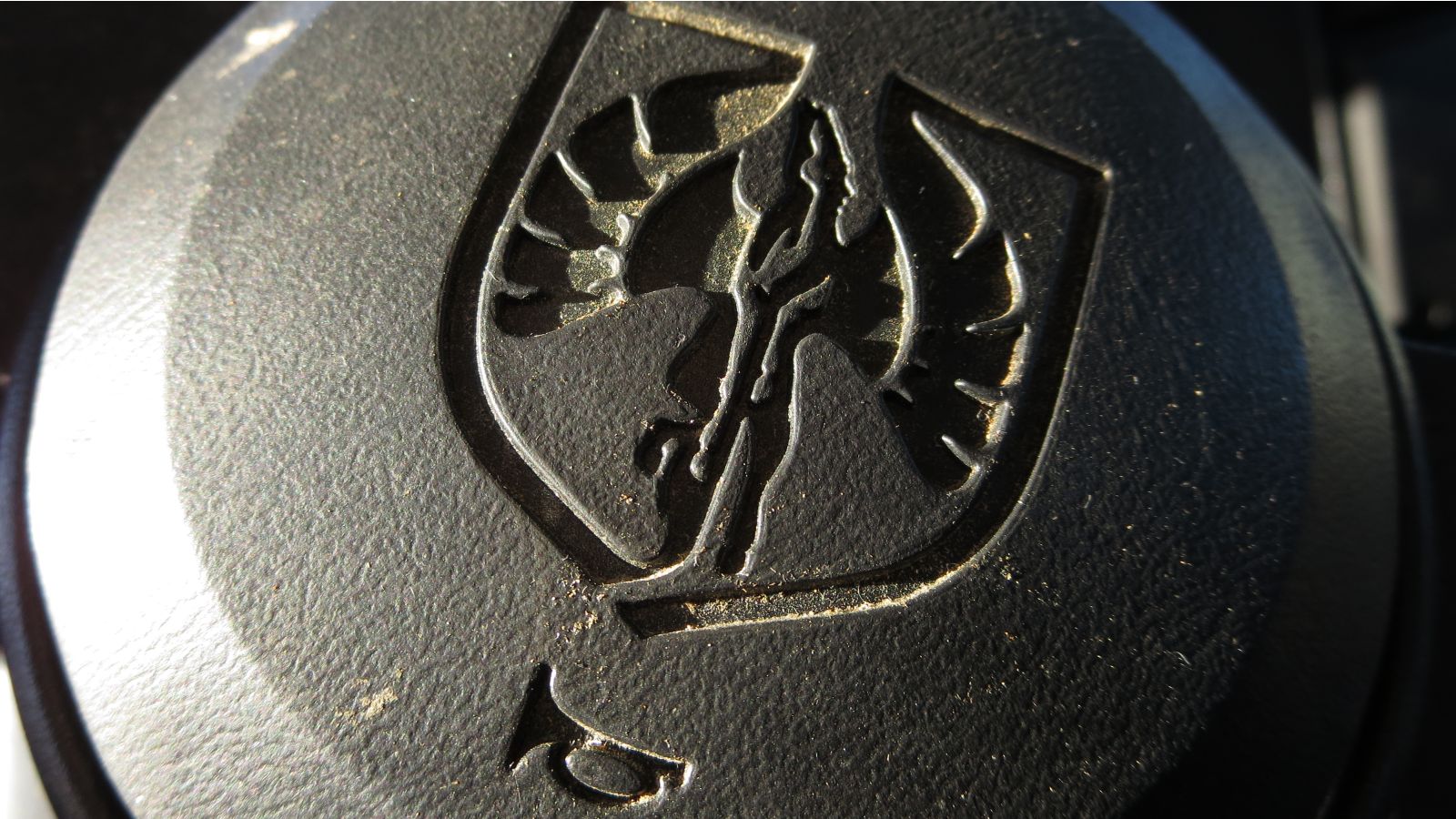 For the 1988 model year, GM put together the Fiero they should have made all along, complete with redesigned front suspension (replacing the parts-bin Chevrolet Chevette stuff that went in the 1984-1987 models). Sales did not pick up, unfortunately, and the Fiero program ended that year.

The car of choice for 1980s women equipped with large hair volume.