Beats out four other plug-in contenders.

Sebastian Blanco
We knew that a plug-in vehicle was going to win the 2017 Green Car of the Year award this year, given that all five finalists have a way to charge up. And when Ron Cogan, the editor and publisher of Green Car Journal, announced the winner – the 2017 Chevy Bolt EV – he said that the car itself represents one of those times in the auto industry when everything is about to change. Similar to the invention of the starter motor, things are about to get different. For now, though, the fact that the Bolt EV won an award sounds like the same old thing all over again. Just this week, it was named Motor Trends Car of the Year and to the Car And Driver Top 10 list. 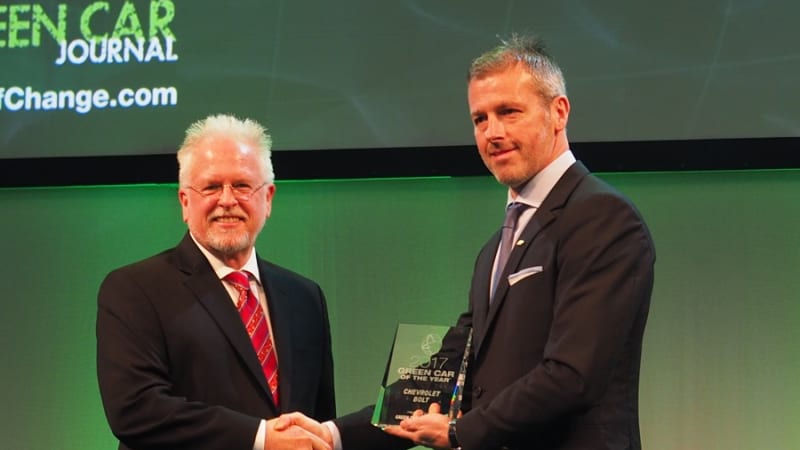 The other four finalists for Green Car of the Year included the Toyota Prius Prime, the Chrysler Pacifica, the Kia Optima (including hybrid and plug-in hybrid models) and the BMW 330e iPerformance. Last year, the winner was the 2016 Chevy Volt. Did Green Car Journal make the right selection this year?

See the award ceremony below.