Thanks to the "King of Snapchat" DJ Khaled, we now know that Ford will show its new EcoSport subcompact SUV in LA next Monday. DJ Khaled posted a Snapchat video last night promoting the event and mentioning the vehicle's reveal. The "Go Small. Live Big" event will last three days and feature various musicians and examples of people doing a lot with a little, which is clearly a nod to how Ford wants people to see the EcoSport. 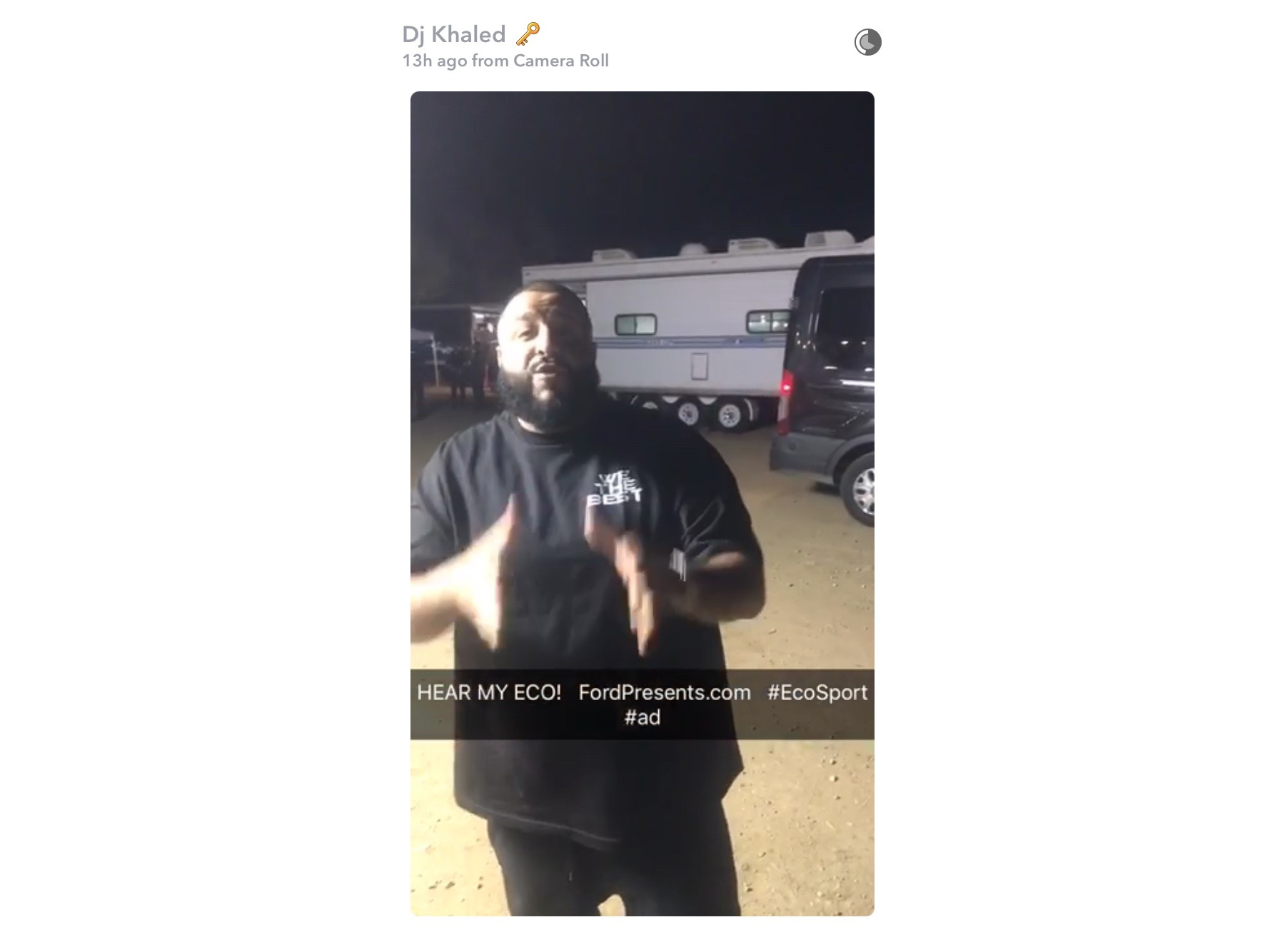 We contacted Ford for more information, and a spokesperson confirmed the reveal is happening on the night of Monday, November 14. Ford won't confirm which markets the model being shown will br offered in, but given that the unveil is happening in the States, we're very confident the model Ford shows next week is bound for America. (If you haven't noticed, crossovers are the thing right now, and the subcompact class is quickly getting crowded.) We did learn something else: Apparently you're supposed to pronounce the name Echo-Sport, according to a Ford representative.

The EcoSport, for those unfamiliar, already exists – it's a little crossover based on the Ford Fiesta that has been on sale for a while in other regions. We've seen camouflaged EcoSports running around Michigan since last December, including one with a fascia derived from the current Ford Escape. The EcoSport, along with a new Bronco, will likely be counted as one of four new SUVs Ford adds to its US lineup.

The unveiling will be broadcast Monday night on Snapchat, so you can follow along from home. And if you're in the LA area and want to attend, you can visit the event's website for tickets. We'll be there and plan to bring you all the details of the little crossover here on Autoblog, so be sure to check back next week.