The future of automotive design is sexy boxes

A living room on wheels, essentially.

Joel Stocksdale
Thanks to electric and autonomous technologies, car design could radically change in the near future. To help illuminate the future of car design, three car design experts spoke in a panel at the Autoblog Upshift event. The consensus was that the future of cars will be based around "sexy boxes" that will help occupants find new ways to use their commute time.

Paul Snyder, chair of transportation design at the College for Creative Studies, brought up the term. He said that, as batteries can be placed in structures and motors in wheels, "nothing is sacred" when it comes to design. Snyder explained that this means classic design cues such as long noses could disappear, since they aren't needed anymore. As a result, we'll see those "sexy boxes" take over, since the only primary design constraint will be the physical size of the occupants.

Snyder did admit that it may be tricky to move past those traditional looks at first, saying his students still like to create vehicles with classic proportions. Mark Prommel, creative director for Pensa, explained some of that preference for classic forms. He said that we have a "visceral" connection to cars, and when cars have proportions that are just right, we can feel it. The good news for enthusiasts is that, even in a future of boxier cars, Prommel said the idea of emotional design disappearing "is a fantasy." 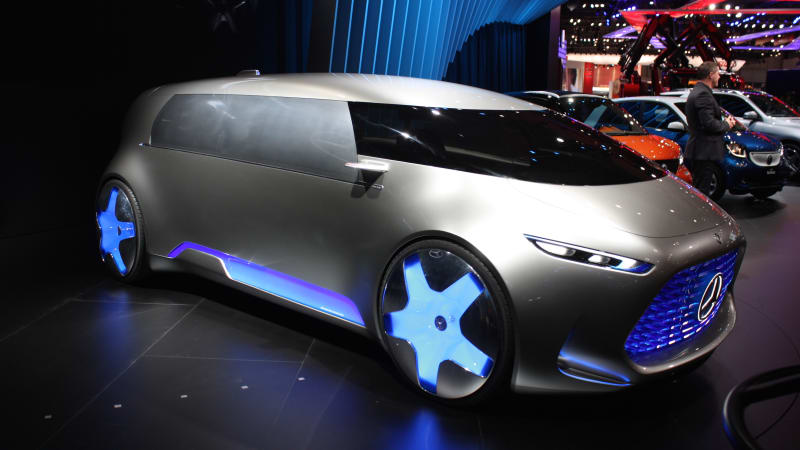 Along with the "sexy box" idea, Snyder also touched on how interiors can be changed radically as well, specifically that people don't have to face forward in a car that drives itself. Melissa Cefkin, anthropologist at Nissan, had some interesting insight on this seating issue. She said that the autonomous car means that people will have more time for other tasks, and those tasks will determine how we design interiors. She said that there's a very good chance we'll use that time for more work, and possibly socializing. As a result, we'll probably want seating with a table for setting up a laptop, as well as seating that allows us to see each other and chat – something we've seen in autonomous concept car design already.

Cefkin also said forward facing seating shouldn't be discounted. Her explanation was that sharing a view with other people is an important part of human socialization – think about hiking with a friend and checking out the vista at an overlook together. She also highlighted the possibility that interiors will become more open to the car's surroundings – even vehicles that open up completely to the outside. Bike and motorcycle riders often talk about their intimate connection to the environment they travel through, she said, and there's no reason autonomous vehicles couldn't provide the same sort of exhilaration.

So get ready folks, the future of autonomy could be flexible, transformable boxes where we can work and relax with our friends and family or be productive. Sounds nice, doesn't it?