It's the same prototype as before, but Ford looks like it's tweaking the aero package. This mule is wearing a wing similar to the one on the GT350R. Previously, it had a larger one. The GT500 has a deep growl with a bit of bass. It sounds like an old-school muscle car. The spies note there's no turbocharging noise – we don't hear any forced induction either – but the car is moving slowly. It does take off with some aggression when the driver realizes he's on camera.

Rumors have swirled Ford will use turbocharging to fortify the 5.2-liter flat-plane crank V8 to elevate it from 526 naturally-aspirated horsepower in the GT350. The Chevy Camaro ZL1 makes 650 hp and the Dodge Challenger SRT Hellcat pumps out 707 hp from supercharged V8s. The last-gen Shelby GT500 produced 662 hp from a supercharged 5.8-liter V8. Speculation now points to a GT500 debut at the 2017 Detroit Auto Show. 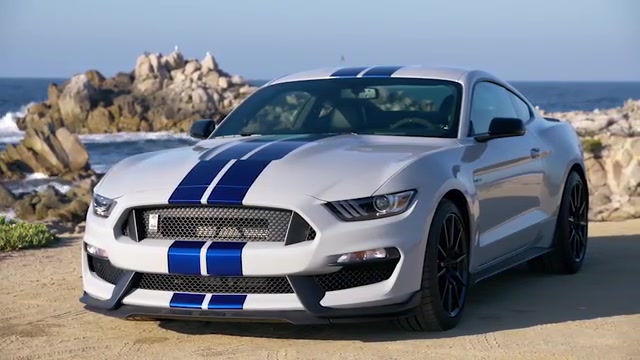