Tesla's not mentioned, but the ad shows what appears to be a Supercharger.

Danny King
When an automaker takes 373,000 advance reservations for a highly touted electric vehicle, that company can become a big target. A competitor, BMW for example, could then take aim at that target in an ad. As you might suspect from how all this is worded, the German automaker doesn't mention Tesla Motors or its Model 3 by name in the ad, as you can see above.

As it gets ready to start selling its 330e iPerformance plug-in hybrid, BMW launched a couple of advertisements during the Summer Olympics this month, Advertising Age says. While talking about the unnamed competition, the tag line says: "You will wait, and wait and wait some more." One ad shows a woman walking by two empty charging stations, which look an awful lot like Tesla Superchargers, on the way to her new BMW. The reference makes sense, as prospective buyers of the Tesla Model 3 will have to, uh, wait until at least late next year to get their new vehicles.

The 330e iPerformance PHEV goes on sale this summer and will start at $44,695, about $10,000 more than where the Model 3 is expected to be priced. According to one of the ads, the car gets a 72 miles per gallon-equivalent fuel-efficiency rating and can travel as far as 14 miles on electricity alone thanks to its 7.6-kWh li-ion battery. The car can also go from 0 to 62 miles per hour in about six seconds. You can read our "First Drive" review here.

BMW currently sells two plug-in vehicles in the US, both are under the automaker's i sub-brand. Through July, Bimmer has sold almost 4,400 units of its i3 battery-electric vehicle and almost 800 of the i8 plug-in hybrid supercar. In 2015, the two models had sales of 13,289 units, about double the 2014 numbers. 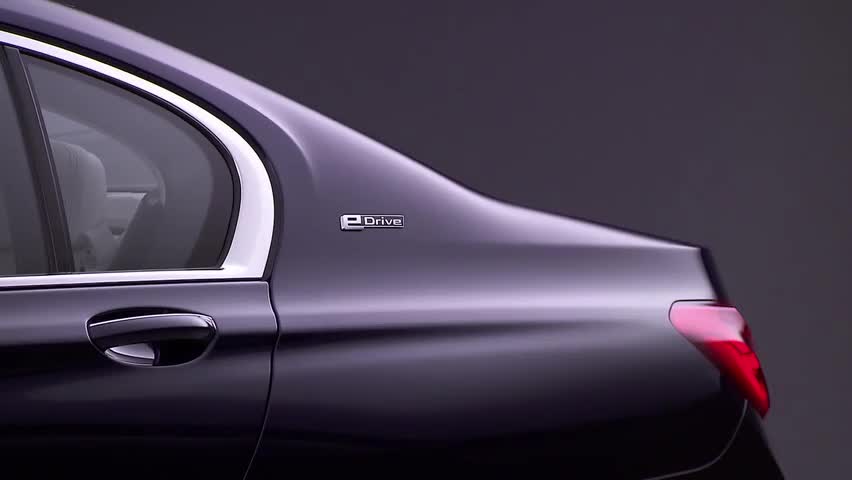