Noah Joseph
An epidemic of street racing in Dubai prompted local police to crack down on speeders. According to the BBC, law enforcement officials in the Persian Gulf emirate seized 81 cars, demanding tens of thousands of dollars from drivers and owners for the release of their impounded vehicles.

With a high number of cars per capita – including a large array of exotic supercars – daredevil drivers in the oil-rich country have reportedly been staging illegal street races on the long, straight highways stretching through the Arabian desert landscape. License plates are often removed in order to avoid identification as drivers reach speeds approaching 200 miles per hour to evade police.

This happens despite a staggering police motor pool packed with high-speed pursuit vehicles, including the Ford Mustang, Chevy Camaro, Mercedes SLS AMG, Ferrari FF, Lamborghini Aventador, and even million-dollar hypercars like the Porsche 918 Spyder, Aston Martin One-77, and Bugatti Veyron.

Dubai's police chief Major General Khamis Al Mazinah told the BBC that owners "were using or preparing to use their cars for illegal races. Other cars were caught in dangerous performances and reckless driving that endangered road users." The owners have three months to pay fines equivalent to $27,000, and offending drivers another $13,500, before police sell their vehicles. 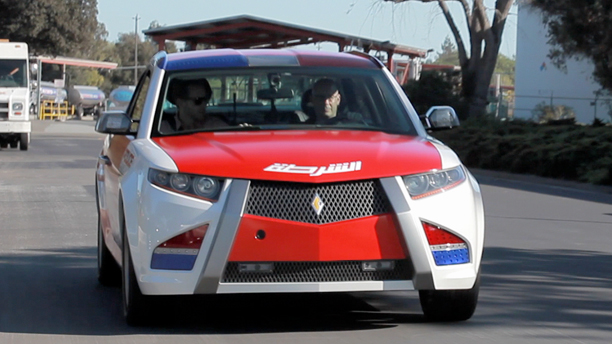