Is this the return of the long-rumored Pajun?

Anyone remember the Porsche Pajun? It was supposed to be Porsche's long-rumored entry level sedan before it mostly dropped off the radar. Now, it might have blipped its way back onto our screens, thanks to a series of spy shots showing what on the surface looks like a Panamera.

While our spies point to this being a coupe mule riding on a shortened version of the Panamera's platform, we're leaning towards a smaller sedan. Even with the rear windows obscured, the wheelbase and driver's seating position (which we'll admit is remarkably low and coupe-like) seem wrong for a two-door model, even a disguised one. The cutlines in the rear doors look too deep to be camouflage, and based on the look of those door handles, the rear doors are definitely real. As for what's not real, we wouldn't read too much into those rivet-like things at the front and rear. They're just there to secure the camouflage.

We might not be on the same page as our spies about what this car actually is, but they make a strong argument for its eventual styling, which should be a mix of 911 and Panamera. There's a slim strip of taillight hiding beneath the rear camo – you'll need to zoom way in, but the white housings are there – that reminds us of the new 911. It should be more Panamera in the front fascia, aside from the headlights, which might be the only styling element that draws inspiration from the 718.

Based on the state of this car, we're thinking it's still quite early in the Pajun's development process. Whether the development timeline lines up with this 2019 prediction remains to be seen. 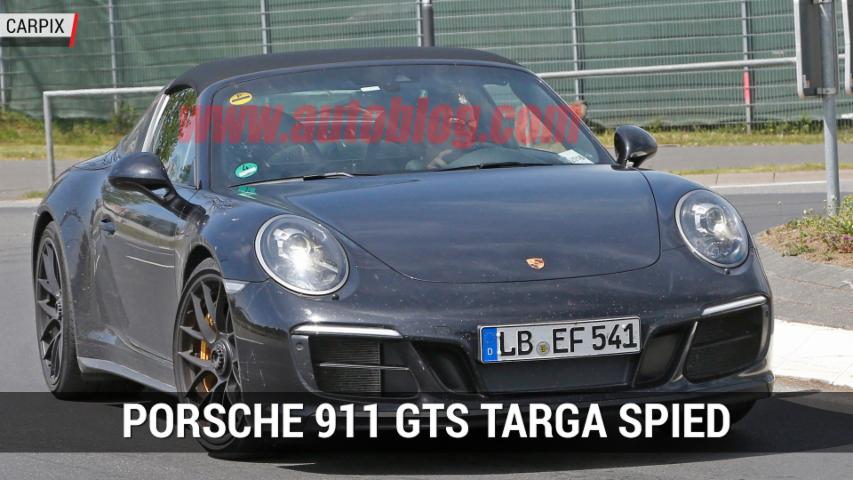