Small improvements and years of expertise add up. The second-generation Chevy Volt has 20 percent more power from the gasoline engine and an impressive 40-percent better EV range. With an EPA-rated 53-mile electric range, the Volt can handle most commutes without burning a drop of fuel. Those improvements landed Chevy's plug-in on the 2016 Ward's 10 Best Engine list. And the story of how the Volt earned that accolade dates back to 1990s.


The tale starts with the ill-fated 1990s EV1 effort

The tale starts with the ill-fated 1990s EV1 effort, when GM's Advanced Technology Vehicles team rethought and, in many cases, redesigned virtually every element of the modern automobile. The bullet-shaped (0.19 Cd), 137-hp, two-seat EV1 delivered strong, smooth performance, and respectable ride and handling on narrow tires pumped up to 50 psi. Driven gently in warm temperatures it could manage 50 to 70 miles of real-world range from its nearly 1,200-pound lead-acid battery pack. [ Disclaimer: I was a part of the EV1 team.]

GM was aware that EV sales success would depend on advancing battery technology. Emerging nickel-metal hydride (NiMH) batteries could double that range, but at much higher cost. Another promising option, lithium-polymer chemistry being developed by 3M and other companies promised gasoline-competitive size, weight, and cost but never panned out. Just 500 EV1s were built and around 400 leased for the 1997 model year. About the same number of '99 Gen IIs (there was no '98 model) - some with optional NiMH batteries – followed before the program's demise. But while GM's $1 billion-plus EV1 effort was a costly and embarrassing market failure, it did provide a rich body of learning. GM used knowledge and learning from the EV1 to work on fuel-cell EVs, two-mode hybrids, and eventually extended-range EVs like the Volt. 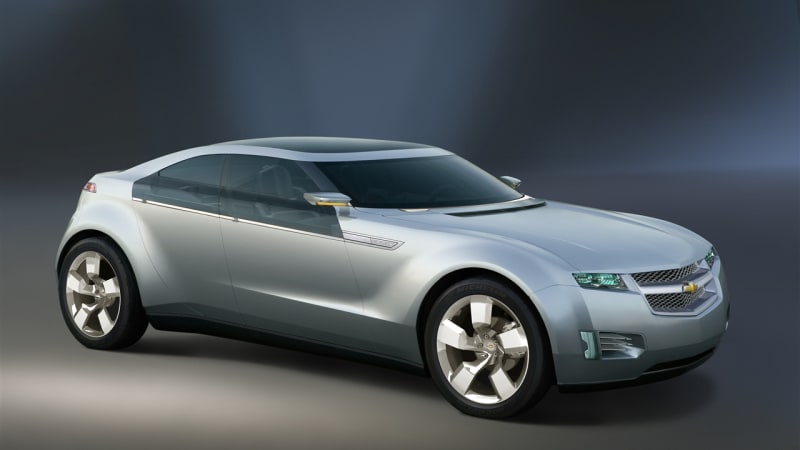 Fast-forward to January 2007, when the Volt EREV concept debuted at Detroit's North American International Auto Show. Unlike any other EV or hybrid of the time, it was designed to run on battery power for the first 38 miles or so, then keep going on electricity from a generator driven by a small gas engine. Thus it was a non-fuel-burning, tailpipe-emissions-free BEV that would morph into a fuel-efficient gas-powered compact when its 16-kWh li-ion pack was depleted, completely eliminating EV range anxiety.

When the production Volt hit the streets four years later, it was named a 2011 " Wards 10 Best Engines" (or in this case, " Powertrains") winner. "A car that revolutionizes mobility," Wards editors called it; "a magnificent achievement that marries the best attributes of all-electric vehicles with those of fun-to-drive, fuel-efficient gasoline cars."


The 2016 Volt is more that just an updated powertrain.

Getting back to the 2016 Volt, it's more that just an updated powertrain. It's also lighter, quicker and more agile, plus the rear seat fits three passengers instead of the previous two. The updated propulsion system marries a 1.5-liter Atkinson-cycle four-cylinder engine to two electric motors through two planetary gearsets and three clutches. A new lighter and more energy dense li-ion battery pack carries 18.4 kWh of energy versus the previous 17.1 kWh. The new Volt's EPA combined fuel economy in range-extending mode is up from 37 to 42 mpg, while its battery-only range improves from 38 to 53 miles.

One significant improvement that enabled the 100 pounds of savings in the drive unit was the capability to use both motors as either motor or generator, at any time, whether in EV or range-extending mode. Another was mounting the power electronics directly on top of the drive unit, which got rid of the first-generation Volt's heavy and expensive orange connecting cables.

Still more mass reduction came from eliminating one of the old Volt drive unit's two oil pumps. "In the first-generation gearbox," says hybrid/electric drive-unit chief engineer Jason Ditman, "we used a high-voltage electric pump when driving electrically and a mechanical pump in extended-range mode. But we had high enough reliability to go with only the electric pump, which saved a significant amount of mass and a lot of real estate inside the gearbox. We also implemented a chain system to transfer torque from the engine to the output drive."


"Like mass, which comes off by the tenth of a gram, range goes up with every detail." - Tim Grewe

How did they achieve the impressive 40-percent improvement in EV range? "Like mass, which comes off by the tenth of a gram," say Tim Grewe, Chevy's general director of electrification, "range goes up with every detail. Our motors are more efficient, our battery discharge is more efficient, our inverter efficiency is higher and our drive-unit spin losses lower. Yet we also improved [the] fun-to-drive [aspect], with 30-percent better launch and low-end acceleration, because that's a very pleasing feel."

One major challenge was ensuring that the drive-unit-mounted integrated power electronics could survive significant powertrain vibration, especially if the engine misfires. Another was validating the redesigned battery pack. "The battery has to meet life requirements as well as range and environmental requirements," Grewe says, "which involves cell chemistry, the way you mount it, its interconnection, and its cooling."

Besides 20 percent more power and 10 percent more torque versus the previous 1.4-liter engine, the new 1.5-liter four runs on regular gas, providing 101 hp and 103-lb.-ft. "This engine was designed to be most efficient [in the rpm range] where the drive unit and the motors are most efficient," Grewe says. While it shares many parts with the new 1.5-liter in other GM products, the Volt engine's combustion process and calibration are specific to Volt. And the new Volt's drive unit is essentially the same one used in the 2016 Malibu Hybrid.

There was early controversy around the first-generation Volt's propulsion system because its range-extender engine could help power the wheels under some conditions, which some took to mean that the car was a Prius-like hybrid instead of an electric car with a generator. That capability is actually enhanced with the new car. "It is most efficient at all times," Grewe explains. "A real-time optimizer senses driver, road load, and environmental demands and continually searches about 100 times a second for the most efficient operating points, which are sometimes in the parallel mode. I think the world has gotten over that being controversial." 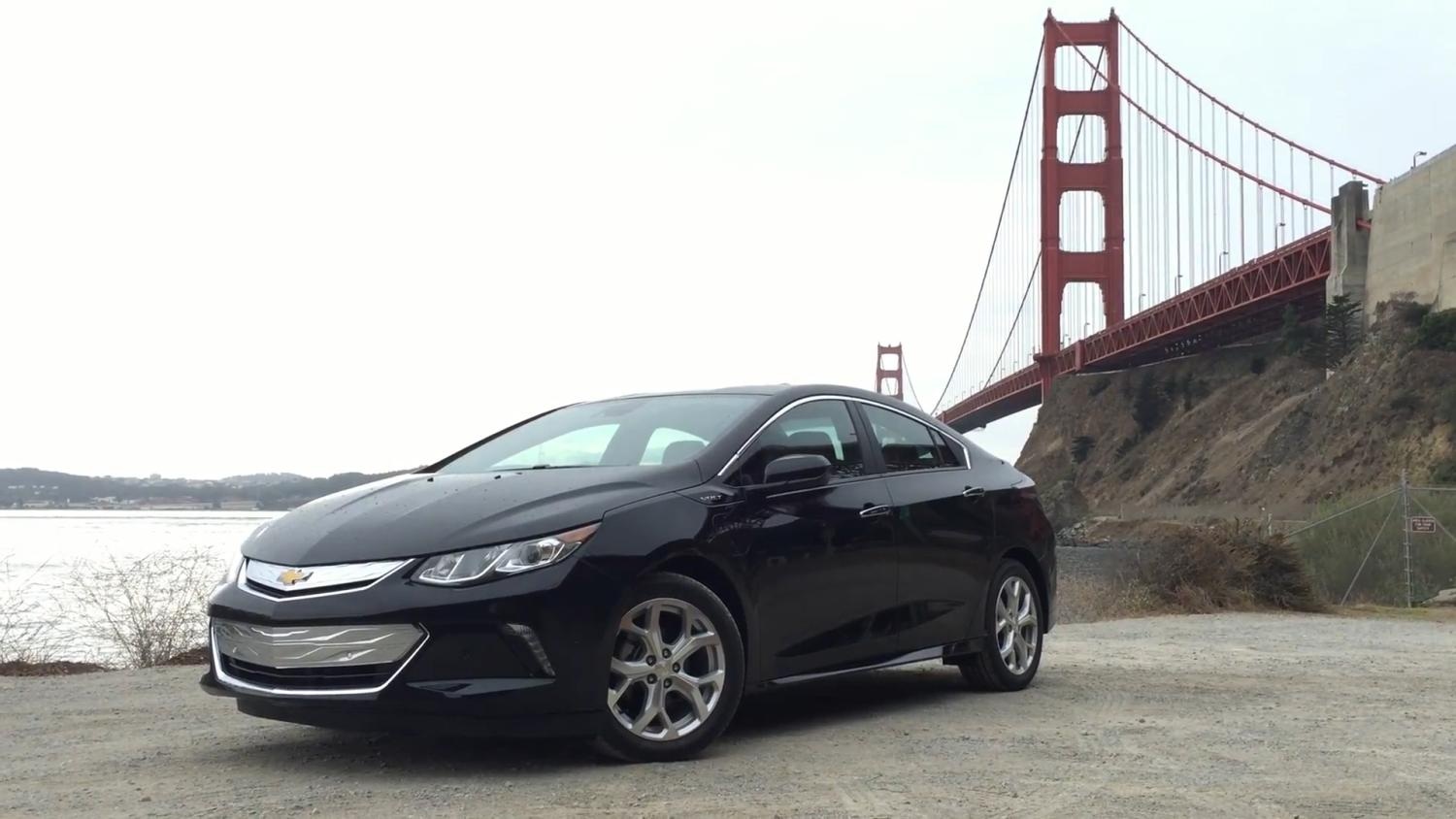