Recapping news from the car industry for the week of 4.22.16. 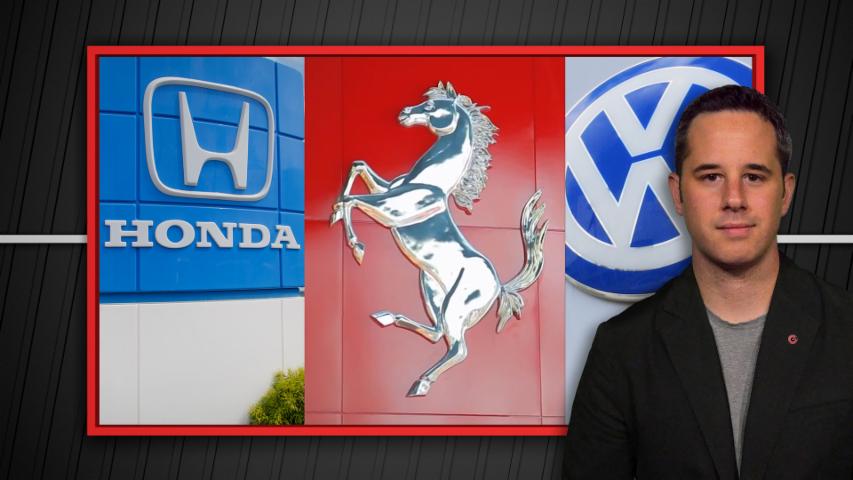 We recap the week's car news. Highlights include: Ferrari World potentially coming to North America; spy shots of the latest generation Honda CR-V; and VW's diesel emissions scandal. Senior Editor Greg Migliore reports on this edition of Autoblog Minute.
Show full video transcript text
[00:00:00] This week we spied the next-generation Honda CR-V being tested on public roads. Now this prototype is heavily covered in the usual black and white camouflage but you can see that this is a fresh design for the CR-V. Now we think it looks curvier and more sophisticated. We also think the crossover will get an updated engine lineup with the company's Earth Dream technology. The CR-V looks larger and it might offer an optional third row. Now we might see the CR-V on the

[00:00:30] auto-show circuit sometime this year, which would probably be Los Angeles, and it could go on sale next year, perhaps as a 2018 model.

Volkswagen reached a deal with federal authorities this week to buy back some of its diesel powered cars equipped with defeat devices that cheat emissions rules. The deal covers 482,000 VWs with the 2.0-liter TDI diesel engine. Customers who leased this car will have the option to cancel their leases

[00:01:00] and return their cars to Volkswagen. Now consumers can also elect to have their cars fixed by Volkswagen. The deal includes substantial compensation in connection with the buyback. Now we don't know exactly how much this might be, but the German media is reporting that it could be $5,000 a car. Right now it's important to note this is just a tentative deal and owners should simply do nothing. More details will be coming in the months ahead and there's another hearing in June.

[00:01:30] another theme park, this time in North America, Bloomberg reports. Now it already has one in Abu Dahbi and Ferrari has plans for two more, one in China and one in Spain. Ferrari wants you to think of it as a racing team and an automaker, but Ferrari is also trying to position itself as a global luxury brand. So what exactly is a Ferrari theme park? Well right now we can expect to have roller coasters, likely the world's fastest because this is Ferrari after all, plus other experiences that

Those are the highlights from the week that was. Stay with Autoblog this weekend for the latest news from the racing and automotive world. For Autoblog I'm Greg Migliore.

Autoblog Minute is a short-form video news series reporting on all things automotive. Each segment offers a quick and clear picture of what's happening in the automotive industry from the perspective of Autoblog's expert editorial staff, auto executives, and industry professionals.
X