Expect the production Stelvio to debut later this year. And be much prettier.

Jeremy Korzeniewski
The vehicle you see here, bedecked as it is in camo-shaped warts and baubles, is the Alfa Romeo Stelvio. Behind all that ungainly black plastic hides a jacked-up crossover based on the bones of the upcoming Gulia sedan, which, painfully, we're still waiting to officially launch. Suffice it to say that we're not expecting to see a production version of the Stelvio until much later in 2016.

Up front, the well-established rounded-triangle grille that marks the Alfa Romeo marque comes through loud and clear... though it looks a little bit sickly covered in all that cladding. We're sure it'll be appropriately prettied up for production, and we're equally certain the slit-like headlamp cutouts are hiding stylish swept-back lighting units. We can't make out much of the Stelvio's bodysides, but we see some nicely aggressive rolling stock to go along with what appears to be a pretty steeply raked greenhouse.


That incongruously shaped chunk hanging off the back glass was likely tacked on to hide the shape of the actual tailgate, and perhaps there are some sensors or computers hanging around inside the box to feed more data to engineers. There's no telling what's powering this Stelvio mule, but it could be a version of the 2.9-liter, 505-horsepower, twin-turbo V6 that we can't wait to sample in the Guilia Quadrifoglio Verde. For production, expect four- and six-cylinder options, in both gasoline and diesel flavors, depending on where the car is sold.

We can clearly see the Stelvio is out on the road, generating test miles ahead of a hoped-for release in early 2017. The next logical question, then, is this: Will Alfa Romeo actually launch the Stelvio on time? 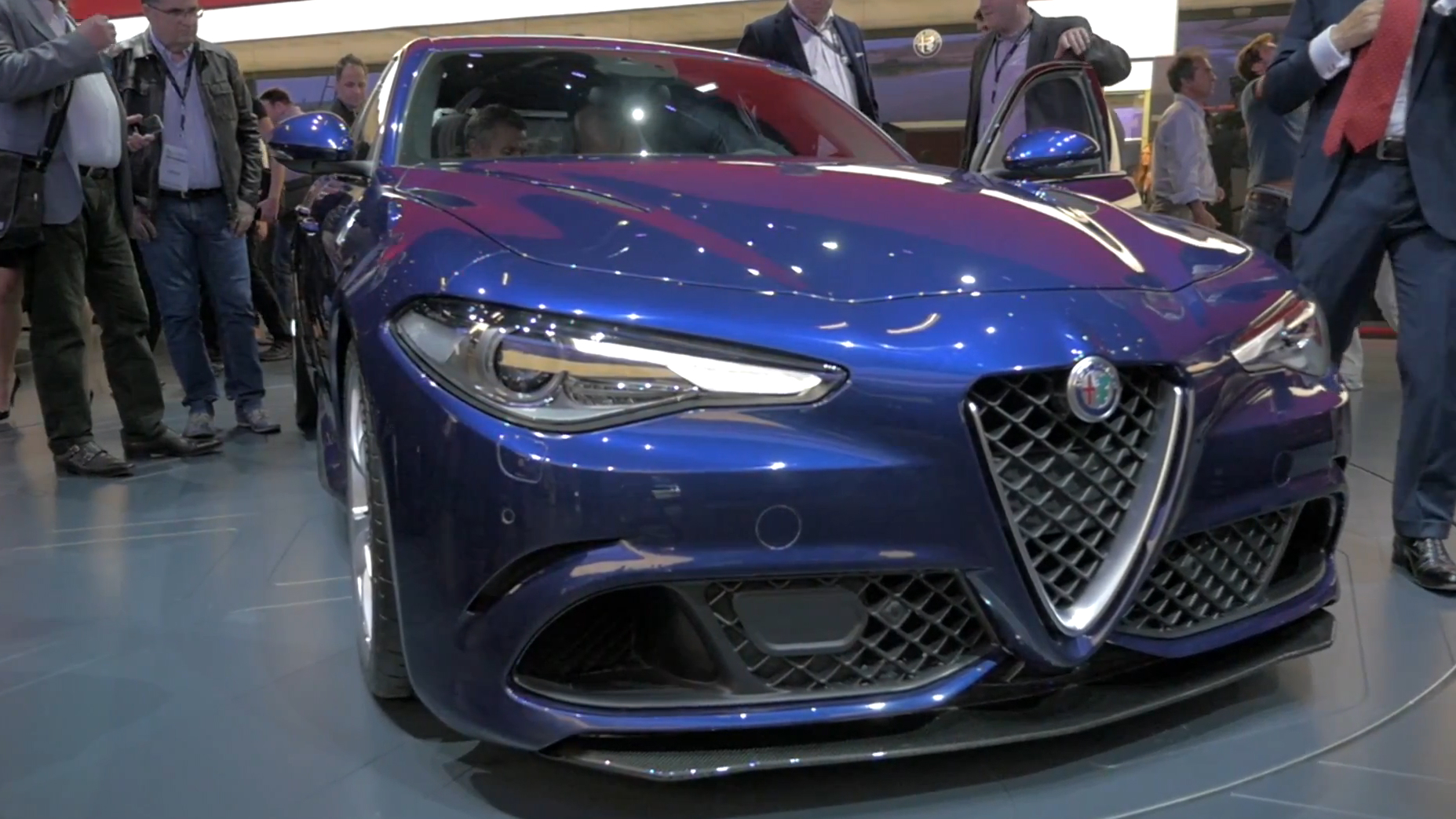