Life with an everyday supercar, the Nissan GT-R

Daniel Marciano
GTR. Aka Godzilla. Everybody loves the underdog, someone that punches above their weight class. It made quite the entrance when the R35 version crash landed on our shores. It rewrote the performance car standards arguably more so than did the original NSX in its day. Since then the GTR has aged somewhat & the competition has caught up. 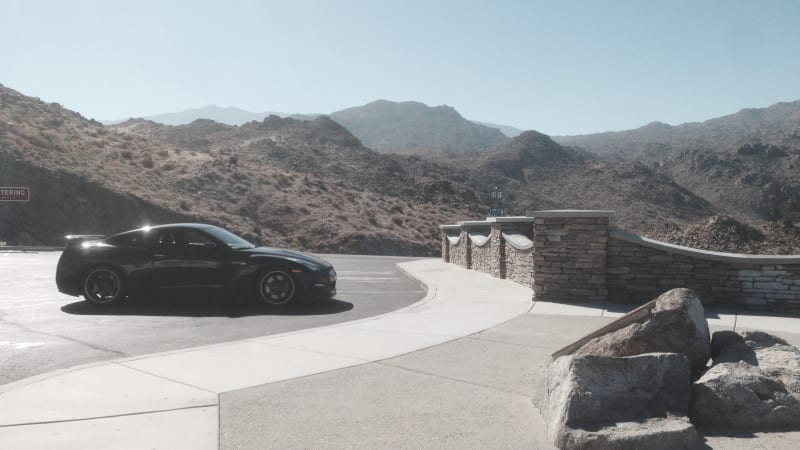 Muscle car days be damned, despite the electrification of our beloved horse & carriage we are currently living in the golden age of the automobile.

For 3 year and about 20k miles I had the privilege to lease a 2012 Nissan GTR black edition. A $96k 530bhp AWD 2+2 Japanese beast of a car. I immediately started taking long night drives just to reach the suggested break-in mileage milestone. 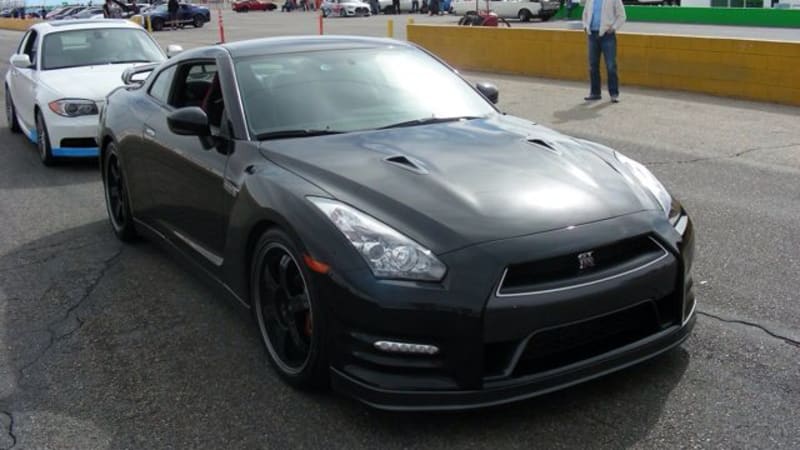 Billed as a daily driver, I used the GTR mostly as a second car. At the time I was commuting for work about 25kmi/yr. Way too much for a one car lease. Why not purchase? Because of the car enthusiast in me I like switching cars as much as possible. So I had a car 2 car system. The other car ? An Infiniti G37S manual, and no I don't work for Nissan. The G37 was the default; the GTR was back-up & for fun. And that it was, in spades. It wasn't the first go to car for a few reasons. Mainly because of the ride, it was stiff!! It also had a high- strung feel to it. I would always arrive at my destination a little wired or fatigued depending on the commute. Without fail my start up routine always comprised of selecting the comfort mode in the adjustable suspension, unless I was heading out for a canyon run or a track day. Which in the end actually did account for a sizable portion of the total mileage on the lease. Also the wear and tear on the car was much costlier the in the Infiniti. 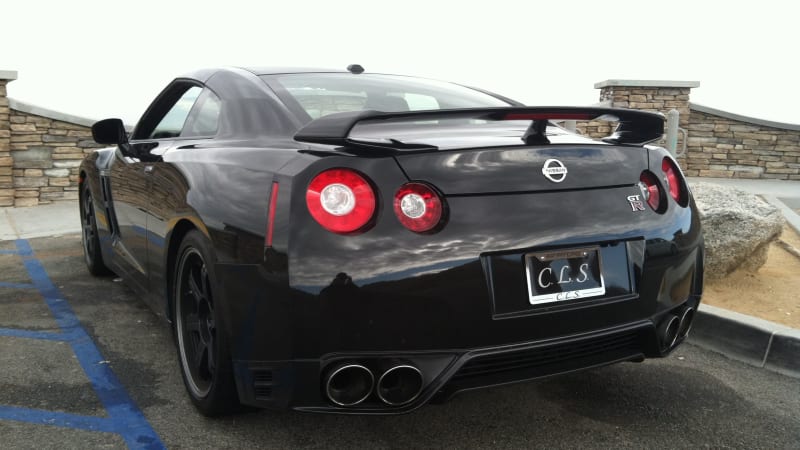 The exterior hasn't really changed since its debut but is still instantly recognizable with its exotic characteristic muscular creases, the requisite functional vents/ wings, & 4 howitzer cannon size exhaust pipes. It is however relatively tall when seen side by side to its competition.

The interior has very supportive 2 tone front bucket seats. A 2+2 arrangement meant it was possible for the kids to enjoy all the GTRs antics. The infotainment system would appeal to the video gamers with its multi configurable screens which can display everything from boost pressure to torque vectoring. Also included were carbon fiber trim, starter- button, and a multi-functional steering wheel. Shift lights were very useful especially at the track since rpm climbs very briskly when on boost. Overkill features were motorized folding side view mirrors. Unless this is standard for the price segment, it just added to its portly 3800 lbs curb weight. The transmission default mode was Auto, which was programmed for fuel efficiency. It would upshift ASAP and would be in 6th by 40mph. It made the car feel very lethargic. A tab of the shifter to the left brought manual mode. It was a true manual mode and would not shift for you and unless you tried to downshift when already at or near redline a shift would always accompany the pull of a paddle. The shift paddles are affixed to the steering column, R for upshift L for downshift. There were many noises emanating from the car especially at low speed mostly from the differentials & 6-spd dual clutch tranny. Although very effective the turbos at full steam sounded a lot like an industrial vacuum cleaner.

Maintenance. There was a complimentary service at 1000mi for a vitals fluid change. Followed by the routine 3k mi oil changes. Next was a mandatory $2k service at about 18-20k mi mark. The interior held up well during the three years except for an irritating squeak emanating from the dash. The dealer tried to fix it but only made it worse. The brakes took abuse from repeated canyon run & track days. I did find some micro crakes radiating from the drilled holes on the rotors, but didn't notice any discernable decline in stopping power. The pads lasted the life of lease & beyond. To replace the set of 4 Dunlops was about $2k. Overall I averaged around 16mpg.

Street cred ? Oh ya. Once took a coworker for a spin. I was naively surprised when he video phoned the whole ride. Another time while driving east on Santa Monica blvd through Century City an Audi R8 V10 cabrio w/a pretty blonde as a passenger pulled up along side me at a light. I though a race was imminent but the driver rolled down the window & complimented the GTR. I felt the compliment should have gone the other way & kind of a submission on his part. One night heading south on PCH after dinner in Malibu a new M5 was toying w/ me for a few miles. I was trying to be a gentleman w/ the Mrs. in the car. But when we finally lined up at a light I let the GTR do its thing. Turbo spooling , shift lights flashing, & the wife laughing while being pinned to the seatback Godzilla handily smoked the M5. 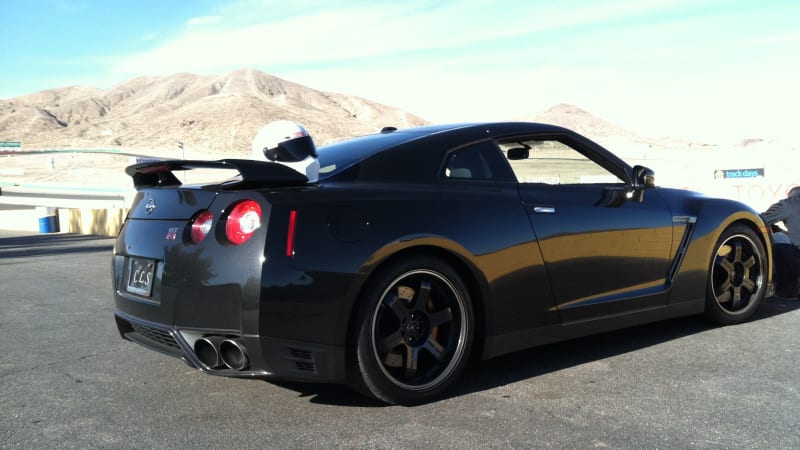 Track. Many cars today are over engineered for the streets. To deny a GTR adequate track time would be to miss the opportunity to unleash its true potential. Our local track is Willow Springs. Historically, I generally go to Big Willow, a 2.42mi 9 turn track, although I recently discovered Streets of Willow, a slower but more technical track. As expected, the GTR is just an all-star on the track. I routinely was amongst the fastest drivers in my group of track buddies. Set the suspension, AWD, and traction control to R mode & off you go. I love a manual transmission but a dual- clutch lets you focus more on the driving line & less mental energy on heel- toeing. Acceleration is phenomenal. Shifts might not be Ferrari quick but certainly adequate. The Infiniti G37S which was RWD as opposed to AWD and had better steering feel then because of it. Turn-in was quick enough considering its an AWD front engine 3800lbs car. Mid- corner grip was amazing, as you can feel the AWD pull you through the corner. Corner exit was a GTR virtue, just flatten the go pedal, and the computers, AWD and turbos figure the rest out. Brakes were strong but not on par with level of acceleration. 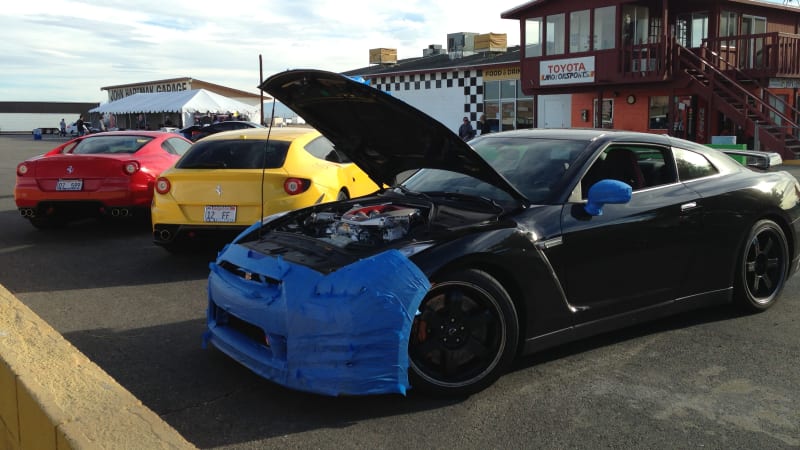 My gripe with many track tests of cars is that the entire track day experience is not really conveyed. Track days typically run 20-30min sessions at a time to allow for different skill level run groups. Willow Springs is in the high desert and chances are in So Cal its going to be warm. After several laps the 3800lbs of the GTR quickly caught up with it. The tires get hot & slippery. After that the traction-control light pretty much just stays flashing. It was this experience that made me appreciate and yearn for lightness in a car. The rate of wear and tear at a track exponentially increases w/ weight. Not to mention all the performance advantages of relative lightness. I wish there was a light & powerful car, say less than 3000lbs and over 400bhp on the market today that wouldn't break the bank. So pounds were the real enemy after several sessions. No brake fade was ever present but nor were they powerful enough to induce the ABS.

One track day had a lunch-time 8-round bracket 1/4mi drag race. My first race was against a new Austin Martin Vanquish. Needless to say the GTR won it all. I was awarded a DIY trophy. The last few rounds I was up against non-street legal track cars. I only had to use the launch control feature for these last rounds. Its difficult to describe the experience of a GTR in launch control, but it's violent enough that it threw out my back on one occasion.

Bottom line. The GTR definitely readjusted my perception of quick & fast. A sub 3-sec 0-60 run & dropping lap times were all credited to the car & not the driver. My real gripe was that I don't think it made me a better driver. The cars hardware & software certainly did their monster share of the work. The GTR definitely had personality and I will never forget its wailing turbos but overall the experience is a little sterile. Prior to the GTR I had a C6 ZO6 which in its day was also a supercar killer. The ZO6 was very visceral, mainly from its relative simplicity. It was lightweight and had an ever present glorious roar from its naturally aspirated lag-free V8, and a manual transmission. The GTR was faster in every way, but it's the ZO6 I miss more. 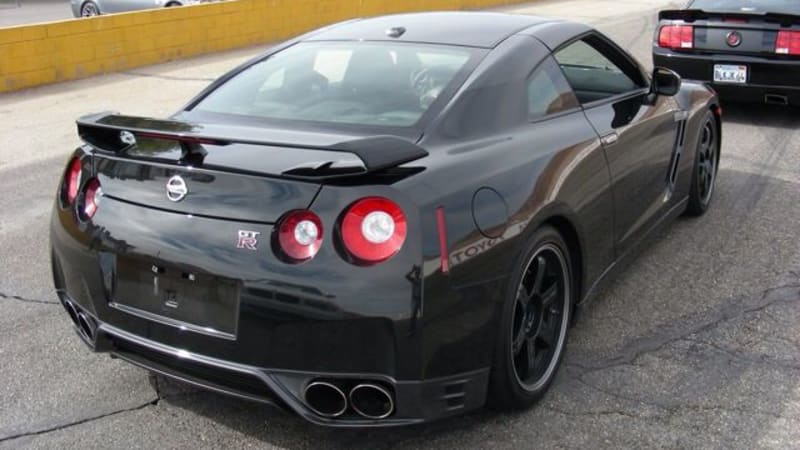 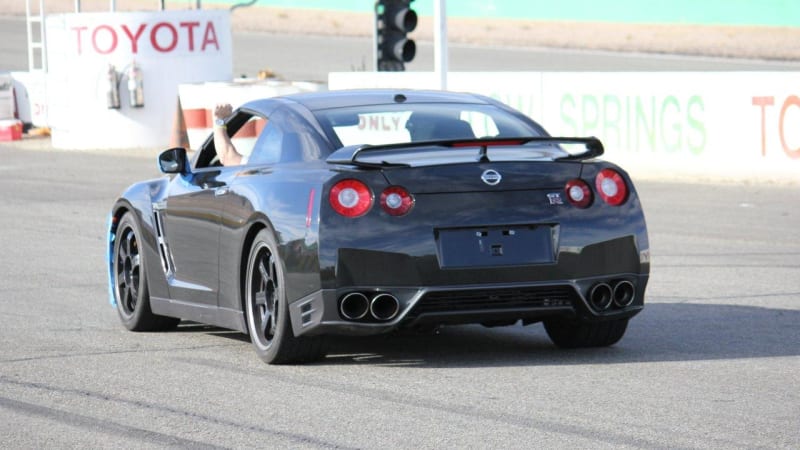