We round up some of the best automaker pranks for 4.1.16.

Chris Bruce
Every year automakers go out of their way to come up with gags for April Fools' Day. Sometimes the jokes fall flat, but occasionally a company really nails it with an idea that we'd actually love to see. Rather than scouring the Web for all of these stunts, you can find some of our favorites right here. 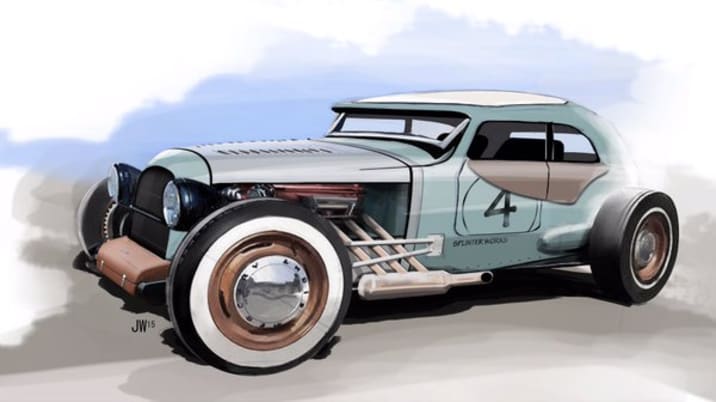 The Morgan Motor Company's MOGrod is one of our favorite April Fools' jokes so far this year because it's a car we wish could be real. The company says on Twitter that the retro hot rod uses a 3.7-liter Ford V6, and there are already 250,000 preorders, which is a play on the huge number of reservations for the Tesla Model 3. Morgan took the joke even further by sketching a landspeed record version for the Bonneville Salt Flats. Mini Scissor Doors 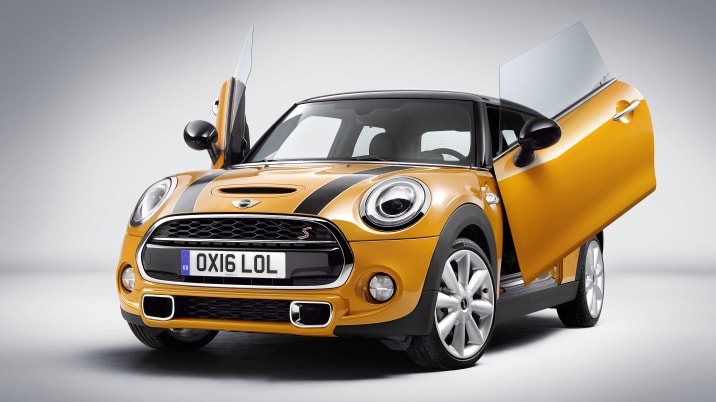 The people at Mini apparently have a lot of free time because the company has two gags this year. The first is the scissor door option. The idea cleverly plays on the myriad ways customers can customize their Mini, but this solution doesn't look like anyone could easily enter the car due to the way these doors open. Mini Hipster Hatch 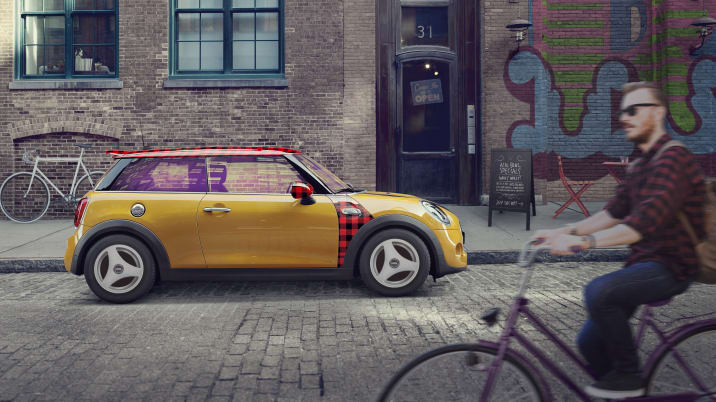 There's also the Hipster Mini, which is a much funnier idea. This fictional hatchback would be perfect for fashionable Millennials thanks to features like Instagram-filter windows and a fixed-gear drivetrain, which limits the top speed to 25 miles per hour. The interior uses stonewash denim upholstery and packs a twin-deck cassette player. Skoda Dog Umbrella 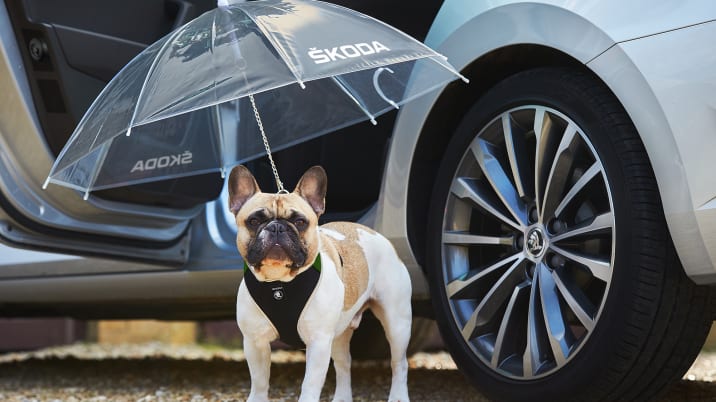 People love dogs, and owners know that a wet canine can be a mess. Skoda is ready to tackle this problem with an umbrella for your mutt. Made from unobtainium, the gadget hides in the door when not in use, but when raindrops start falling, people can keep their pup dry. Skoda Snowman 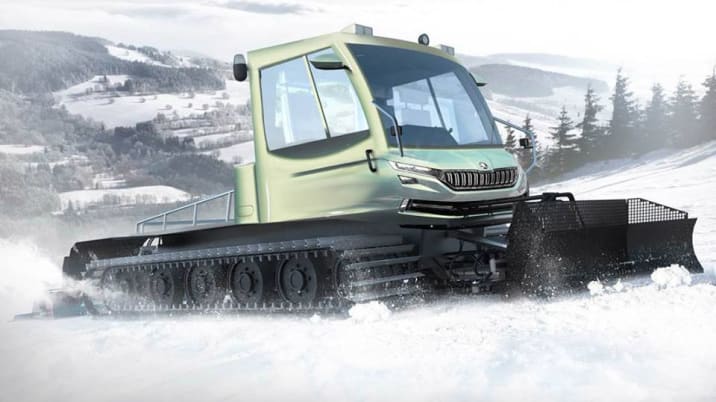 Skoda's Facebook page also teases us with a very cool vehicle. The Snowman is a 396-horsepower plug-in hybrid snow machine. With its tracks, the company's newest model would never have to worry about getting stuck in the winter. Opel Adam C 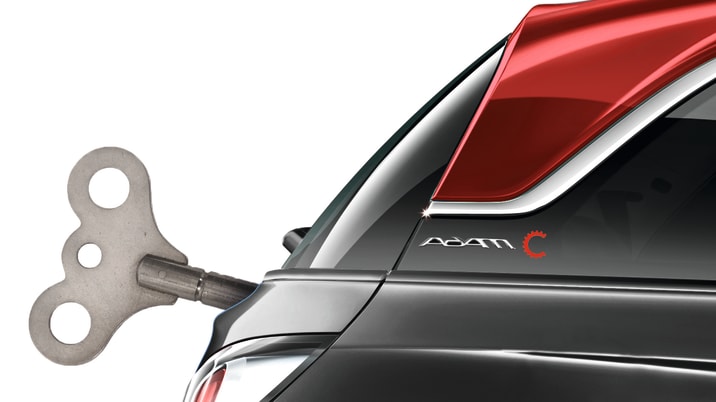 Sure, electricity and hydrogen are cleaner forms of fuel than gasoline or diesel, but Opel has a way to make your car even more environmentally friendly – muscle power. Wind up the crank at the rear for 15 minutes, and the Opel Adam C is good for 125 miles. GM's European division also claims that owners get a great workout because a full winding session burns 400 calories. You wouldn't feel guilty about picking up that pizza after cranking up this hatchback. Opel Sewing Machine 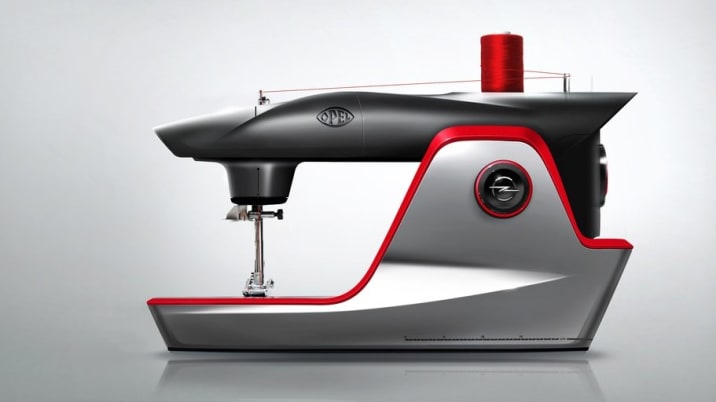 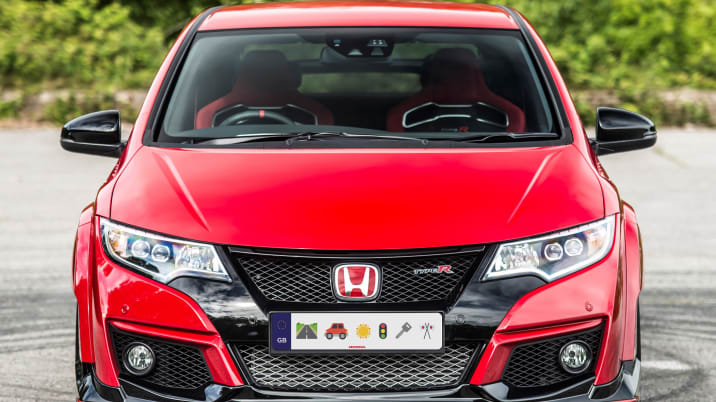 Honda wants to appeal to younger drivers in the UK, but rather than creating with an exciting vehicle to grab their interest, the Japanese automaker has emoji for license plates. The idea seems lame to us, but maybe we're just too old. MG Invisible Concept Car 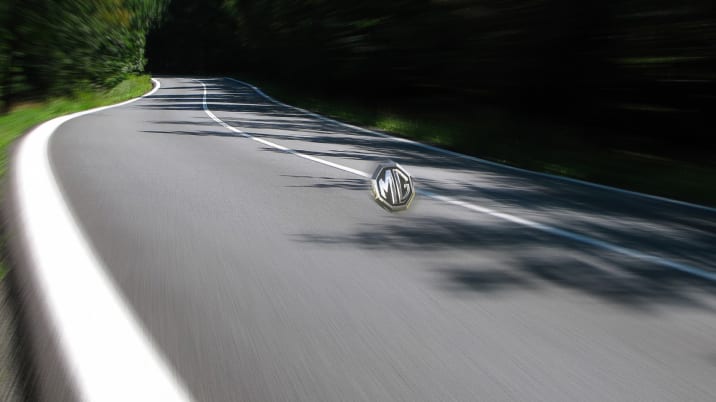 MG doesn't appear to understand that April Fools' Day jokes aren't mandatory. If you're not going to bother trying, it's okay to skip the gag entirely. The company's invisible concept car seems like the result of running out of time to come up with a clever idea. Fiat 5000 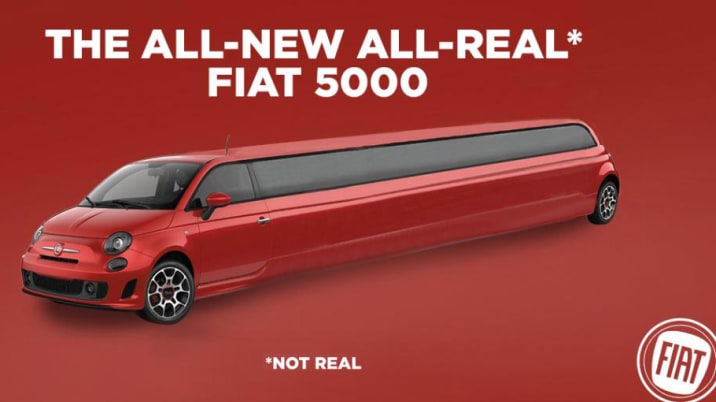 In the US, Fiat is known for its small cars, and the company subverts that reputation with the Fiat 5000 – a Fiat 500 stretch limo. According to the Italian automaker's tweet, there's enough room for you and 25 of your friends. The 500's front-wheel drive platform might actually make this idea realistically possible, and we think Fiat needs to build one for real at SEMA. Leisure Travel Vans' autonomous RV
The autonomous RV from Leisure Travel Vans is an April Fools' Day joke now, but this tech could probably exist in the real world in just a few years. This is probably a vision of the future of taking the family camping, and it looks like it could be a lot of fun. Nissan NV Cargo Drift Van
Nissan shows that April Fools' Day jokes don't have to just trick people into thinking vehicles have goofy, new features. Instead, its Drift Van is one of the most exiting gags this year. Made in conjunction with Car Throttle, the NV Cargo becomes a gymkhana machine in this awesome clip. Mazda Will Only Offer Automatic Gearboxes 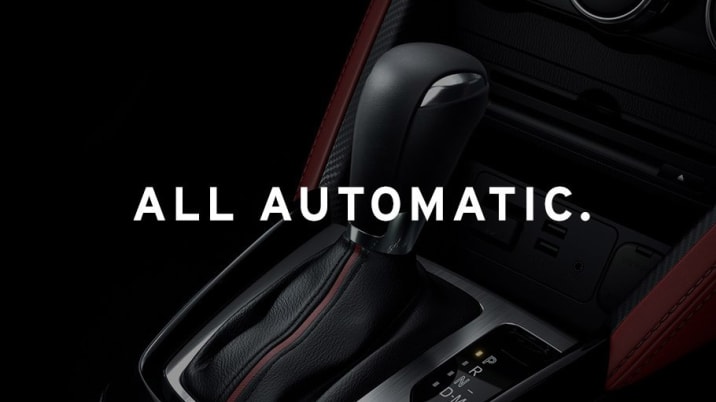 Mazda knows that it has a dedicated enthusiast fanbase because of models like the MX-5 Miata and RX-7, and the company continues to offer manual transmissions as its competitors drop the ability to row your own gears. That makes the tweet from Mazda Canada claiming to phase out manuals by 2018 an especially mean prank. BMW xDrive Baby Boots
No one wants their toddler slipping and sliding everywhere, so BMW has the xDrive Baby Boots. They can detect when your kids starts to lose balance and react to adjust their weight distribution. The little shoes even come in pink.