Pete Bigelow
One of the nation's top automotive safety watchdogs is calling on federal regulators to adopt new measures that better protect children during car crashes.

In a petition field Wednesday, the organization asks the government to relay that advisory to parents and caregivers. Federal authorities currently "encourage parents to place their children in the rear seats of passenger cars without providing parents any recommendation on where in the rear seat the child should be placed," Clarence Ditlow, executive director of CAS, wrote. "While the rear seat is the safest location for a child, it is safer still if the child is placed behind an unoccupied front seat or behind the lightest front-seat occupant."

The reasons for that guidance are grim. Studies and real-life evidence have shown the seatbacks of front-seat occupants are prone to collapsing during rear-impact crashes. Above 30 miles per hour, those seatbacks are capable of crushing children who occupy the rear row.

"In all too many cases, the parents are in the front seat with the heavier father driving so that the lighter mother can watch and tend to the child." – Clarence Ditlow


Research conducted on behalf of the Center for Auto Safety found nearly 900 instances between 1990 and 2014 in which children seated behind front-seat occupants died in rear-impact crashes. The direct correlation between seatback collapse and those deaths is unknown, but Ditlow argues that's because the government's Fatality Analysis Reporting System doesn't provide enough information to track the problem. In a separate petition, the Center for Auto Safety has asked the National Highway Traffic Safety Administration to investigate those deaths.

Since 1991, the National Highway Traffic Safety Administration has recommended parents place children in rear seats because they faced severe dangers from inflating airbags in front seats. But moving them to the rear seats has brought the "unintended consequence" of facing another kind of hazard. 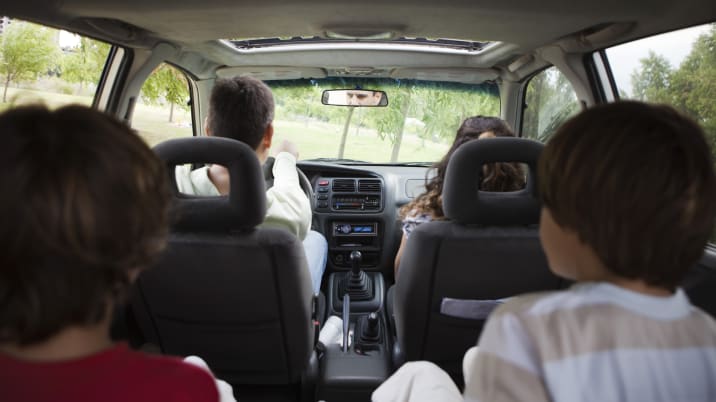 The Center for Auto Safety has unearthed 22 lawsuits involving children killed or seriously injured in the rear seats of cars where an occupied front seat collapsed into a child in rear seats. "In all too many cases, the parents are in the front seat with the heavier father driving so that the lighter mother can watch and tend to the child," the letter said.

As far back as 1967, the Society of Automotive Engineers issued a report that noted poorly designed seats could become an injury-producing projectile during a crash. In 1974, NHTSA proposed a new federal motor-vehicle safety standard that would specify crash parameters and crash performance for front seats.

In 1989, a researcher petitioned NHTSA to upgrade the standard to specify that a seat must withstand both 20 times the weight of the seat-back and 20 times the weight of the occupant. Ditlow says the agency has yet to act on that petition. The same year, a report issued by Canada's transportation department warned of the dangers of accidents involving seat-back failures.

Ditlow cites dozens of studies, reports of fatalities, internal automaker memorandums and federal documents that detail concerns with the possibilities of injuries or deaths associated with seatback collapse. "Until cars on the American highway are equipped with adequately strong front seats and seatbacks, children in rear seats behind occupied front seats will continue to be in danger of death or severe injury from front seatback failures in rear-end impacts," he wrote.