Announcing our 2016 Technology of the Year Award winners

Autoblog Staff
We announced the winners of our 2016 Technology of the Year awards this week from our live stage at the Detroit Auto Show. You'll note that "awards" is plural this time around, as we've split what used to be a single honor into two categories: one trophy going to a specific tech feature and the other for a car filled with new technology.

Testing went down last fall in Northern Michigan, with seven tech features and three overall tech cars vying for the pair of awards. And now, without further ado, your winners. 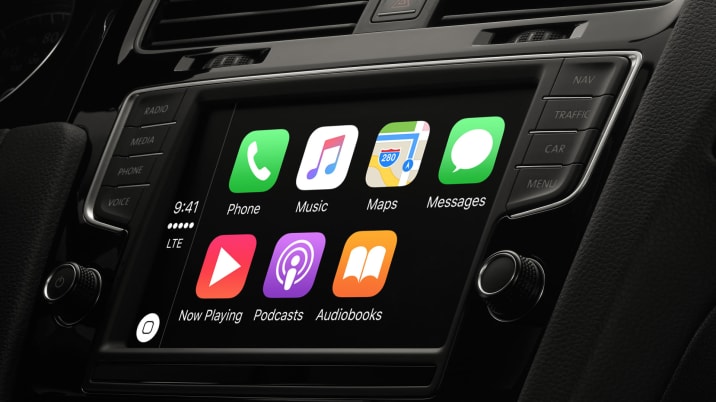 Our winner in the feature category stood out for its user-friendliness and overall impact on bringing our connected lives into the car. Apple CarPlay not only allows iPhone users to control apps through a familiar interface on a car's infotainment screen, but it can also bring features to a car that weren't included from the factory. For example, if you have an iPhone and a CarPlay-equipped car, you can use the phone's navigation app even if the car isn't equipped with GPS. The similarity to iOS makes CarPlay easy to learn, and its pared down menus mean you can safely operate the system as you're going down the road. Android Auto was a close second in our final voting, as it accomplishes the same basic set of tasks for users of Google's phone OS, but we felt that Apple's big-button approach was a little easier to use at a glance, and the shorter the glance the less of a distraction infotainment can be. 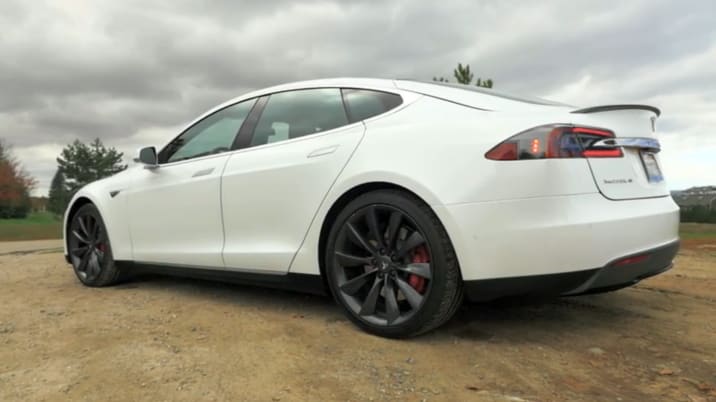 We chose our tech-filled car based on which of the three finalists brought the most transformative, integrated technologies overall. We looked at which changes the way we think about the automobile and not just improves on what's already here. The latest Tesla Model S, the P90D model with the Ludicrous Speed package, fit that bill perfectly. As a result of Tesla's version 7.0 software update, cars equipped with the necessary sensor package now feature autonomous steering, adaptive cruise control, automated lane-change, and the best automated parking we've experienced yet. We got to watch that update in action; when the test car was dropped off at our office, it hadn't had the update applied yet and couldn't drive itself. A few hours and one over-the-air update later, it could, with one of our editors making the majority of the trip to our Petoskey, MI, test site hands-off. So not only did Tesla add functionality, it did it wirelessly. To be fair, because it was early in the public beta test of the autonomous features, we did have a few hiccups – for instance, when lane markings open up for a turn lane on the side of the road, the car tries to follow them instead of continuing straight. But since our testing, Tesla has issued further updates to the software and also allowed the cars to send data back to HQ to help all of the company's cars better learn boundaries. Still, the technology is in the hands of real drivers

And then there's Ludicrous mode. Tesla added a computer-controlled fuse between the battery and motors to let the car get the most energy from one side to the other without melting. The result is maximum, face-melting acceleration. While that's not exactly useful, it's an amazing party trick and a nod to enthusiasts telling them that our electric future doesn't have to be boring.