Pete Bigelow
Two days after President Obama urged the development of a 21st century transportation system in his final State of the Union address, his administration took steps to make that happen.

Speaking in Detroit on Thursday, Transportation Secretary Anthony Foxx announced billions in potential funding for the development of autonomous cars over the next decade and promised to help refine regulations that might pose roadblocks for the technology.

The president will offer almost $3.9 billion over 10 years in his fiscal year 2017 budget proposal. The money would pay for pilot programs that test connected vehicle systems in designated corridors throughout the country. Foxx also unveiled new policy guidance that reflects the "reality that the widespread deployment of fully autonomous vehicles is now feasible."

"I'll put this in plain English for you: in 2016, we are going to do everything we can to advance safe, smart, sustainable transportation innovations," Foxx said during an appearance at the North American International Auto Show. "We are bullish on automated vehicles."

Over the next six months, the Department of Transportation will work with officials in the National Highway Traffic Safety Administration to develop best-practice guidance for the auto industry on establishing principles of safe operation for what NHTSA calls Level 4, the highest standard of automation in which cars perform all safety critical driving and humans are not expected to be available for control. As a "governing principle," the DOT says it wants to support all technologies with proven, data-supported benefits that will make roads safer.

"We won't see full autonomous in the next decade." - Volkmar Denner


Foxx said the DOT is committed to providing automakers with exemptions in the federal motor vehicle safety standards when warranted to speed the arrival of new technologies. Automakers and federal regulators have largely endured an antagonistic relationship, particularly in recent years with a multitude of safety-related crises. But after Thursday's announcement, both saw the merits of working together on new policies for the autonomous future.

"Look, we're entering a bold new world here," Foxx said. "We have to have one foot grounded in what we know about safety and apply our thinking to manage this transition, but we also have to have a healthy dose of learning from industry, and learning what they know and taking into account the ways we have thought about safety have to change."

On the industry's side, executives are usually fearful or disappointed in any and all regulations. But in this case, they are embracing the federal government's assertive role that could help establish consistent standards and policies across the country. Only last month, California passed preliminary rules that would require drivers in autonomous cars to possess special autonomous operation certificates and. The proposed rules also required a driver be capable of commandeering control, a provision that left Google "gravely disappointed."

There's no certainty the federal government would permit the removal of steering wheels and brake pedals from cars, as some Google concepts have shown. But the fact Foxx seemed ready to entertain that possibility Thursday was welcome news for John Krafcik, a former Ford and Hyundai executive (pictured below) who is now CEO of Google's self-driving car project. 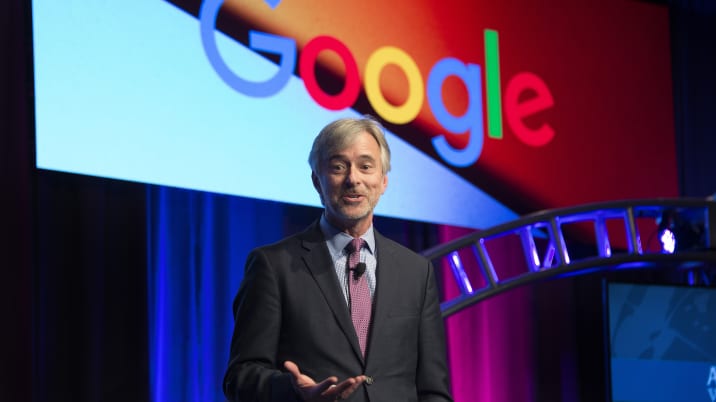 "What we like here is, 'What's a good road?' A good road has a clear path and guard rails, and I think that's what we heard today, a plan from the secretary to guide autonomous vehicles down a clear road," Krafcik said. "... I think the next step – really our obligation – is to make sure everyone who is going to inform the discussion and decision on this really understands how our technology works and how we see the safety benefits falling out."

While the federal government has embraced the reality of Level 4 driving being possible, it's not so clear how quickly the technology will be ready for the market. Though automakers like Tesla Motors and Volvo are bringing cars with semi-autonomous technology to the market now, and others like Ford are committed to bringing semi-autonomous cars to the market by 2020, there are many who believe full autonomous driving is at least a decade away.

"I'll put this in plain English for you: in 2016, we are going to do everything we can to advance safe, smart, sustainable transportation innovations." - Anthony Foxx

That forecast, which concurred with others made during CES last week, lacks the enthusiasm and aggressiveness of the path the DOT is pursuing, but new reports this week revealed the status of autonomous technology is hardly foolproof. Documents released by the California Department of Motor Vehicles this week revealed that autonomous technologies have disengaged thousands of times in testing conducted on public roads.

On one hand, these companies have never promised autonomous cars would be perfect – Google has stated its aim is to perform better than human drivers – and testing is by nature designed to reveal imperfections. On the other, the 2,894 incidents of disengagement on California roads in a 14-month stretch may be a significant and sobering litmus test of the status of the technology.

As automakers fine-tune the technology, they are happy to see the federal government concurrently working on regulatory and policy rules that will provide consistency in the United States. That's not the case in Europe, where Volvo CEO of North America Lex Kerssemakers says a patchwork approach toward adopting rules has hampered development.

"The automotive industry needs these regulations and guidelines so we can all move on, otherwise it will be impossible if there is not a certain level of consistency," he said. "The secretary is taking the lead on this, and this could hopefully be a benchmark for how Europe could tackle the issue. There is great hesitation in taking this step, but we have to take this step. Society is developing, and autonomous drive will be an integrated part of this society 5 to 10 years from now."