Porsche's board of directors approved the company's first all-electric car Friday, signing off on production of the eye-catching Mission E concept that debuted in September at the Frankfurt Motor Show. It's set for launch by the end of the decade.

The Frankfurt concept uses lithium-ion batteries to power two synchronous motors that create more than 600 horsepower and provide a range of 311 miles on the European cycle. It's capable of hitting 62 miles per hour in 3.5 seconds and can run the Nürburgring Nordschleife in less than eight minutes. In a statement, Porsche board chairman Oliver Blume called the Mission E the "beginning a new chapter in the history of the sports car."

Porsche is backing that up with a roughly $1.1-billion investment that will create more than 1,000 jobs at its facilities in Zuffenhausen, Germany. The company will spend more than $760 million at its main site there to build a paint shop and a new assembly plant. It will also expand an engine factory to make electric motors.

Porsche's renewed electric ambitions come as it grapples with fallout from parent company Volkswagen's diesel-emissions scandal. Porsche uses a VW diesel engine in the Cayenne SUV, which it stopped selling in November until a fix is found.

Still, Mission E's scheduled landing could be as much as four years away – when Porsche and VW hope their diesel woes will be long over. The electric strategy is clearly a long play to provide its enthusiast owners with an efficient form of sport and luxury as fuel economy and emissions regulations tighten around the world.

And if you still can't wrap your head around electric Porsches, the company also just announced plans to make the 911 Turbo and Turbo S even more powerful. Electric propulsion is part of Porsche's future, but for now at least, it isn't everything.
OTHER NEWS 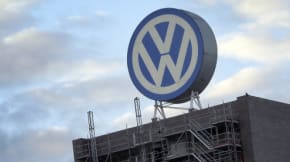 Finally, the other shoe dropped. Volkswagen sales plummeted 25 percent in November as fallout from the company's diesel-emissions scandal finally showed up on the sales charts. VW had managed to tread water with flat sales through September (the scandal broke more than halfway through the month) and October.

The company stopped selling its 2.0-liter I4 and 3.0-liter V6 diesels as it works to make the engines complaint with emissions rules. VW admitted to rigging its diesel-powered cars so they could pass emissions tests in the United States and around the world. "Volkswagen is working tirelessly on an approved remedy for the affected TDI vehicles," Mark McNabb, Volkswagen of America COO, said in a statement. 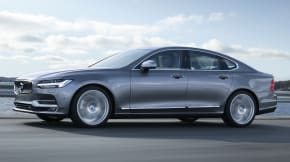 Volvo has a new flagship, the S90, that blends the company's Scandinavian style with some of its latest safety and technology. One of the spotlight features is a system that mitigates unintentional road departures. If the car detects that it's veering off-road, evasive steering and braking are applied. Volvo also updated its semi-autonomous driving feature, called Pilot Assist, which is in its second generation. The S90 will replace the long-running S80 in Volvo's lineup. The S90 will offer a four-cylinder engine that's turbocharged and supercharged, a 'regular' turbo four, and a plug-in-hybrid. Revealed in Sweden this week, the S90 will appear on the auto show circuit in Detroit in January. Deliveries begin in late spring or early summer, a spokesman said. 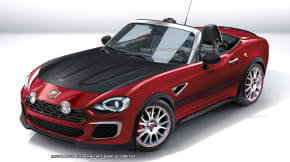 All signs point to a hotter Abarth version of the Fiat 124 Spider arriving soon. The tuned drop-top was spied this week with four conspicuously large exhaust pipes, reinforcing our speculation that Fiat is hard at work on a saucier 124. The car was just revealed in late November at the Los Angeles Auto Show. When asked about an Abarth model, Fiat global chief Olivier François said: "We might look at doing a tuned version. Maybe yes, maybe no." We think it's a yes. Expect the 124 Abarth to have more carbon-fiber pieces, aerodynamic enhancements, and the engine output to be goosed to 200 hp or more.