Question of the Day: Would you choose smog-reducing gear?

If You Could Opt Out Of Emissions-Reducing Hardware, Would You?

Murilee Martin
With the image-tarnishing efforts of a certain German car company to cut corners on compliance with government emissions laws in the news lately, we wonder what would have happened if motor-vehicle manufacturers had been free, way back when, to make emission-control hardware optional rather than mandatory factory equipment on new cars and trucks.

That's right – imagine that, back in the early 1970s, you could have been a good ecological citizen and checked the box for all the smog-reducing catalytic converters, charcoal canisters, reduced engine compression, and other gear that would keep the neighborhood kids from keeling over from carbon monoxide poisoning and/or carcinogenic hydrocarbon overdoses. Or, that you could have chosen the route of the flinty, hard-eyed individualist and thrown off the oppressive yoke of nanny-state Big Government, running a 14: 1 compression V8 with a brace of fuel-dumping sidedraft Webers. By this time, the dirtiest engines would be fairly clean (by the standards of 40 years ago), though still way filthier than the requirements mandated by present-day rich-world governments. 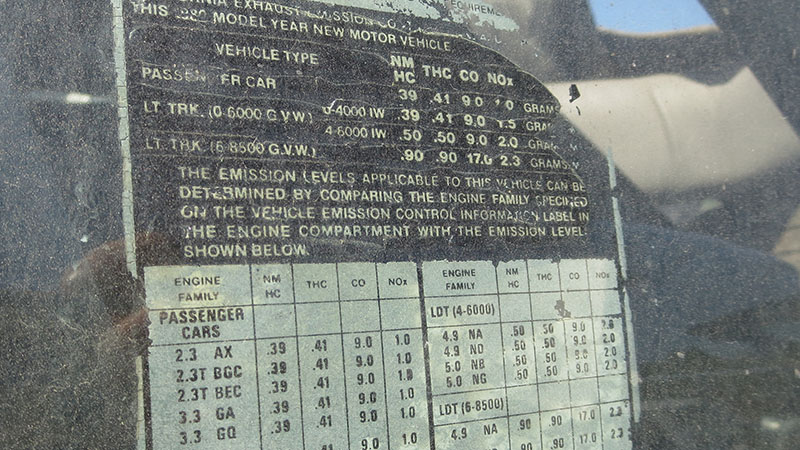 So, which would it be for you? Pay extra for the hardware that makes your vehicle run clean and wear a halo, or go for the zero-smog-control package and wear horns? Explain your choice.
X