Americans have a seemingly unquenchable thirst for crossovers, and that was illustrated this week by the slew of new utility vehicles of unveiled at the Los Angeles Auto Show.

They came in all shapes, sizes, and price points, underscoring momentum in the segment that's fueled by low gas prices and US consumers' preference for higher-riding vehicles with space and capability. Some, like the Mazda CX-9, were traditional SUVs with three rows and all-wheel drive. Others, like the Infiniti QX30, were hatchbacks with a bit of ground clearance. Regardless, they're entering a red-hot segment that's becoming more diverse seemingly by the day.

"I think we're going to see continued explosion in this area, and it's not going to stop anytime soon," said Mike O'Brien, Hyundai vice president of corporate and product planning.

The Los Angeles show also featured the new Ford Escape, Kia Sportage, and Mitsubishi Outlander Sport, which are key mainstream products for their companies. Cadillac used the expo to display the XT5, which replaces its top-selling vehicle, the SRX, and Land Rover rolled out the stylish Range Rover Evoque convertible.

The Buick LaCrosse, Nissan Sentra, Lincoln MKZ, and Hyundai Elantra four-doors were among the products that crashed LA's crossover party. "The 2015 show continues to reflect the interest of consumers in SUV products, though balanced by introductions of several new mainstream sedans," IHS senior analyst Stephanie Brinley wrote in a research note.

The crossover craze has companies like Nissan, which maintains a global portfolio of crossovers sold in other markets, pondering its next move. "If the market continues to grow, we may have the opportunity to look at those products," said Pierre Loing, Nissan product planning vice president. He did add with emphasis, the next Z-car will not be a crossover, again dispelling rumors that circulated earlier this year.

Aside from the Fiat 124 Spider, which took first place in our editors choice awards, crossovers were the story in Los Angeles. As O'Brien put it, "You can talk about crossovers all day." We'll stop now.
OTHER NEWS & NOTES 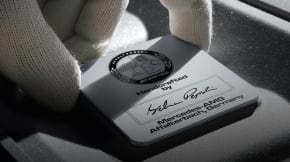 Mercedes-AMG is ramping up production of its signature V12 engine and will relocate production from its base in Affalterbach to another Daimler site in Mannheim. The move between the German cities will accommodate the increased demand for the biturbo V12. It will also free up capacity in Affalterbach for AMG to make more V8 engines. Production starts in early 2012. "At the end of the day, it's a story of success," Mercedes-AMG chairman Tobias Moers said of the ramp up.

Purists, don't fret. The V12 will continue to be hand-built on its own line in the Mannheim facility, which will be renovated. The engine is used in AMG's high-powered S65, S65 coupe, G65, and SL 65. But as Moers told us, it won't be under the hood of a new hyper car anytime soon. 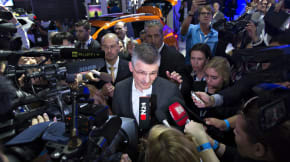 The Volkswagen diesel emissions scandal again grabbed the spotlight in LA, and the company's US head led off VW's event with another lengthy apology. "We will continue to work very hard for approved remedies, VW chief executive Michael Horn said at a packed press conference. "Nothing is more important to me personally than the satisfaction of our customers." The company is offering a $1,000 goodwill package to owners of its diesel-powered cars, and Horn said about 120,000 people have signed up for it. Volkswagen admitted to cheating on emissions tests to make its cars appear cleaner than they actually are in real-world driving. The scandal erupted in September, and VW faces recalls and legal action around the world. The apology immediately rang hollow, when the company admitted the next day to the EPA that more of its cars have the defeat devices. 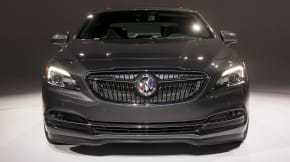 It's a little insidery, but Buick has a new crest. It debuted in LA on the 2017 LaCrosse and brings color back to the brand's famous tri-shield. The emblem has red, blue, and silver (look closely, it appears white at first) panels. They replace the monochromatic shields worn by Buicks in recent years. All models will have the new badge by 2018. In front, it's set in a horizontal wing used by the striking Avenir concept, and cues from that show car will be continue to appear on future Buicks. "You'll see more and more similarities there," General Motors president Dan Ammann said. The winged grilled has a bit of history itself and harks back to the 1954 Wildcat II concept.