The first time I heard rumors about a droptop Nissan Murano, I thought it was a joke. Then I saw the production Murano CrossCabriolet at this very auto show in 2010, and the joke got all too real. It's an interesting concept, the convertible crossover. And though it didn't quite work for Nissan ( in fact, it was a total failure), perhaps there's a second shot at niche success with the smaller, better-looking Range Rover Evoque Convertible.

With the top up, the roof retains the shape of the Range Rover Evoque. Retracted, the three-door looks kind of chunky and cute, and trust me, it's not hard to imagine these things all over the streets of metropolitan Los Angeles, especially the wealthy neighborhoods. I say that because, as you can imagine, the Evoque Convertible isn't cheap, starting at $51,470. A friend of mine even spec'd one up to nearly $74,000. Woof.

Still, if any lifestyle car is going to pull off the whole CUV-convertible thing, it's the Evoque. Check it out for yourself in the gallery above.
Show full PR text
RANGE ROVER EVOQUE CONVERTIBLE – A CONVERTIBLE FOR ALL SEASONS

(MAHWAH, N.J.) – November 8, 2015 - Land Rover has unveiled its first compact convertible SUV against the backdrop of the University of the Arts' famous Central Saint Martins building in Granary Square, Kings Cross, London. The Range Rover Evoque Convertible combines the bold design and refinement of the Range Rover Evoque with a sophisticated folding roof to create a versatile, all-season convertible SUV.

As the newest member of the Range Rover family this highly desirable model combines traditional Range Rover luxury with an elegant four-seat convertible design and versatile storage while simultaneously meeting the rigorous standards set by the Land Rover brand; ensuring superior structural rigidity, trademark refinement, and unrivalled breadth of capability both on- and off-road.

Gerry McGovern, Land Rover Design Director and Chief Creative Officer, commented, "The Range Rover Evoque Convertible is a vehicle for all seasons. Its uniquely distinctive design and world-class engineering add another dimension to the Range Rover family, further enhancing its desirability and appeal."

The global Land Rover SUV market is forecast to grow by 20 percent over the next five years1 and the Range Rover Evoque Convertible will play a key role in continuing the 45-year Range Rover success story.

The eye-catching exterior design of the Range Rover Evoque Convertible is made possible by a sophisticated fabric roof shaped to create a defined silhouette that remains faithful to the vehicle's original award-winning design. Its Z-fold mechanism lays flush with the rear bodywork for a sleek, uncluttered appearance when lowered.

The fully-automated roof stows in 18 seconds, and can be raised in 21 seconds, at speeds up to 30mph3. When closed, it provides high standards of refinement with a layer of acoustic insulation ensuring interior comfort on par with the five-door Range Rover Evoque. The 8.9-cu. ft. (251-liter) luggage space offers added practicality.

At the heart of the cabin is an all-new, 10.2-inch touch-screen featuring the next generation Jaguar Land Rover InControl® Touch Pro™ infotainment system. Making its debut for the Land Rover brand on the Range Rover Evoque Convertible, InControl Touch Pro offers seamless smartphone integration and is available with door-to-door navigation, Wi-Fi connectivity and a premium sound system2.

The new Range Rover Evoque Convertible will be produced at the Land Rover Halewood plant in the UK, alongside the five door and coupe body styles, and goes on sale from mid-2016 in more than 170 markets worldwide. 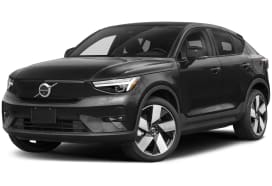 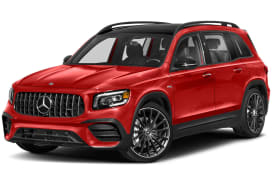