How would you end distracted driving?

Bradley Iger
A study conducted by the Department of Transportation suggests that those who text while driving are 23 times more likely to be involved in an accident than those who drive undistracted. Despite that alarming figure, more than 37 percent of drivers polled admitted to occasionally texting while driving, while 18 percent said they do so regularly. Judging by the observable evidence here on the streets of Los Angeles these days, I'd say those figures are woefully below reality – nearly every time I look around while in traffic it's clear that most people are paying more attention to their mobile devices than the task of driving.

There's little doubt that now more than ever we're faced with a barrage of distractions behind the wheel, but while the social and legal repercussions of distracted driving are a fairly recent development, having your attention pulled away from the road while driving certainly is not. 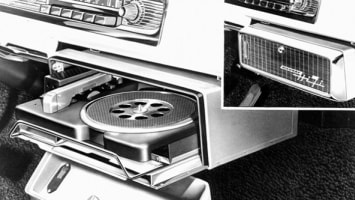 Up until the mid-1950s, in-vehicle audio entertainment was largely a passive experience – that is, you listened to whatever was playing on the radio or you listened to the engine hum. But in 1956, Chrysler helped usher in the era of the active automotive listening experience with the introduction of the Highway HiFi. Despite being conceptually ill-conceived from the get-go, the mobile record player allowed drivers to choose their music rather than having it chosen for them by a radio DJ. For obvious reasons the system was notoriously finicky, but it served as the prototype for the technological distractions that would increasingly draw drivers' attention away from driving as the decades passed.

Throughout the rest of the 20th century, most of these distractions stayed largely confined to music selection, though the advent of the pager did provide some foreshadowing of a connected future in our cars. It wasn't until cell phones became commonplace that the issue got out of hand. By the time smartphones became the norm less than a decade ago, the concept of ubiquitous connectivity to anything and anyone quickly became such a staple of the modern diet that both governments and automotive manufacturers found themselves at a loss for how to address the problem.

Across the country legislation has been passed to prevent drivers from taking their hands off the wheel to answer calls, though in many regions the laws are rarely enforced. What's more, studies have shown that switching to hands-free calls has little effect on an individual's level of distraction.

More recently, efforts to both minimize the distraction of smart phones and provide a familiar (and modern) infotainment platform to consumers has yielded technologies like Apple CarPlay and Android Auto. Along with their added smartphone-based functionality, these interfaces are designed to simplify the common tasks performed on phones while driving – essentially an admission that drivers are going to use their mobile devices while driving whether or not it's safe to do so. 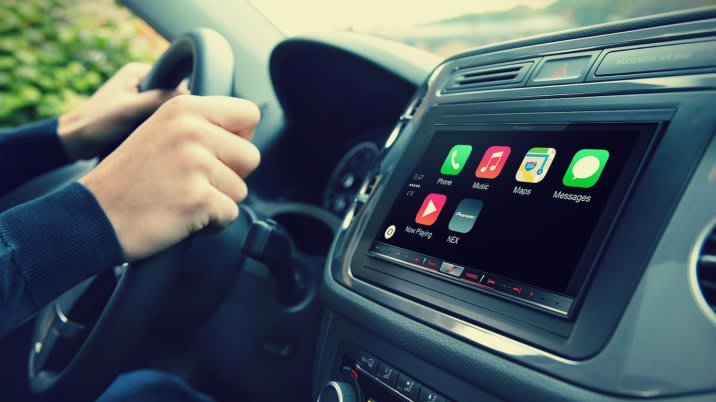 But in practice, these interfaces come with their own set of distractions. CarPlay, for instance, doesn't allow for the use of Google Maps, instead relying on Apple's own mapping software, one which tosses the map information entirely if you go out of range of a cell tower. In the CarPlay implementation, Maps also lacks pinch-to-zoom functionality.

During a recent 700-mile drive in a vehicle equipped with the interface, I cursed CarPlay and Apple Maps enough times that I eventually ditched them altogether. Instead, I fired up the Google Maps app on my phone and left it in the cup holder where I would glance down at it regularly, thereby defeating most of the purpose of CarPlay in the process.

CarPlay is still in its infancy and I have no doubt it will improve as time goes on – perhaps even allowing drivers to use their preferred navigation apps at some point – but as a solution to mitigate distracted driving, it falls far short of the goal. While I haven't spent enough time with Android Auto to make a definitive call about its impact on everyday driving, suffice it to say that using your smartphone while driving, regardless of how you deliver your inputs, is inherently distracting. So if this latest attempt to temper the problem is already proving to be largely futile, where do we turn to stem the tide?