Greg Migliore
Aston Martin showed off an all-electric Rapide S prototype this week and announced an agreement with investment firm ChinaEquity to explore development of a production version of the sports sedan.

The car could arrive in about two years if the project advances, and it would be built in Gaydon, England. The concept car, called the "RapidE" was developed with Williams Advanced Engineering. The electric Rapide is meant to highlight British innovation, and it was revealed during a state visit by Chinese president Xi Jinping to the United Kingdom.

Spec were not available for the concept on display. "The car we showed in London is a fully running concept but not yet defining [of] our choice of battery, motor, inverter, etc," spokesman Simon Sproule said. "Now that we have a clearer path for producing the car, we will be defining all the parameters."

Aston Martin has been vocal about its electric ambitions this year, and Sproule told us at the New York Auto Show that an all-electric Rapide could cost $200,000 to $250,000 or more. "It's a study, but we're serious about it," he said. Some reports have indicated the electric Rapide could pack as much as 1,000 horsepower.

Aston considers electric technology the strongest play for modernizing its powertrains and meeting emissions standards around the world. Hybrids and all-electric models can offer high outputs and strong torque delivery, which is in keeping with the Aston's image as a sportscar maker. Company brass prefer this option over dropping down to four-cylinder engines. And yes, V8s and V12s remain part of the plan.

The electric push is part of Aston's future strategy to remake its lineup, which includes refreshing its sportscars, building a production version of the electric all-wheel-drive DBX concept shown at the Geneva Motor Show, and adding a four-door Lagonda.
OTHER NEWS & NOTES 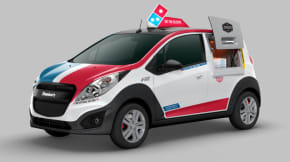 Domino's revealed a purpose-built pizza delivery car based on the Chevy Spark. It's called the DXP, for Delivery Expert, and it can handle up to 80 pizzas. The pies stay warm thanks to an oven located behind the driver's seat, and the DXP is sauced up with a puddle-lighting feature that projects the Domino's logo outside of the car. Power comes from the Spark's stock 1.2-liter four-cylinder engine rated at 84 hp that gets up to 39 mpg on the highway. Chevy dealers will be trained to service the DXP.

The project was born out of a five-stage crowd-sourcing competition run by Local Motors that drew 385 entries. Roush Enterprises, former General Motors executive Kenneth Baker, and Domino's then collaborated to make the concept reality. Domino's and Roush plan to convert 100 Sparks over the next 90 days, and they will launch in Detroit, Dallas, Houston, Seattle, and other major markets. 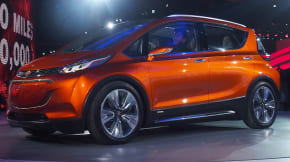 Speaking of small Chevys, the Bolt was also in the news this week when General Motors detailed its close relationship with supplier LG that's smoothing development of the electric car. GM called the arrangement "unprecedented," and integrated LG and its related companies early as the Bolt concept advanced. LG is supplying the Bolt's battery pack, electric motor (that was built using a GM design), on-board charger, infotainment system, instrument cluster, and other parts. The Bolt, which promises a range of more than 200 miles, will go into production in late 2016. 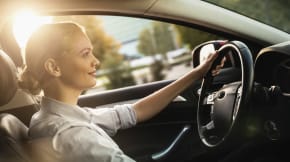 Hands-free features could be more distracting the we previously believed, according to new research from the AAA Foundation for Traffic Safety. AAA says drivers can remain distracted for up to 27 seconds after sending a text, making a phone call, or changing their music selection when using voice commands. "The results indicate that motorists could miss stop signs, pedestrians, and other vehicles while the mind is readjusting to the task of driving," foundation CEO Peter Kissinger said in a statement.