Senator supports motorists' rights to repair their own cars

Pete Bigelow
A prominent U.S. senator is speaking out on behalf of motorists who like to repair their own cars. Sen. Ron Wyden urged the U.S. Copyright Office to grant a proposed exemption in copyright law that would ensure drivers and gearheads have a legal right to tinker with and fix vehicles. Writing in The Wall Street Journal, he said car owners deserve legal protection for such activities and warned restrictions could stifle technology advances.

"Great innovations can happen when tinkerers, engineers, hobbyists and independent researchers examine how a device works and say, 'I think I can make this better – and safer," wrote Wyden, a Democrat from Oregon, pictured below.

He's the first U.S. senator to comment on an ongoing review of proposed exemptions to the Digital Millennium Copyright Act, which prohibits third parties from accessing copyrighted works. Every three years, the Copyright Office, a division of the Library of Congress, holds hearings to determine whether exemptions to the law are warranted. Back when the DMCA was enacted, it was intended to protect Hollywood products against piracy and illegal distribution of movies and music. But In the interim, cars have transformed into mobile computing platforms, and the software that runs essential functions may fall under the law's purview.

The Copyright Office hasn't examined cars in these periodic reviews before, but the office is considering two specific exemptions that relate to vehicles. One would protect the rights of everyday car owners to modify and repair their own cars, and a second would give security researchers legal standing to probe vehicle software. Decisions on proposed exemptions are expected by the end of October. 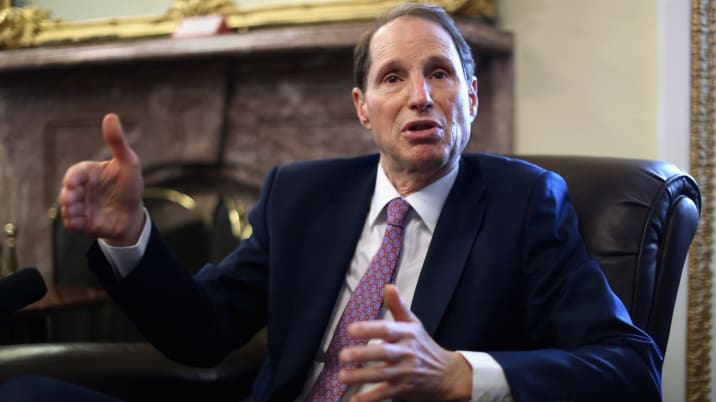 Automakers have opposed the proposed exemptions, saying vehicles have become too complex for everyday gearheads to fix and that any missteps could create safety hazards. During May hearings on the proposed exemptions, they argued that software that runs dozens of essential car components is best maintained and fixed by their employees or approved partners. Access from outside parties, they argued, should constitute copyright infringement. But such a position locks everyday gearheads, independent mechanics and third-party researchers out from under the hoods of millions of vehicles. Without exemptions in copyright law, these groups may no longer legally be able to access vehicle software.

"This would be a massive mistake," Wyden wrote. "Americans need to speak up."


"Great innovations can happen when tinkerers, engineers, hobbyists and independent researchers examine how a device works and say, 'I think I can make this better – and safer." - Ron Wyden

In Washington, his support for exemptions isn't widely shared. Other Congressional members haven't commented on the exemption review and the federal agencies that have commented on the proposed exemptions haven't supported them. The Department of Transportation did not support an exemption for security researchers, and argued in an ambivalent statement that the risks would outweigh the benefits. Even though such independent research uncovered emissions discrepancies that helped expose the Volkswagen cheating scandal, the Environmental Protection Agency recommended the exemptions be rejected. In its written comments, the EPA worried that with an exemption tinkerers would modify engine software to increase power or fuel economy, both of which would likely increase emissions.

Wyden criticized the agency's position, writing, "in short, while the EPA is worried about individuals potentially violating the Clean Air Act or other regulations, it should be worried about the companies that are actually doing so."

The senator has been concerned with innovation in the technology sector since the 1990s, when he helped write the Communications Decency Act, part of which ensured that websites and internet service providers couldn't be held liable for third-party content. In April, Wyden co-sponsored the Breaking Down Barriers to Innovation Act, which aims to reform the 18-year-old DMCA. At the time, he said, "the DMCA's copyright restrictions make us more vulnerable to cyber attacks and stifle innovation."

The Breakdown Down Barriers to Innovation Act has been referred to a Senate subcommittee, and has yet to pick up any co-sponsors.