The Competence Of Quiet

View All Specs
1 Review
From the first product briefing in a Barcelona hotel, to the dusty end of a day of off- and on-road driving, Land Rover engineers and public relations staff gave me stacks of information about the new diesel-engined Range Rover Sport. How efficient the newly motivated SUV would be, how much it will cost buyers, facts about the technology that's gone into the new engine, notes on available feature content, and more. But, before I'd turned a wheel in the freshest Range Rover family member, the most intriguing bit was this: in blind pre-production testing, not a single participant had identified that the vehicle they were driving was diesel-powered.

To put it bluntly, I was skeptical. Were the driver's fashionistas whose only conception of " diesel" was as a slightly bro-y clothing company? Perhaps the unwitting test-drivers were casually selected from queue-standers at the local Beltone hearing test center?

As it turns out, Land Rover has done a lot of work to make the 3.0-liter, "Td6" turbodiesel as quiet as possible. To start, the engine block is made of compacted graphite iron (CGI), which reduces overall vibration and refines the character of the engine. New, isolating engine mounts further smooth things out, and an acoustic laminated windshield buffers the SUV's cabin from the outside world. 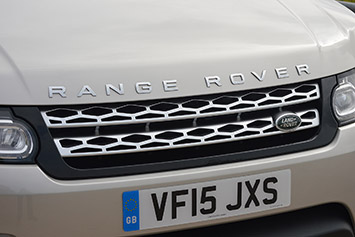 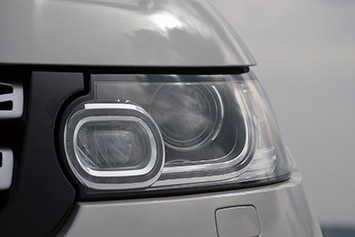 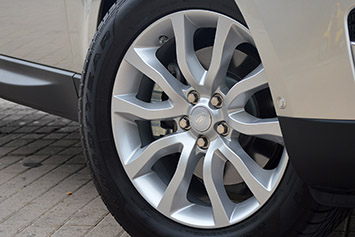 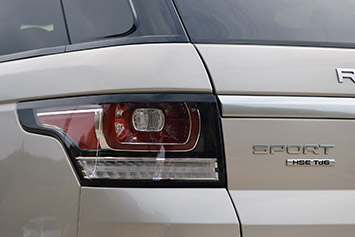 Forget everything you know about the rattling, clicking, clattering sound of diesels past.

The overall result of this effort is impressive, as I found gleefully turning the wheels in the mountains around Barcelona, Spain. Even at speeds of 70 miles per hour and higher, the Td6 sailed along with a bit of wind rush the only noise to mar the interior quiet. Other vehicles do well with loads of noise-cancelling insulation, of course, but the Range Rover Sport was even near-silent from the outside. While walking around the running vehicle to photograph it, the engine emitted a low murmur a few decibels above the ambient hum of the countryside. Forget everything you know about the rattling, clicking, clattering sound of diesels past. Land Rover's Td6-equipped SUV is one of the quietest diesel vehicles I've ever experienced, and probably the most noise-refined thing currently in the automaker's showroom.

The complete stillness was surprising, but it wasn't long before I was enjoying the expected goodness of the new powerplant: diesel torque. The Td6 is good for a modest 254 horsepower, and a great big happy 440 pound-feet of torque. That's more than enough to quickly motivate the lightweight SUV – under 5,000 pounds qualifies as "light" in this heavyweight class. Sixty miles per hour comes up in just 7.1 seconds, or about the time it takes a Mini Cooper driver to say, "that's quicker than I expected." But the real benefit of the torque output is on the highway, where I was able to blithely pass anything that wasn't German-driven or late for dinner. And, for those keeping score at home, the Td6's 0-60 figure is only two-tenths of a second behind the gasoline-burning, supercharged-V6 version of the Sport. 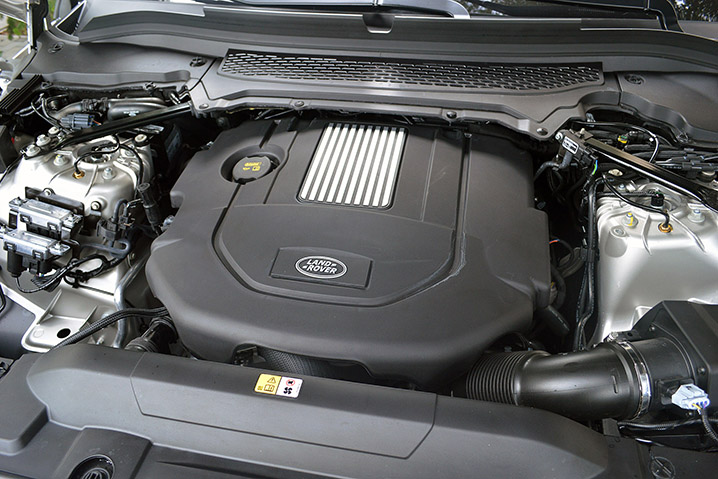 The SUV is rated at an impressive 28 mpg on the highway, with 22 mpg in the city and 25 combined.

But the big win for the Td6 is displayed loud and proud on the window sticker. The SUV is rated at an impressive 28 miles per gallon on the highway, with 22 mpg in the city and 25 combined. Compare that with 17/22/19 City/Highway/Combined ratings for the supercharged V6 gas engine, and you'll see that recouping the $1,500 diesel premium might not be an arduous task (as long as diesel prices don't skyrocket, naturally). For reference, those economy numbers put the Range Rover Sport right in the middle of its closest diesel competitive set, too: 19/28/22 for the Audi Q7 TDI, 22/29/25 for the Mercedes-Benz M250, and 24/31/27 for the BMW X5 xDrive35d.

Every one of those luxury load-luggers is good to pilot over long distances, of course. But the Range Rover Sport does seem to do it with an air of class that's a level above. Thanks, no doubt, to the ultra-quiet ride, I found the 19-speaker Meridian stereo to be impressively clear and warm, even at low volumes. Land Rover's infotainment system is easy to use, if uninspiring to look at, but the rest of the cabin feels top-notch. Soft leather covers supportive seats as well as most touch points, and metal and wood accouterments look swell and feel rich. 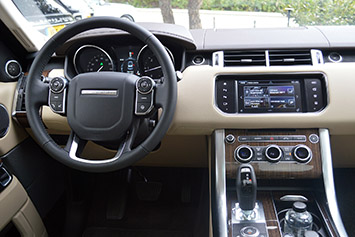 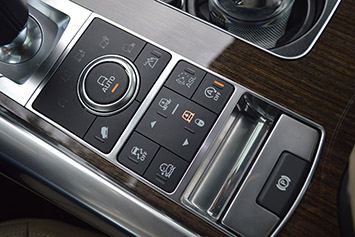 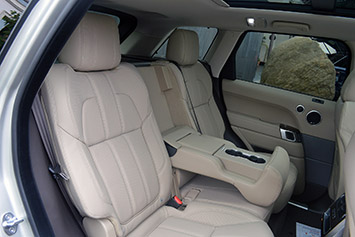 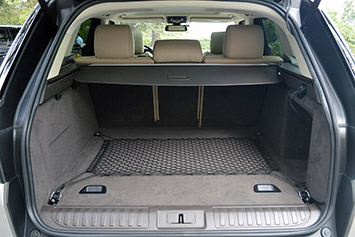 "Sport" is a bit of a misnomer, though "Range Rover Composed" doesn't exactly have the ring of a best-seller.

None of that differs in the Td6 iteration of the SUV, relative to the Range Rover Sport we've come to know and love, of course. And nothing changes in the driving experience either, other than that diesel vs. gas power delivery. Land Rover sent me out on some fabulous winding roads outside of Barcelona, all of which were dispatched easily enough and with expected isolation. Even as the lightweight of its peer group, the big Rangie is hardly something you'll want to toss from apex to apex around a Spanish mountain. "Sport" is a bit of a misnomer, I guess, though "Range Rover Composed" doesn't exactly have the ring of a best-selling model. The SUV sways soothingly on tight corners and implores its pilot to drive smoothly, not aggressively, and really enjoy the path ahead.

In my case, the route terminated at an off-road driving course that Land Rover uses frequently for events in the area. The Td6 engine has got nothing to do with the Range Rover Sport's off-road ability, but it was fun to (yet again) see how insanely capable the luxury giant can be on a trail. Amongst the features I'd never sampled, Land Rover's All-Terrain Progress Control was the most impressive. The feature is just like hill descent control, but for going up. I set my desired speed, engaged the system, and watched the truck yank itself up an intimidating rock face while letting me steer. Should your heart desire taking $60,000+ worth of lifestyle statement very far off the road, this is a good way to do it. 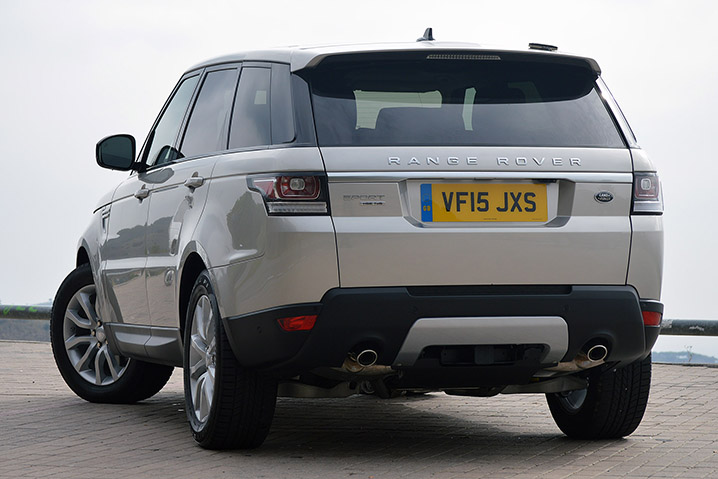 That dirt-track prowess and Range Rover badge have always meant a price premium, too. Even with the very reasonable $1,500 upcharge for the Td6, you're still looking at roughly ten grand over and above what Mercedes and BMW will ask for their diesel SUVs, though they are slightly smaller. Audi Q7 pricing is much closer, as is that of the new Volvo XC90 T8 Hybrid, which is perhaps the choice for the fuel-concerned large vehicle driver that prioritizes style over ruggedness. My feeling is that this is a segment only partially decided by rationality, which is why Range Rovers remain so compelling despite their swanky sticker prices.

Land Rover expects that its new diesel option will ramp up to be quickly popular for its customers. The guess is between 15 and 20 percent of buyers will pick the Td6 engine (for both the larger Range Rover and the Sport). After a day of driving it, in utter quiet and total comfort, that target seems very reasonable. The Range Rover Sport has always been an excellent choice as an impressive SUV to park in the driveway, and now I have a hard time imagining why I'd want mine to drink anything but diesel. 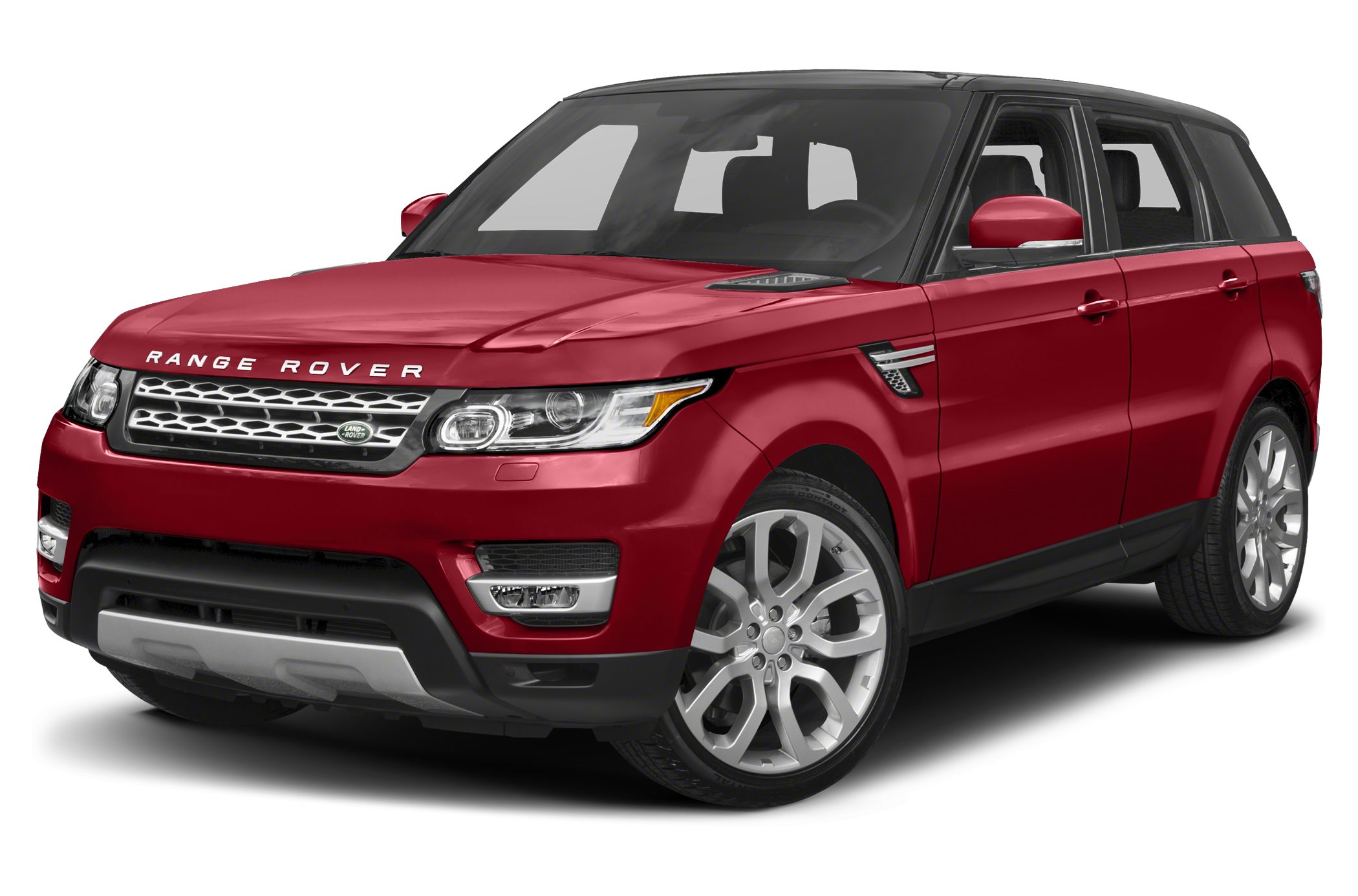