A Maserati dealer with stores in New York, New Jersey, and Florida is suing Maserati North America for allegedly requesting that they inflate sales or receive lower incentives. The plaintiff in this case refused to participate and claims that it unfairly lost profits as a result, according to Automotive News.

The lawsuit hinges on a request from FCA that its dealers move vehicles into their test-drive fleet, a practice called punching them. Most stores keep at least one example of each model in their demonstrator fleet. While they don't immediately go to a customer, a punched vehicle appears as a sale for an automaker at the end of the month.

This case alleges that Maserati North America told its dealers in September 2014 to punch 2015 Ghiblis, even though the sedans hadn't been delivered yet. As a result, the Italian automaker was able to post an additional 105 sales for the month. Furthermore, the stores purportedly received additional bonuses when they later sold these models to customers, and there was possibly another request to claim vehicles as demonstrators in December 2014, Automotive News reports.

Amid rapidly growing global demand, Maserati increased Ghibli and Quattroporte production to 900 cars per week in mid-2014. However, the company had to reverse course in 2015 and cut back shifts at its Grugliasco factory. The launch of the upcoming Levante crossover is expected to bring another boost. 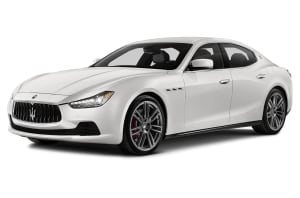