New Smart ED not coming to US until 2017 Smart is broadening its global lineup considerably with its new generation. There are two body styles, two engines, two transmissions, and more color combinations than we could shake a stick at. But, if you're waiting for a new electric version in the US, you'll have to wait a little longer. According to Automotive News, Smart won't launch the new ED (electric drive) model until 2017, which rules out the "late 2016" window we heard was possible earlier this year. We've asked Smart USA for confirmation of this time change, but have not yet heard back.

The standard, fuel-burning version of the new ForTwo, on the other hand, is slated to arrive at US dealers in November. It will only be offered to American customers in two-door guise with the turbocharged engine, driving 89 horsepower through either a five-speed manual or six-speed dual-clutch transmission.

The outgoing electric Smart is still going to be offered in three iterations. It first saw a pilot lease program distribute 100 vehicles in London, powered by a 41-horsepower electric motor and a 13.2-kWh sodium-nickel chloride battery that could take it for 68 miles on a single charge. The second followed in 2009 and spread 2,000 vehicles across 18 markets with a 27-hp motor with a 40-hp overboost and a 16.5-kWh lithium-ion battery for a range of 84 miles. The current, third iteration was unveiled in 2011 with a 74-hp motor, a 17.6-kWh lithium-ion battery and a 90-mile range.

Expect the new Smart ED to further improve on those numbers when it arrives within the next couple of years. Until that time, the current model will still be offered as Daimler prepares the new ED model for launch as part of a growing array of plug-in electric vehicles. 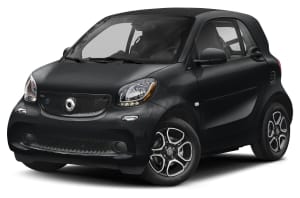