Sebastian Blanco
It's been a rough summer so far for both the Chevy Volt and the Nissan Leaf, the first two plug-in vehicles from major automakers that ushered in the modern plug-in era. In June 2015, sales were down from their 2014 levels. The Leaf was down 11.6 percent and the Volt was down 31.1 percent. For July 2015, things didn't get much better.

Even though Tesla doesn't release monthly sales figures, there's a good chance that the pricey Model S was once again the best-selling EV in the US in July, as it was in the first three months of 2015. At that time, Tesla delivered an average of just under 2,000 Model S EVs a month. We might get some insight into more recent numbers during the quarterly investor call on Wednesday.

As we've said before, the low sales for the aging plug-ins can be explained by the fact that both the Leaf and the Volt are due for upgrades. The second-gen Volt is coming in a few months. Nissan is being cagey about when the updated Leaf will arrive, but given these latest sales figures, we wouldn't be surprised if the undisclosed timetable gets move up somehow. 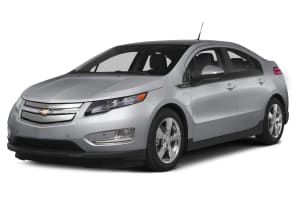