We have a strange affection for vans here at Autoblog, perhaps due to all that free candy we ate as kids. So when Ford announces some minor updates to the Transit and Transit Connect, we deliver the news that every plumber, electrician, and airport shuttle driver across the nation (and Canada) needs.

The biggest item for 2016 is an optional passenger side sliding door on medium- and high-roof models, improving access to the Transit's cavernous interior. Ford's rollout of the much-improved Sync 3 infotainment system also expands to the to large van. And a reverse backup camera is now standard across the lineup.

The little Ford Transit Connect is also tweaked for the next model year, right after we spent some time in the 2015 version. Titanium trim on the long-wheelbase wagon model brings second row bucket seats that fold flat. With XLT trim, you can swap out a bench seat for the buckets at no extra charge.

DEARBORN, Mich., June 4, 2015 – America's best-selling van is even better for the 2016 model year, with the addition of available SYNC 3, rearview camera technology and new customization options.

"These and other updates make the 2016 Ford Transit the smartest, most flexible van ever offered by Ford," says Yaro Hetman, Ford brand manager for Transit, Transit Connect and E-Series. "Transit replaces America's best-selling van for 35 years, E-Series, first sold in 1961 as Ford Econoline, and we look forward to continuing our leadership in this important segment."

Transit quickly took over the best-selling commercial van title in November 2014, having been available beginning in June at U.S. and Canadian dealerships for the first time. Ford has produced more than 100,000 Transit vans and wagons at Kansas City Assembly Plant during the 2015 model year.

All 2016 Ford Transit vans and wagons will include a rearview camera and trailer hitch assist technology as standard equipment. Trailer hitch assist automatically engages when the vehicle is shifted into reverse and displays a graphical overlay on the screen that helps guide drivers to line up a hitch with a trailer.

2016 Transit cutaway and chassis cab customers will have the option to display the area behind the vehicle on the rearview mirror.

Dual sliding side cargo doors also will be available for the first time on Ford Transit medium- and high-roof vans – meaning customers can choose from 58 vehicle configurations, up from 47 in the 2015 model year. With the introduction of a dual sliding door option on the 2016 Transit van, the vehicle with the most configurations in its class just got even more flexible.

"Transit customers appreciate that the vehicle is purpose-built to serve their businesses, and the enhancements we are making for 2016 are driven by customer feedback," Hetman says. "We are making America's best-selling commercial van even smarter and more flexible."

A host of additional upgrades for the 2016 Transit are designed to increase capability for customers who upfit their vehicles. Auxiliary fuse panels are optional on all Transit variants to power custom upfit accessories or other implements. A single absorbed glass mat (AGM) battery – designed for drivers who need to power extra lights or equipment – is optional on all gas engines. Heavy-duty alternators are optional on wagons – giving customers who upfit their vehicles more power to run accessories.

Front dome lamps with map lights and theater dimming will be standard on all Transit variants. The USB jack moves above the cupholder in the center console for easy access.

The flexible-fuel vehicle system will be standard equipment on 2016 Transit Connect vans with 2.5-liter I-4 engines destined for non-California emissions states – giving customers more choices. Flex-fuel Transit Connect vans are engineered to run on E85 (85 percent ethanol and 15 percent gasoline), unleaded gasoline or any blend of the two. Ethanol burns cleaner and is more renewable than conventional fuels.

A perimeter alarm will be included at no additional charge when available remote start is ordered on Transit Connect, helping minimize complexity and providing value to customers. The feature – which detects security threats through impact and shock sensors and activates an alarm to help protect vehicle contents – can potentially help lower insurance costs.

2016 Transit Connect vans will be available at Ford dealerships beginning in September.

New seating options and driver-assist technology for Transit Connect Wagon
Ford Transit Connect Wagon – the unminivan – which already boasts the most flexible seating in its class, now features standard second-row fold-flat bucket seats for the 2016 Titanium model. The bucket seats are available as a no-charge option on the XLT long-wheelbase model, while a six-way power driver's seat is available in cloth for the first time on XLT.

The 2016 Transit Connect Wagon will be available at Ford dealerships beginning in September. 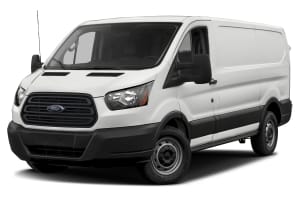