Pete Bigelow
Buy a General Motors vehicle lately? Check the fine print. The company says you may not own some parts of a vehicle that actually make it run.

In comments sure to rankle customers, a GM attorney said Tuesday the company believes the software that controls every vehicle function belongs to them. Even after customers pay tens of thousands of dollars for a car, the company says users are merely signing a licensing agreement to use it over its lifetime.

"It is our position the software in the vehicle is licensed by the owner of the vehicle," attorney Harry Lightsey said.

The comments came in Los Angeles during a hearing conducted by the US Copyright Office, which will soon decide whether to grant exemptions in copyright laws that would allow independent mechanics and gearheads to continue fix and repair cars.

A pivotal question the federal officials must answer in making that determination is whether car companies maintain proprietary rights to software that underpins vehicles or whether customers can modify their purchases as they see fit.

GM's stance is a sweeping one. Cars today are mobile computing networks. Critical functions like steering, acceleration and braking are all controlled by software. Each GM model contains an average of 30 electronic control units. Without legal access to these ECUs and the software that run them, mechanics and others who enjoy working on cars may need to cease repairs.

GM's comments echoed those of heavy equipment manufacturer John Deere, which asserted lifetime ownership rights of software found in its products in written submissions to the Copyright Office. Every three years, the office hears arguments for whether certain activities should be exempted from the Digital Millennium Copyright Act's Section 1201.

General Motors currently prompts customers to sign licensing agreements for some vehicle functions, like its OnStar navigation and infotainment packages. Although they don't have car buyers sign agreements for all ECUs, the company is now claiming that licensing principle applies across the entire car.

"What we have in today's world, for example, is there is a license agreement for GM's telematics system and for the infotainment system, and those are the systems the owner interacts with and comes in direct contact with," Lightsey said. "It would be difficult to have licenses for the myriad number of ECUs in a vehicle."

Owners have more rights than licensees under existing laws – or a proposed exemption – to modify these software codes without infringing on copyright protections. So the distinction between the two is important to General Motors' request that the Copyright Office deny the proposed exemption. 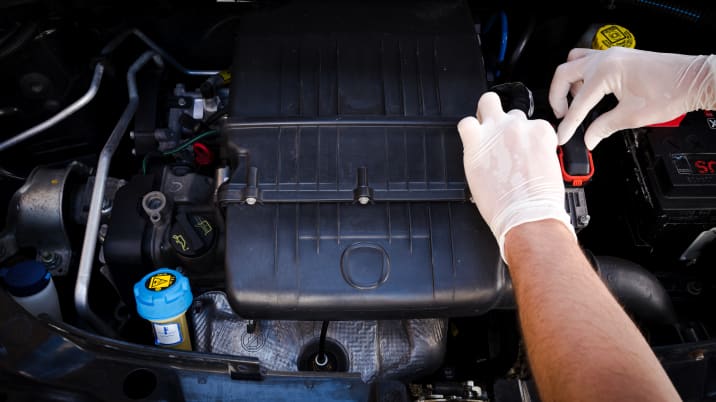 In explicitly having customers sign agreements for telematics and infotainment services but not other ECUs, Kit Walsh, a lawyer for the Electronic Frontier Foundation, a nonprofit that's fighting for individuals' right to repair cars, argues the company has drawn its own line between what software is licensed and which is owned.

"It's pretty clear that there's no written agreement that restricts a purchaser's ability to use and re-sell that copy," he said.

Further complicating GM's argument over ownership is the fact licenses for OnStar are not necessarily transferred from one person to the next when a car is sold. Unless the previous owner cancels their OnStar subscription, the company acknowledged it lacks a mechanism to track these changes.

"Our position would be when they transfer the car, they transfer what they own – the car itself – and the license to operate that software," Lightsey said.

The broader issue of whether an exemption to the DMCA's section 1201 is granted could hinge on these used-car transfers. But there are pitfalls on both sides of the issue.

If an exemption is granted and mechanics and car enthusiasts could make any modifications they wanted to software, Jacqueline Charlesworth, general counsel for the Copyright Office, said she found it "troubling" potential buyers of used cars could be left unaware of what changes were made.

"You're putting that burden on buyers of many, many used cars to have that software system completely evaluated," she said. "To me, I don't know, that's a troubling prospect that in an ordinary used-car transaction you have to be worried about whether there's been a software modification."

She feared a scenario that would pose a danger to safety, such as a used-car buyer purchasing a car that had airbags purposely disabled. A driver may be unaware of such a modification until it was too late.

Regardless of whether an exemption is granted, observers said they foresee General Motors and other carmakers adding more licensing agreements that cover ECUs. They fear these agreements would undercut mechanics' legal rights to tinker with cars and innovate. Meanwhile they predict OEMs will increasingly pressure customers to only use approved dealerships and parts for their cars.

Kyle Wiens, a right-to-repair advocate who founded ifixit.com, a do-it-yourself repair website, said the auto industry can only squeeze so hard before consumers will fight back.