General Motors and EVs: No stranger to firsts, but where's the leadership?

GM Has Promised A Lot In The Past, But Delivering Has Proven To Be Another Story

Chelsea Sexton
2015 is already shaping up to be the year of "affordable, 200-mile EV" concepts. Nissan and Tesla have each been talking about them for some time, the latter promising to unveil its Model 3 at the North American International Auto Show in January before balking when the time came. Instead, Chevrolet beat them all by unveiling the Bolt concept at the same event, followed shortly thereafter with suggestions of a 2016 launch – potentially offering the first nationwide EV with anything close to that range. It was the ballsiest EV-related move General Motors has made in a quarter century. But will it remain so?

Exactly 25 years before the Bolt rolled up onto the turntable, then-Chairman Roger Smith unveiled GM's last ground-up EV concept, the even-more-unfortunately-named Impact, at the Los Angeles Auto Show in January 1990. A few months later, he surprised most of his colleagues by announcing its intended production in honor of Earth Day. It was the first modern foray into electric vehicles for the US by any automaker, one that was rewarded by the State of California with what is now known as the Zero Emissions Vehicle mandate. The program not only forced other automakers into competing with Roger's pet project, but inspired all of them to fight it like small children against bedtime. 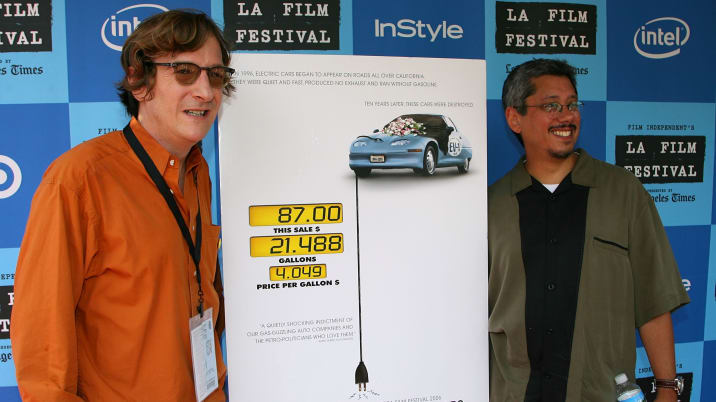 Some years later, the drivers themselves weighed in, with a biting documentary about that obstinance and the leadership it cost both GM and the country. Within months, GM was first back into the fray of plug-in vehicles. Many criticized the company for starting with a PHEV rather than jump straight back into EVs. The choice wasn't totally out of the blue – even EV1 was meant to be followed by a PHEV. And especially on the heels of Who Killed the Electric Car?, some skittishness was understandable: even a successful EV would invite a "we told you so" public reaction, underscoring their mistake in ending the EV1 program. If a new EV didn't do well, they'd be convicted in the public eye as serial killers. All while seeking a federal bailout.

For all the flak, the resulting Chevy Volt was and is a better car than GM has ever gotten credit for. But the company seemed to grow weary of having to overcome its varied past, and while the current owners remain happy, much of the stakeholder and community engagement that so effectively built early goodwill and sales growth faded not long after launch. Marketing has been spotty in both consistency and effectiveness. Along the way, the program lost some of its most passionate, visible faces – and with them, seemingly, its mojo. 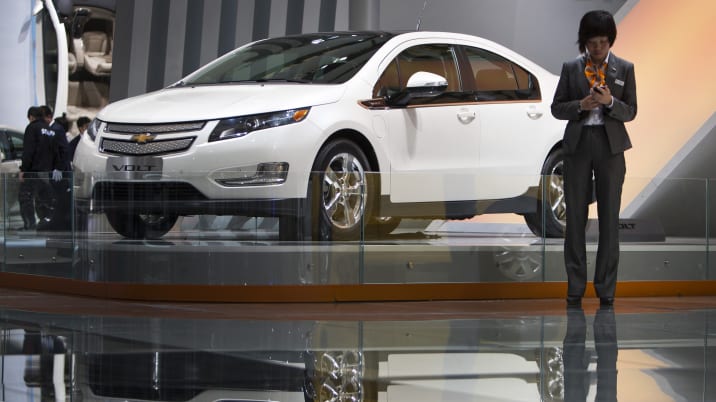 That the Volt remains in the top few spots of plug-in car sales rankings says more about the car, its owners and relative lack of nationwide competition than any current attempts on GM's part to actually market it. What should have been a beachhead in a new generation of plug-ins has lately been treading water.

When Chevrolet did finally launch the Spark EV, it was a compliance car. Fun to drive, sure, but limited distribution only confirmed the suspicions of EV fans that GM was not serious about battery-only vehicles. The on-again/off-again Cadillac ELR has struggled too, against a price that is almost conspiratorially high, even for a halo car. As the earliest adopters seek novelty elsewhere, it's a matter of time before GM squanders another lead, despite Mark Reuss's public refusals to do so. One assumes the machine will ramp back up as the launch of the re-vamped 2016 Volt, but the momentum lost in all the laurel-resting will take twice the effort to reclaim.

Ironically, GM's best strategy to do just that lies in the DNA of another Roger Smith endeavor. Saturn was, at its core, a brand built on experience more than a product. The cars were decent, but rarely better than most competitors. But the company was also uncompromisingly community- and customer service-oriented. In so being, Saturn invited its drivers to co-create its success – and they did. For years, owners were the company's best and most prolific marketing, until the brand was re-assimilated into the GM borg and stripped of both fresh product and most of the cultural underpinnings drivers had come to love. But make no mistake: in terms of enthusiasm, Saturn owners were EV people before there were EVs; it was no accident that the EV1 landed at Saturn instead of the originally-intended Cadillac. And for better or worse, those same corporate values transformed a mere hundreds of drivers into a movement, and a nerdy little car into an icon still referenced in coverage of GM's fifth plug-in vehicle to be unveiled since.

Building a good car is not enough. But the experience wrapped around that car can be everything. And GM pioneered the creation of that experience for a mass audience.

In unveiling the Bolt, GM sucked the air out of the room in Detroit back in January. The company has made promising noises since. But whether it can breathe sustained, vibrant life into a "real" EV program and embrace the leadership the company has been dancing around for decades remains to be seen. If they manage to pull it off, it will be an overnight success 25 years in the making – and one hell of a redemption story.

Chelsea began working in the auto industry before she was old enough to vote; her work on General Motors' EV1 program was featured in the Sony Pictures Classics film, Who Killed the Electric Car? She led the creation of the Automotive X PRIZE, co-founded Plug In America, and currently runs the Lightning Rod Foundation, through which she conspires with various stakeholders to get plug-in cars back on the road and educate consumers about them. Chelsea was also a consulting producer on Chris Paine's film, Revenge of the Electric Car and sold Saturns a long time ago.
X