Mercedes moves R-Class production to AM General in Indiana

Go back a decade or two and you'd have seen the SUV market polarizing in opposite directions: hard-core off-roaders like the Hummer on the one hand, and passenger-focused crossovers like the Mercedes R-Class on the other. Now their fates are set to intertwine, at least as far as manufacturing is concerned.

No longer producing Hummers, AM General (which designed and originally produced the Hummer) has been assigned the task of manufacturing the R-Class at its underused, 675,000 square-foot Commercial Assembly Plant in Mishawaka, IN – part of metropolitan South Bend. The decision was undertaken to allow Mercedes to free up production capacity at its plant in Tuscaloosa, AL, where it also produces the M-Class, GL-Class and C-Class, and where it will soon begin manufacturing the GLE Coupe. The vacation of the R-Class assembly line could be earmarked to make room for that new slant-roofed crossover (which was originally thought to be joining the Tuscaloosa plant as a fifth model) or could pave the way for another model to reach Alabama altogether.

The multi-year arrangement to manufacture the R-Class makes AM General the first manufacturer contracted to build Mercedes-Benz vehicles in the US, but hardly the only one in the world. The G-Class – which could, incidentally, be characterized as the German equivalent of the Hummer – is built on Mercedes' behalf by Magna Steyr in Austria, and the company builds many of its passenger and commercial vehicles for local consumption under joint ventures in the Far East especially.

The R-Class was first introduced in 2005, and though it's still built in America, it was removed from the company's US lineup back in 2012. However Mercedes confirms that, since 2013, it has been and remains available exclusively in China. That puts the R-Class in the rare position of being manufactured in the United States by (or now for) a foreign automaker but unavailable for sale here.

Under the multi-year agreement, AM General becomes Mercedes-Benz's first and only contract manufacturing operator in the U.S. AM General anticipates R-Class vehicles will start rolling off its production lines this summer and will hire and train hundreds of new workers in order to prepare for R-class production.

"AM General is pleased to have been selected by Mercedes-Benz to build this vehicle at our world-class commercial vehicle facility in Mishawaka. We look forward to a long term relationship with Mercedes and expanding our services to the U.S. and global auto industry," said Charlie Hall, President and CEO of AM General.

AM General's Commercial Assembly Plant is a full service manufacturing and support facility that utilizes state-of-the-art robotic welding, painting and assembly techniques coupled with a lean manufacturing culture and highly skilled workforce to meet the requirements of its customers.

"This is yet another example of AM General's deep and growing commitment to the cities of Mishawaka and South Bend, the State of Indiana and our highly skilled, hardworking employees," Hall added.

About AM General
AM General has more than five decades of experience in two separate assembly plants meeting the changing needs of the defense and commercial automotive industries. The Company has produced more than 1.5 million vehicles, supported by its employees at major facilities in Indiana, Michigan, and Ohio, and a strong supplier base that stretches across 43 states. 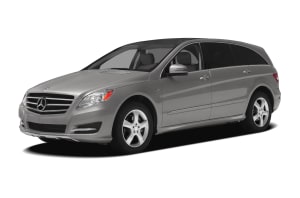