Chris Bruce
A woman in Texas is celebrating a cleared criminal record after being exonerated in a fatal crash now linked to General Motors' faulty ignition switches. Candice Anderson was driving a Saturn Ion in 2004 when she struck a tree. The incident injured her and killed her boyfriend in the front passenger seat. When investigators found no skid marks or signs of evasion and a small amount of Xanax in her system, Anderson was indicted on a charge of intoxicated manslaughter and eventually pleaded guilty to criminally negligent homicide with five years probation, according to The New York Times.

However, ten years and nine days after the tragic crash, a Texas judge cleared Anderson's record because General Motors included the fatality under its ignition switch claims. According to The New York Times, before Anderson's plea in 2007, a GM engineer ruled that the vehicle likely shut off before the crash, but that was only revealed this year. The district attorney who prosecuted the case also supported Anderson's exoneration and admitted that if the defect had been known a decade ago, there likely would not have been an indictment.

Anderson is accepting a settlement under GM's victim compensation fund. "My plan is to take the compensation and take this clearing of my record and move on with my life," she said to the NYT. The group is still taking claims through January 31, 2015. So far, it has found 33 eligible death claims and 39 injuries. GM originally believed the fault was responsible for 13 fatalities. 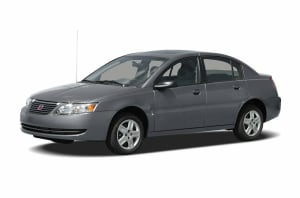