There's a truly unfair assumption that green cars are too expensive

Michael Goldstein
It's been a rough year for green car manufacturers. To many consumers, it appears that so-called green vehicles cost more and are more challenging to operate (limited range, low availability of "exotic" fuels, etc.) And with gasoline prices plummeting, American consumers are much less likely to spend more for a green vehicle.


While a green vehicle will generally be more fuel efficient, the time to payback has increased.

It's true that green vehicles are often more costly, due to their secondary (or in the case of battery electric vehicles, primary) power train, advanced computer technology, huge battery array, etc. Meanwhile, the fuel consumption of conventional vehicles has decreased significantly over the last few years, thanks partly to pressure from those pesky government regulators. So while a green technology vehicle will generally still be more fuel efficient, the gap has narrowed and the time to payback has increased. This imbalance has become even more noticeable today, when fuel costs have dropped significantly.

So how much more do green vehicles actually cost? Two key metrics are initial vehicle cost, and total cost of ownership (TCO). 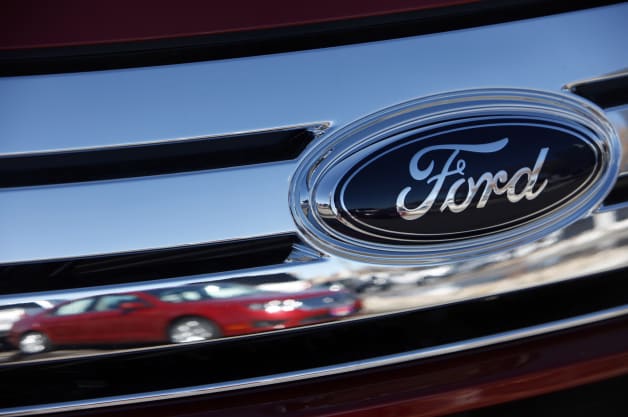 CarsDirect says the initial price difference between a hybrid and its gas-only siblings can be between $2,000 and $10,000. More realistically, in 2013 CNET looked at hybrid models of the Ford Fusion, Honda Civic, Hyundai Sonata and Toyota Camry. They found that the price premium of the hybrid versions ranged from about $2,655 to about $3,545 on these four popular family sedans.

Autotrader did a good analysis on the payback question, comparing comparably equipped 2014 Prius and Corolla models. While the Prius delivers 51 mpg in the city compared to the Corolla's 28 mpg, the Prius cost $5,000 more, a gap that it would take driving 90,000 miles at $3.52 a gallon to make up. For most people, that means they won't make back the extra outlay for a hybrid before 7.5 years of ownership. At under $3 a gallon, it would take even longer. On the highway, where the Corolla gets 42 mpg versus the 48 mpg of the Prius, Autotrader estimated you'd have to drive 400,000 miles to make up the cost difference. Even with Toyota's vaunted reliability, most cars go to the junkyard long before.

Autotrader did find the payback numbers are better for BEVs than hybrids. An electric Nissan Leaf costs around $30,000, while a comparable Sentra is only $24,000. But the costs for fuel are basically nothing in the Leaf, so that price delta would take only about 60,000 miles of driving to make up (again, based on $3.52 a gallon). However, this analysis doesn't factor in the BEV's "second car problem." If you want to go anywhere over 70 miles away, you've got to either plug it in or take another car. 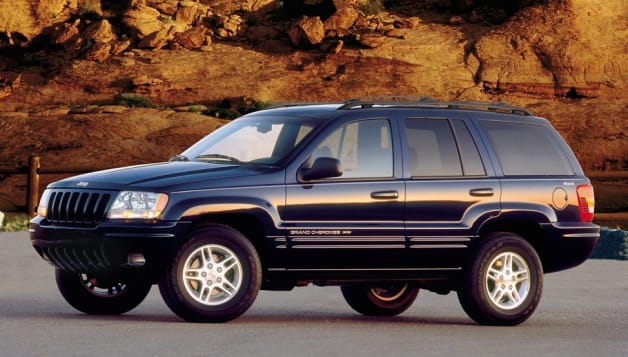 Still, in some situations a green car can pay big dividends. Our family replaced a 2000 Grand Cherokee that got about 14 mpg, with a 2010 Ford Fusion Hybrid that has averaged 35 mpg over the 70,000 miles we've driven it. Each car cost us about $35,000. Driving the Grand Cherokee 70,000 miles would have consumed 5,000 gallons of premium gas. The Fusion Hybrid required 2,000 gallons of regular.

Assuming both used the same fuel at $3.50 a gallon, gassing up the Cherokee would have cost $17,500, while the Fusion cost $7,000. Each gallon of gasoline burned releases an estimated 19.6 pounds of carbon dioxide into the atmosphere. So, while I make no claim to "Green Hero" status, replacing the Jeep with the Fusion in 2009 not only saved ten thousand dollars in gas, it saved the planet almost 60,000 pounds of carbon dioxide.

In 2013, Vincentric looked at 33 hybrid models, concluding the average hybrid cost $4,647 more than its conventional gas-powered vehicle sibling, with an average fuel cost savings of $3,371. While the average cost difference seems high, the analysis included expensive vehicles like the Porsche Cayenne, Porsche Panamera, Mercedes-Benz S Class, VW Touareg, Audi Q5 and Lexus GS 450h, in addition to garden variety Priuses and Insights. The Touareg, for example, had an $11,817 cost difference over the non-hybrid model. The Lexus GS 450h wasn't far behind, costing $11,690 more than the comparable Lexus GS 350.

The study concluded, "When all costs to own and operate a hybrid were taken into account, the average cost of ownership for hybrids was $1,388 more than the all-gasoline powered counterparts." That's a relatively narrow price delta, especially considering the cost and gimmicky nature (looking at you, Chevrolet Yukon/Cadillac Escalade hybrid), of many of the vehicles evaluated.

More importantly, the study found 13 hybrids that had total costs of ownership (TCO) that were less than their all-gasoline powered counterparts, including two Priuses, the Ford Fusion and Lincoln MKZ twins, Acura ILX, Honda Insight, Lexus CT 200h, Audi Q5 and even the Mercedes-Benz S class.

We assume that readers of AutoblogGreen are far more likely to look at TCO than the average consumer. This is unfortunate, since every consumer should be aware, at the very least, of TCO and not simply focus on price when shopping for a new or used car.

Green vehicles may be slightly more costly, but the reality for most Americans is that the affordability of any new or used car is problematic. The average new car costs $32,000. A recent Goldman Sachs study found that 51 percent of Americans earn less than $20 an hour, or $40,000 annually. Other studies put average annual household income at $51,000. Either way, new cars are out of the picture for most Americans without vigorous fiscal gymnastics like subprime loans with long (7 or 8 year) terms.


"Low annual household income is forcing people into car payments that are higher than they'd like, or for a term far longer than ideal." – Phong Ly

But used car prices have also risen though the stratosphere. This makes their purchase a substantial sacrifice for many, according to a recent analysis. An iSeeCars study looked at 25 million used cars sold in the 50 largest metropolitan areas measured by a "20/4/10" standard. This was defined as a 20 percent down payment, a loan no longer than four years, and car payments 10 percent or less of the borrower's monthly income. Consumers were closest to this in New York and Washington, DC, where they spent "only" 14 and 16 percent more, respectively. But in many other communities, used cars buyers went more than 100 percent over the guideline. In Houston, people spent 112 percent more, in San Antonio 113 percent more, 117 percent more in Riverside-San Bernardino, CA and 140 percent in New Orleans.

"Low annual household income in some parts of the country is forcing people into car payments that are higher than they'd like, or for a term far longer than ideal, just to make them more affordable," said Phong Ly, CEO of iSeeCars. Such considerations may also explain why the average age of a car on US roads is 11 years. 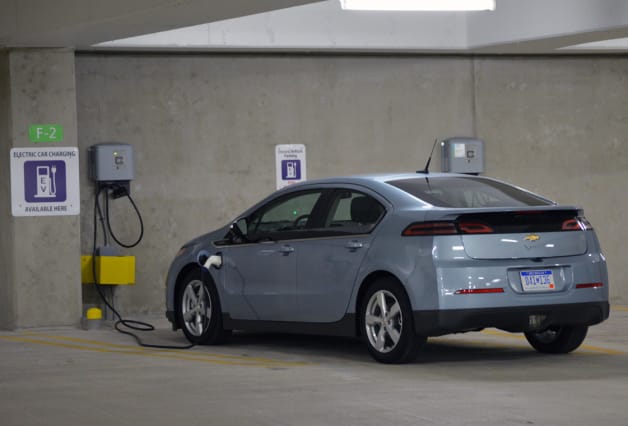 Dispiritingly enough, consumers who have the money seem to want to spend it on luxurious, thirsty trucks and SUVs. In October, SUVs and trucks accounted for 72 percent of Ford sales. Going in the other direction, October sales of Toyota Prius models were down over 13 percent, while Ford C-Max sales were down 22 percent and Chevrolet Volt sales down 29 percent.


"I was trading in Escalades on Smarts. By December they wanted the Escalade back." – Mike Jackson

This isn't because the green cars are "too expensive," especially compared to what consumers are actually buying. A fully loaded 2015 Chevrolet Tahoe (non-hybrid), for example, delivers 17.8 mpg and can retail for over $70,000. Americans appear to have short-term memory problems about the swinging pendulum of petroleum prices. One of the country's largest car dealers, AutoNation's Mike Jackson, recently told Reuters what happened on his lots in 2008. That year, gas prices spiked above $4 in the summer, but ended around $1.60. "I was trading in Escalades on Smarts. By December they wanted the Escalade back."

But the need for green hasn't gone away permanently. Ford CEO Mark Fields knows this as well. In an interview about the new, lighter-weight F-Series pickups, he told CNBC that even the recent slide in oil prices won't deter drivers from what they want most, which is fuel economy. Fields added that customers know oil and gas prices can rise as quickly as they've fallen.

It's also important to remember the other side of green: clean. In California, as in many states, air pollution is still a major problem. The San Joaquin Valley Air Pollution Control District recorded the worst air pollution in more than a decade last winter. In other parts of California, there's been an unwelcome return to air you can see. Lower-emission vehicles will be part of any solution, whatever their current popularity.

Still, despite their pro-conservation comments, US auto executives no doubt are privately cheering as SUV sales go through the roof. After all, that's where they make their money. According to Autodata, large SUV sales are up 15.6 percent, and TrueCar states that the average price customers paid for new large SUVs jumped nearly 11 percent in the last year. In the third quarter, General Motors said improved (read: increased) pricing on full-size SUVs generated $400 million in extra profits. Ford said higher prices on its SUVs and pickups boosted North American profits $281 million. Ironically, auto execs mindful of tightening emissions standards in states like California may find themselves diverting SUV profits to subsidize rebates and price cuts on slow-selling green vehicles.

The bad news is that low gas prices are driving people away from green cars, towards bigger and more powerful vehicles. The good news is that it might be an excellent time to buy a green car.
Ford's recent price drop cut trimmed $6,000 off the suggested retail price of the battery-electric Focus, on top of an earlier $4,000 cut, putting it in the same $30,000 ballpark as Nissan's Leaf. The Chevrolet Volt was cut by $5,000 last year and now sells for around $36,000.

If its green luxury you're after, you could probably drive a deal on the Cadillac ELR (don't call it a Volt). GM has sold less than 1,000 units of the $76,000 car (is that what people mean when they say hybrids are too expensive?) As of May there was a 725-day supply of ELRs sitting on dealer lots. The company has reportedly attached a whopping $14,000 worth of incentives to the car.

Even the mighty Prius has suffered a 12-percent sales decline in the US through August, compared to last year. That explains why Los Angeles Toyota dealers, who once charged more than sticker price, recently advertised $4,000 off MSRP on 2015 Prius Package Two vehicles, or $3,000 off the Prius C. So if you're a cashed-up greenie, or just a credit-worthy one, this might be a good time to march over to the dealership to put your negotiating skills to work. Saving gas, saving the planet and saving money. Now that's a deal.
X