Law enforcement officers across the country have been using a private intelligence network to compile and share detailed information about motorists in the United States.

Despite warnings from state and federal officials that the system may be unconstitutional, the Black Asphalt Electronic Networking & Notification System has gathered information about both criminals and innocent drivers alike, the Washington Post reported Monday. Information shared by approximately 25,000 police officers includes details like motorists' social security numbers, addresses, identifying tattoos and hunches about which drivers to stop.

Certain states prohibit law enforcement from using the system and a federal prosecutor in Nebraska has warned the program could violate civil liberties, as well as policies that govern how sensitive law enforcement information is passed.

The Post revealed the program's existence amid a detailed investigative report on how law enforcement has used civil forfeiture laws to seize millions of dollars from motorists, many of whom were never convicted of any crimes.

Police agencies linked to the Black Asphalt network saw their proceeds from forfeiture seizures increase by 32 percent from 2005 through today – three times the increase seen by other departments.

"A thriving subculture of road officers on the network now competes to see who can seize the most cash and contraband, describing their exploits in the network's chat rooms and sharing 'trophy shots' of money and drugs," The Post reported. "Some police advocate highway interdiction as a way of raising revenue for cash-strapped municipalities." 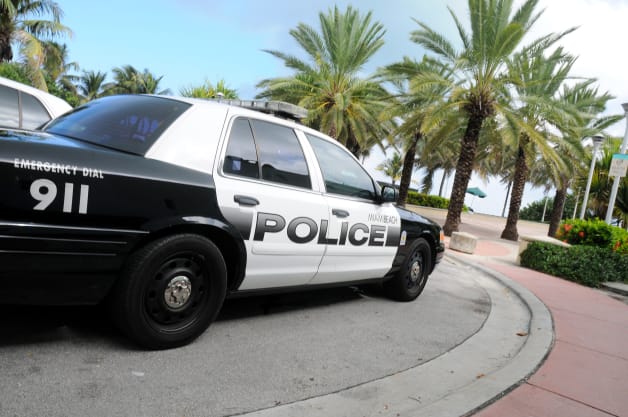 In Tenaha, TX, local police officers illegally confiscated an estimated $3 million in cash and property between 2006 and 2008.

The need to use seizure money to fund otherwise cash-strapped budgets can lead to excesses. In a well-documented case in Tenaha, TX, local police officers illegally confiscated an estimated $3 million in cash and property between 2006 and 2008.

In targeting as many as 1,000 black and Latino motorists, police targeted victims who lacked the financial and legal resources to fight back. Motorists were often given a choice of either signing a form forfeiting cash and valuables or facing arrest, in which case children in the car could be taken and placed in the custody of protective services.

At the time, Vanita Gupta, the deputy legal director of the ACLU said that Tenaha was particularly egregious, but that these programs, "incentivize police agencies to engage in unconstitutional behavior in order to fund themselves off the backs of low-income motorists, most of whom lack the means to fight back."

In analyzing the civil forfeiture process, The Post reported that there have been 61,998 cash seizures made since September 11, 2001 without search warrants or indictments. Of those, only a sixth were legally challenged. But in 41 percent of the cases that were challenged, the government was ordered to return the money.

In July, Rep. Tim Walberg (R-Michigan) introduced a bill in the US House of Representatives that would reform civil forfeiture laws, which were originally written to thwart drug dealers who operated multi-million operations. His proposed legislation would raise the level of proof needed to substantiate criminal activity before cash and property could be seized.