Brandon Turkus
It's a good week for the town of Spring Hill, TN, as General Motors has announced that its factory in the city of 31,000 will receive a $185 million contract to produce engines. On top of that, the next-generation Cadillac SRX crossover will be built at the factory (NA models are presently built in Ramos, Arizpe Mexico), which was once famous for being the home of GM's now-defunct Saturn brand.

The factory is one of GM's six facilities around the globe that will screw together the company's new line of three- and four-cylinder Ecotec engines. Spring Hill currently builds the 2.0-liter, turbocharged Ecotec, as well as the naturally aspirated 2.4 and 2.5-liter variants.

Spring Hill's vehicle assembly lines were idled in 2009, but were reactivated in 2011. The SRX is just one of the products meant to benefit from last year's $350-million investment, and should have a positive impact, creating or retaining around 1,800 positions at the factory.

How big that impact will be, though, is open for debate. According to a new report from Reuters, some of the production of Spring Hill's current vehicle, the Chevrolet Equinox, will move to GM's Ramos Arizpe, Mexico factory when that vehicle is redesigned in 2017, Reuters reports. Neither GM nor the UAW offered any comment to Reuters, although an unnamed GM spokesman did add that it's "fair to say" there will be a net increase in jobs at the factory.

Both investments support GM's new small displacement engine, which is part of an all-new Ecotec engine family that will be used by five GM brands in 27 models by the 2017 model year, powering many of the company's high-volume small car and compact-crossover vehicles.

Spring Hill is among six manufacturing locations around the globe that will produce the new engine.

"The new Ecotec engine family represents the most advanced and efficient small displacement gasoline engines in GM's history," said Arvin Jones, GM North America manufacturing manager. "It was a good business decision to produce this powertrain in Bedford and Spring Hill. Both teams have strong performance records, especially in quality."

"This is an all-around good news story for our members in Spring Hill and Bedford," said UAW Vice President Cindy Estrada who leads the union's GM Department. "We worked with GM to create this success story through the collective bargaining process. We are pleased with the opportunity to continue to work with the Spring Hill and Bedford leadership to build world-class quality products, which will include the new Ecotec engine program, and are looking forward to the next-generation Cadillac SRX being returned to the USA."

"We want to congratulate GM on this important investment in its future in Spring Hill and Middle Tennessee," Gov. Bill Haslam said. "Today's announcement speaks volumes around the country and world about our state's business-friendly climate and strengths in automotive manufacturing, bringing us another step closer to our goal of making Tennessee the No. 1 location in the Southeast for high quality jobs." 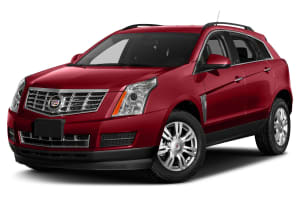