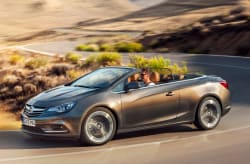 It's difficult to overstate how significant the post-bankruptcy years have been for General Motors' Buick brand. Arguably the most improved American automaker, Buick has rounded out its range with an excellent compact in the Verano, a well-balanced midsizer in the Regal and a segment-busting mini-CUV, with the Encore.

Seeking to keep that momentum going, the next several years will see the brand address a trio of its most obvious issues. First and foremost will be a replacement for the aging LaCrosse, a vehicle whose only bit of attention since its 2009 debut was a very light refresh in 2013.

According to Automotive News, we should expect the next-generation LaCrosse to arrive late next year or early in 2016, as a 2016 model. AN expects big design changes, as Buick attempts to further the LaCrosse from its popular platform-mate, the Chevrolet Impala. The changes won't be so radical, though, as to do away with its front-drive architecture, as the latest version of the Epsilon platform will underpin the next LaCrosse. The 3.6-liter V6 is likely to carry on, although a smaller, budget-minded offering is also extremely likely (we'll eat our hat if it's not the 2.0-liter, turbocharged four-cylinder from the Regal, Verano and Cadillac CTS et al.).

The other issue plaguing Buick's lineup is a lack of a midsize crossover. This is particularly damning for the brand as most of its showrooms are shared with GMC, which boasts its own midsizer in the form of the Terrain. With the upcoming Envision ( see here for teasers), that problem should be addressed. Like the LaCrosse, the Envision will likely be a 2016 model. It will debut and launch in China early next year, while we can expect it to arrive stateside later next year, or even early in 2016. For American consumers, both a 2.5-liter four-cylinder and the aforementioned 2.0T could see action in the Envision.

Finally, while Buick can boast a pair of vehicles available with manual transmissions, it's still far from what we'd call a brand for fun driving experiences. Of course, one way of solving that problem is with a two-door convertible. Yes, it's extremely likely that the Euro-market Opel Cascada convertible will be sold in the US early in 2016. Whether it keeps the Cascada name is unclear (all in favor of Skylark, say "aye"). Regardless, adding a reasonably priced, relaxed, two-door droptop to the Buick range to fill the space left by the not-so-dearly departed Chrysler 200 Convertible seems like a no brainer.

What are you thoughts on these plans? Should Buick be addressing other needs? Would you consider a Buick convertible? Should the brand push even further to distinguish the LaCrosse from the Impala? Have your say in Comments.