Pete Bigelow
The latest details of a troubling safety trend arrived Monday, when seven automakers issued eight recalls for cars that may contain airbags that could kill drivers instead of saving their lives.

BMW, Chrysler, Ford, Honda, Mazda, Nissan and Toyota all announced recalls of cars that contain airbags manufactured by global supplier Takata. The number of cars affected is still being determined, but it's expected the final tally will surpass 2.1 million vehicles.


The number of cars affected is still being determined, but it's expected the final tally will surpass 2.1 million vehicles.

Instead of properly deploying during car accidents, these flawed airbags can explode and shower occupants with lethal amounts of metal debris and shrapnel. At least two people have been killed and 22 have been injured because of the malfunctions.

And Monday's recalls are not isolated issues. Takata's exploding airbags have been the subject of a long-running series of recalls that stretch back to 2001. Yet more than a decade later, the automakers whose cars contain the flawed airbags and the federal agency charged with keeping motorists safe on American roads are still grappling with the scope and severity of the problem.

"It's both amazing and troubling that this thing has been going on for so long, and they can't seem to get a handle on it," said Sean Kane, founder and president of Safety Research & Strategies, Inc., a firm that specializes in vehicle and product safety issues. "The recalls have shifting explanations of what's happening. If you look at the outcome, it's the same in all of them. It's a pretty severe hazard that should have been remedied right out of the box."

Instead, the problem has proliferated. The first recall related to the exploding airbags came from Isuzu in 2001 and was followed by a Honda recall in 2008. More recalls occurred in 2009, 2010, 2011 and 2013. Earlier this month, Toyota issued the first recall in 2014 related to this nefarious problem. All told, there have been at least 20 recalls tied to the exploding Takata airbags over the past 13 years – and more may be coming. 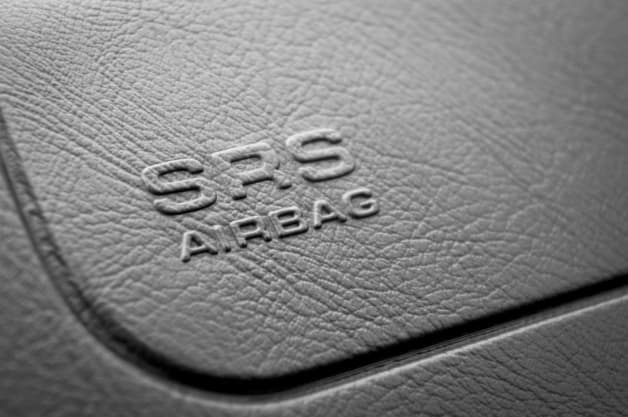 Earlier this month, the National Highway Traffic Safety Administration opened a preliminary evaluation to examine the problem. Currently under scrutiny because a deadly flaw in General Motors ignition switches went unchecked for more than a decade, the agency has showed a renewed interest in potential safety hazards. Depending on the results of that investigation, more related recalls could be on the horizon.


Investigators within NHTSA's Office of Defects Investigation said three consumer complaints filed within the past year led them to revisit the Takata problem.

"There's some speculation there that moisture is getting into the inflators, but nobody has proven that yet," said Chris Martin, a spokesperson with Honda. "As we call more cars back and get a chance to test them, then we'll have a larger data set to figure out what the reason is that these are going off. If they can determine the root cause, there's potential for expansion. So there is more information to be determined."

Two days after NHTSA opened its probe, the agency held a conference call with automakers to discuss ongoing problems with the airbags. Investigators within NHTSA's Office of Defects Investigation said three consumer complaints filed within the past year led them to revisit the Takata problem, and during the discussions, they learned of three more recent incidents from automakers themselves.

Three injuries were reported in those six complaints. NHTSA described them as "minor" in nature, and in paperwork filed with the agency, Honda described an injury sustained in an accident on August 6, 2013, as resulting from "an energetic deployment of a driver's airbag."

In that incident, the driver lost sight in the right eye.

"The diver (sic) side airbag inflator ruptured and propelled a one-inch piece of shrapnel into the driver's right eye," according to a complaint filed with NHTSA. "Loss of sight and severe lacerations to nose requiring 100 stitches." 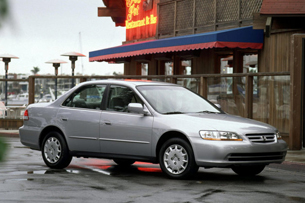 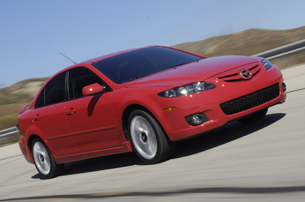 Another complaint that stemmed from an April 26, 2014 accident in Florida described how that motorist was spared a similar injury.

"The EMT's told me I was lucky I had large glasses on, as they probably kept me from getting hit in the eye," the motorist reported to NHTSA. "I also am suffering from hearing problems since the explosion of the airbag. My right hear (sic) has partial hearing with moderate ringing and pain. My left ear sounds like I'm sitting in a field of crickets."


Humidity is only a possible explanation of the exploding-airbag problem.

Because no reason for the defect has yet been determined and because NHTSA request help in studying the problem, there's some disagreement over whether Monday's actions are recalls. Automakers have termed the call-backs as safety improvement campaigns, voluntary safety campaigns and expansions of previous recalls. NHTSA, on the other hand, has identified Monday's actions as recalls, and given each automaker's action a number in its recall database.

Whatever you want to call Monday's actions, they're limited in nature. High humidity has been identified as one possible culprit of the problem, so automakers only recalled vehicles either originally sold or currently registered in Florida, the US Virgin Islands, Puerto Rico and Hawaii. Honda has gone beyond that scope and included other states known for high humidity, adding Alabama, Georgia, Louisiana, Mississippi, South Carolina and Texas to its call-backs.

Experts believe that moisture in these high-humidity areas may seep into vulnerable airbags and be absorbed by the airbag inflator, which in turn may develop higher than normal internal pressure over long periods of time. In an accident, that higher pressure then causes the airbags to explode instead of normally deploying.

Yet humidity is only a possible explanation of the exploding-airbag problem. Over the years, there have been varying conclusions as to the problem's source. 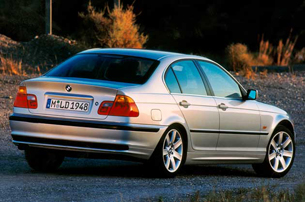 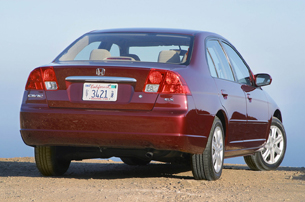 Source Of Problem Still In Question

NHTSA conducted a recall query into the problem between November 2009 and May 2010. At the time, Takata told the agency that propellants had been exposed to moisture. But in its conclusions drawn from that query, NHTSA said, "the source of the defect was different than initially postulated," and that the source of the problem came from a manufacturing process that improperly pressed the part. Tablets produced by that press were found to be less dense, and thus more susceptible to overly aggressive combustion.


"Once airbags are deployed, it's really hard to do an analysis chemically of what happened." – Chris Martin, Honda

Following the first recall in 2001, Isuzu said the airbag inflator modules were built with "too much generant." And in 2013, Honda said it was possible that some of the propellant was produced "out of specification." In documents released earlier this month, NHTSA recounted the ongoing nature of the problem, and noted that between 2008 and 2011, "none of these recalls were regional in nature or attributable to atmospheric conditions."

The answer may lie in the latest recall. Cooperating with NHTSA, the automakers are hopeful that the airbags involved in Monday's recall can be analyzed and the source or the problem can be determined once and for all.

"Once airbags are deployed, it's really hard to do an analysis chemically of what happened, because the propellant is burnt up," Martin said. "But if you can get them in a lab, you can determine more and see whether there's moisture in there." 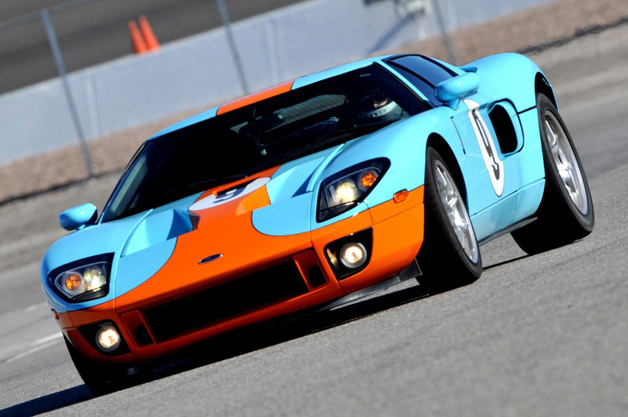 
Kane said he's dumbfounded that NHTSA let the problem linger for years before finally opening its preliminary evaluation this month.

Takata declined to discuss the latest recalls or its explanations of previous recalls when reached Monday. Company spokesperson Alby Berman relayed a written statement from Shigehisa Takada, the company's CEO, which read, "Takata is committed to the highest standards of safety for our customers – and their customers."

Guddi Rathore was one of those customers. She was behind the wheel of her 2001 Honda Accord on Christmas Eve 2012 when she was involved in a minor fender bender near her home in Virginia that caused little damage to her car. Shards from an exploding airbag severed arteries in her neck, and she bled to death in front of her three young children.

On May 27, 2009, Ashley Parham also died in a 2001 Accord, after her vehicle hit another in her high-school parking lot. When the airbag deployed, "shards of metal exploded from the airbag mechanism, and that's what penetrated her neck and caused her fatal injury," a police spokesperson told The Oklahoman.

Looking at the long history of deadly problems associated with this particular defect, Kane said he's dumbfounded that NHTSA let the problem linger for years before finally opening its preliminary evaluation this month. 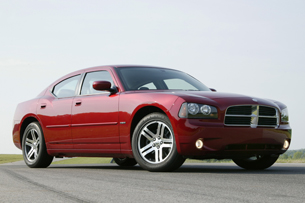 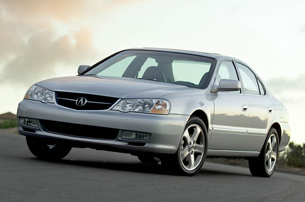 As Congress has probed the reasons behind GM's decade-long delay in recalling cars with flimsy ignition switches, lawmakers also want to know why NHTSA missed early warning signs of a problem, and once a problem was apparent, delayed taking action.

As a consequence, NHTSA has ramped up its scrutiny in other areas, and automakers have responded accordingly. Monday's recalls pushed the industry past the annual record for safety recalls. Although 2014 is only about six months old, automakers have collectively recalled 31.4 million cars already, breaking the previous record of 30.8 million set across all of 2004.

"No doubt, this recall and others we've seen are reflecting what manufacturers are fully aware of, which is a much higher-level scrutiny of problems," said Karl Brauer, senior analyst at Kelley Blue Book. "If they know of an inherent design issue and they don't want do anything about it, well, nobody wants to be Mary Barra's replacement on Capitol Hill, looking at a decade-long history of documented problems."
X