Well, this is not good for General Motors. Following a report last week that GM was recalling 778,000 Chevrolet Cobalt and Pontiac G5 compacts over concerns that the ignition could switch out of the "run" position without warning, USA Today reports that the Detroit-based behemoth knew about the issue, which affected 2005 to 2007 Cobalts (the Cobalt shown above and in the gallery is from 2010) and 2007 Pontiac G5s, all the way back in 2004.

The information comes from a deposition in a civil lawsuit against GM, obtained by USA Today, which claims that a GM engineer experienced the issue while the then-new model was undergoing testing. The issue was "solved" when a technical service bulletin was issued in 2005, informing dealers to install a snap-on key cover on the cars of customers who complained about the issue. According to the Cobalt's program engineering manager, Gary Altman, the cover was an "improvement, it was not a fix to the issue."

The case where the depositions were made was from 2010, and involved Brooke Melton, a 29-year-old pediatric nurse in Georgia who was killed on her birthday. At the time, police claimed she was going too fast on a wet, rural road, although it later came out through the black box that her car's ignition had come out of the "run" position at least three seconds before the accident (the max amount of time a black box records before a wreck), disabling her airbags, power steering and anti-lock brakes. According to USA Today, police said Melton was "traveling too fast for the roadway conditions," although it's impossible to know if she'd have been in the wreck, which injured the occupants of another vehicle, had her 2005 Chevy not shut off. GM settled the Melton family's case, although the details remain confidential.

As we reported last week, GM knew of 22 crashes relating to the ignition issue and six deaths that came from "frontal-impact crashes." According to USA Today, GM wouldn't say whether Melton was one of the six known deaths, as she wasn't in a frontal-impact accident. 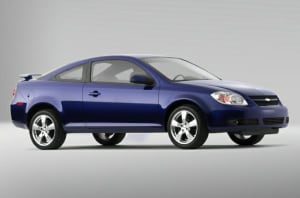