The five top-selling brands in the automotive industry are usually Ford, Toyota, Chevy, Honda and Nissan, in that order. This lineup emerged intact when counting a year's worth of sales for 2013, and there was no reason to expect it would change at the beginning of 2014. But it did. Thanks to surging sales of its all-new Rogue, Nissan managed to pull ahead of Honda to become the fourth best-selling auto brand in January 2014, selling 81,472 units (an increase of 10.41 percent compared to January 2013) to Honda's 80,808 (a decrease of 3.96 percent).

Honda, however, should take pride in the fact that it's luxury division, Acura, outsold Infiniti, Nissan's luxury division, last month – 10,823 units sold to 8,998. That margin of victory was large enough to keep the parent company of American Honda ahead of Nissan North America for the month of January. 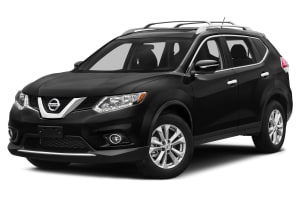