Cylinder deactivation is pretty easy to understand in, say, a V8 or V12, where not all the pistons need to be firing all the time. But cylinder deactivation on a four-cylinder engine? That's something new, and precisely what Volkswagen has in store for us at the 2014 Detroit Auto Show.

Variable displacement engine tech forms the backbone of the Passat BlueMotion Concept which VW is presenting in Detroit. The 1.4-liter turbocharged, direct-injection inline-four shuts down its second and third cylinders when their power is not called for, turning the four-pot into a twin and back into a four when the throttle is pressed a little closer to the floor.

VW has also fitted the Passat concept with the transmission decoupling system from the Jetta Hybrid to help it coast as freely as possible and stop/start technology. All in, VW says the Passat BlueMotion Concept can cruise down the highway yielding up to 42 miles per gallon from its otherwise conventional internal combustion engine while still offering 150 horsepower and 184 pound-feet of torque when needed. Scope out the details in the press release below for more.
Show full PR text
VOLKSWAGEN PASSAT BLUEMOTION® CONCEPT MAKES GLOBAL DEBUT AT THE NORTH AMERICAN INTERNATIONAL AUTO SHOW

Chattanooga/Detroit - The Passat BlueMotion® Concept that is being presented by Volkswagen of America at the 2014 North American International Auto Show in Detroit shows just how fuel-efficient a non-hybrid, gasoline-engined mid-size sedan can be. Based on the current Passat that was developed specifically for North America, the BlueMotion label defines the version that has the best efficiency in the model lineup.

Another Volkswagen innovation that helps save gas is the coasting function, used also on the Jetta Hybrid. As soon as the driver releases the accelerator pedal, the DSG® transmission decouples the engine, allowing the Passat to roll with the lowest possible mechanical drag from the other moving components.

Additional fuel savings come from the stop/start system, which shuts off the engine when the car comes to a temporary stop. As soon as the driver lifts their foot off the brake, the 1.4-liter four-cylinder engine starts again. All these measures result in a manufacturer estimated highway fuel economy rating of 42 mpg. The Passat BlueMotion Concept also delivers 150 horsepower and 184 lb-ft of torque.

The Concept's striking Reef Blue Metallic color will be introduced on other Passat models, too. The interior of the Concept also offers two-tone seats that carry blue dividing lines between the darker and lighter leather seating surfaces. The stitching indicates this is a member of the BlueMotion family, which has been rolled out globally since 2006 on many highly fuel-efficient Volkswagen models.

About Volkswagen of America, Inc.
Founded in 1955, Volkswagen of America, Inc. is headquartered in Herndon, Virginia. It is a subsidiary of Volkswagen AG, headquartered in Wolfsburg, Germany. Volkswagen's operations in the United States include research and development, parts and vehicle processing, parts distribution centers, sales, marketing and service offices, financial service centers, and its state-of-the-art manufacturing facility in Chattanooga, Tennessee. Volkswagen is one of the world's largest producers of passenger cars and Europe's largest automaker. Volkswagen sells the Beetle, Beetle Convertible, Eos, Golf, GTI, Jetta, Jetta SportWagen, Passat, CC, Tiguan and Touareg vehicles through approximately 630 independent U.S. dealers. Notes: This press release and images of the Passat BlueMotion Concept are available at media.vw.com. Follow us on @VWNews "DSG, "TSI", "VW", "Volkswagen", all model names and the Volkswagen logo are registered trademarks of Volkswagen AG.

Where stated, fuel economy values are forecast manufacturer values for the USA: EPA estimates were not available at the time of release. Mileage will vary and depends on several factors including driving habits and vehicle condition. 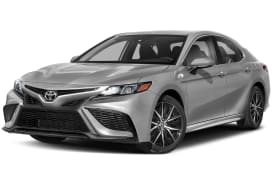 $285 - $341 Nat'l avg. savings off MSRP
See Local Pricing
I'm not in the market for a vehicle at this time. Please move this suggestion to the side for 30 days.
Huge Savings