Jonathon Ramsey
The National Highway Transportation Safety Administration has upgraded a probe into the rear taillights of 252,867 Mercedes-Benz C-Class models from the 2008 to 2011 model year. The upgrade means the investigation is now an engineering analysis, the results of which will determine if a recall is issued.

The probe began in July when NHTSA received 21 complaints alleging a failure of the rear lights. Mercedes informed the agency that corroded connectors in the ground circuit to the taillight were causing connectors to overheat and melt, and that could lead to smoke and fire. Since July the number of complaints has risen to 402, one reporting an injury and five reporting fire. With older cars more prone to the situation, the engineering analysis has been initiated "to further study the risks and frequency of the issue." Mercedes says it is cooperating fully with the investigation. 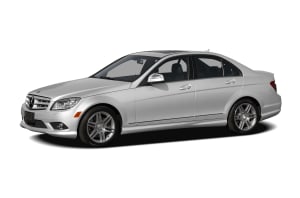