How A Hybrid Becomes A Hot Hatch View All Specs
Honda invited us to its Southern California North American headquarters last week to take a spin in a very special CR-Z – one modified with a full complement of Honda Performance Development (HPD) components. While the company has been racing with HPD parts for years, this is the first time the automaker has offered them for its street-legal vehicles, and it has chosen this year's SEMA Show in Las Vegas to be the launch venue. Last year, Honda introduced the HPD Supercharged CR-Z Concept at SEMA – this is the slightly modified production version.

The complete transformation gives the normally placid hybrid hatchback a serious shot of adrenaline thanks to a bolt-on supercharger combined with suspension, tire, brake and exhaust upgrades. In addition to the blower (detailed in a bullet point below), new HPD suspension components lower the car by about half an inch, and firmer spring rates stiffen the ride. Stock 16- or 17-inch wheels are then replaced with HPD 18-inch alloys wrapped in sticky Michelin Pilot Super Sport tires (215/40ZR18 at all corners). The clutch is upgraded, a limited-slip differential is installed and new HPD monobloc four-piston calipers are fitted over slotted and ventilated iron rotors up front (the single-pistons over solid discs on the back axle are unchanged). In the rear, the stock hidden single exhaust pipe is replaced by a free-flow twin-tip exhaust that peers out of a new HPD lower diffuser. Other cosmetic enhancements include an HPD front lip spoiler, rear deck lid spoiler and an HPD emblem kit for each side. To say the CR-Z is transformed by the complete HPD package is an understatement.

"'Performance' is in our name, and is part of everything we do at HPD, from our kart programs through our grass roots motorsports amateur racing efforts, all the way through our participation in endurance sports car racing and Indy cars" said Art St. Cyr, HPD president.

"Now, with our line of HPD Street Performance products, we're excited to be bringing the same innovation that has driven two decades of success on track to the street, for everyone who desires to enhance an already excellent Honda vehicle with proven performance products, without sacrificing the reliability that comes with the Honda name."

Veteran Indy car driver Graham Rahal will serve as HPD's SEMA Social Media Correspondent. Long associated with both Honda and HPD through the family's race team and Honda dealership, Rahal has detailed knowledge of Honda's success in motorsports and commitment to the enthusiast market.

Celebrating its 20th anniversary this year, HPD was founded in 1993 as the performance arm of American Honda, to spearhead the company's entry into Indy car racing. No other manufacturer has matched Honda's success in Indy cars, including 204 race victories, 15 drivers' championships, six manufacturers' championships and nine consecutive Indianapolis 500 victories. In 2013, Honda powered veteran Scott Dixon to four race wins and the 2013 IZOD IndyCar Series championship; and Tristan Vautier to series Rookie of the Year honors.

HPD's prototype racing efforts have recorded more than 60 victories and multiple American Le Mans Series championships. The company's first outing in 2007 at the 12 Hours of Sebring marked the first win for HPD's LM-V8 engine; and, the first for a Honda racing engine designed and developed outside of Japan. HPD won the LMP2 title in the inaugural 2012 World Endurance Championship and has twice won the LMP2 category at the 24 Hours of Le Mans since 2010. In 2013, HPD and Honda again swept the LMP1 and LMP2 manufacturers', engine, team and drivers' championships in the American Le Mans Series; while HPD-equipped Strakka Racing claimed the LMP1 class win at the 24 Hours of Le Mans for private team entries.

HPD participates in competition on both two wheels and four. The company offers a complete line of race engines for cars from grass roots to pinnacle; for professional, amateur and entry-level racers. And now, provides "fun-to-drive" products for your garage. 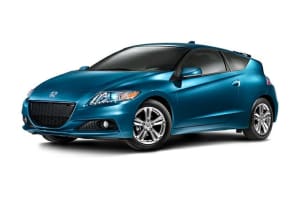