View All Specs
The Swedes Bend Sixes And Fives Into Fours

With government agency pressures mounting, the auto industry's latest engine and powertrain trends invariably include the cobbling of heretofore eight-cylinder models into charged (either turbo- or super-) six-cylinder models, six-cylinders into charged four-cylinders and so on. And then there's the mating of these downsized engines to fuel-saving automatic transmissions with ratio counts previously reserved for bicycles and semi trucks. Volvo can at last follow suit with the best of Germany and Japan thanks in great part to an $11-billion multi-year investment by its Chinese owners, Geely.

After we survived the recent Frankfurt Motor Show marathon of news and reveals (chief among said bits being the stunning Volvo Concept Coupe), we were escorted by the Swedish automaker to the far less frenetic air of southern France to explore the most significant step yet in the company's new life. Volvo's entire movement of new tech is referred to as Drive-E, and it includes these all-new four-cylinder engines we just tested, a new modular architecture called Scalable Product Architecture (SPA) that will first be found under the next-generation XC90, along with a host of other onboard advancements. Think of it as a Scandinavian version of Mazda Skyactiv, a total-systems approach to developing more efficient yet more sporting new models. 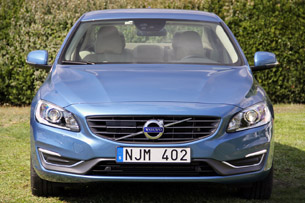 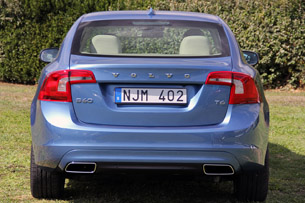 What's a Swedish company without a little awkwardness?

Delivery for the first Drive-E powertrains in the "60 cars" (i.e. S60, XC60 and V60) will happen shortly after January's 2014 Detroit Auto Show. It'll be a challenge of sorts, because Drive-E 60 models will initially be available only with front-wheel drive, while the engine trims they are meant to replace will temporarily continue in all-wheel-drive versions. Volvo North America tells us that by the end of next month (in time for the Los Angeles Auto Show), they should finally have the pricing strategy worked out for how to sell this challenging interim range as they wait for an all Drive-E lineup to go on sale over the next two years. We anticipate a little awkwardness in the sales figures and marketing during that time, but then again, what's a Swedish company without a little awkwardness?

Patience and passionate Chinese support should win the day – at least we hope so – because the company's new Drive-E direction is a very wise one. Globally, Volvo passenger cars have lost whatever perceived advantages they once possessed over their primarily German and Japanese rivals, and the big Drive-E push could bring the Swedes right up to speed in every significant stat that shoppers pay attention to when seeking nimble and efficient premium wheels. 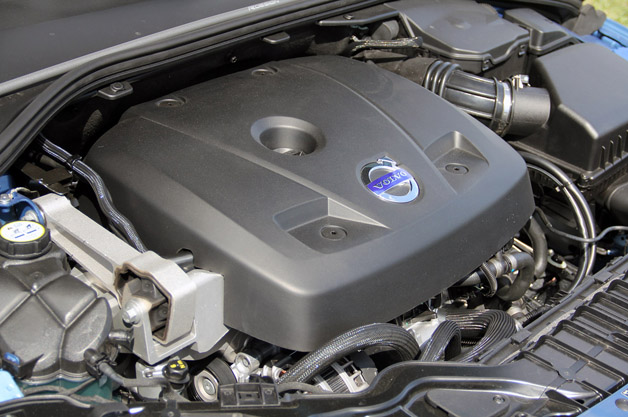 We spent the lion's share of our drive time in this front-wheel-drive 2015 S60 T6, looking beautiful in silky blue with light cream interior. More to the point, our test car was equipped with Volvo's most entertaining Sport chassis setup riding atop standard 19-inch wheels and Bridgestone Potenzas sized 235/40R19 96W fore and aft. That's enough rubber – and enough compliance – to do nice things with the new engine. The 2.0-liter, direct-injected, all-aluminum, twin-charged (supercharging and turbocharging) four-cylinder Drive-E T6 offers 302 horsepower peaking at 5,700 rpm and 295 pound-feet of torque between 2,100 and 4,500 rpm in top trim. Compare this to the 3.0-liter, turbocharged, six-cylinder S60 T6 you can get at your local dealer today, and you'll see that it's about the same power (300 hp and 325 lb-ft for the present 6cyl.), yet the Drive-E car weighs 150 pounds less – most of it in the nose. And the new T6 twin-charged Drive-E accelerates the "60" models from 0-60 in the same estimated 5.6 seconds as the larger outgoing engine, plus towing capacity remains right near 3,300 pounds.

This is all sounding pretty swell so far.

When driving this spruced-up S60 T6 in a civil manner ... the entire experience shined.

Out on southern France's traditionally lightly trafficked and sensually winding two-lane hilly roads, the 2015 S60 with its new, better-looking front end and Drive-E engine remains firmly committed to being a premium Swede. That is, it still lacks the sense of "moving substance" and overt ride sophistication of its German competition. What it's got is a lot of good style outside, a generally very pleasing sense of lightness to the way it drives (though it's still heavier than a rear-drive BMW 328i), a far less soberly serious interior, and class-winning fuel efficiency and emissions – made all the more impressive by its 300-plus horsepower. Versus any of the more civilian trims from Japan's premium automakers, the new Volvo powertrain is a winner.

When driving this spruced-up S60 T6 in a civil manner – as nearly every Volvo owner in the United States drives their car – the entire experience shined. The coddling cabin with its new standard sport seats is an appreciated step up, though we wanted a little more lower back support. Then there is the button on the end of the left stalk of the steering column that governs the "themes" for the new digital instrument cluster. The red, green or chestnut brown themes are called as such because, well, that's all they are: visual themes. The actual gauges displayed change a bit – oversize center tach in the Performance theme, for instance – but naming the themes Elegance, Eco, and Performance and then not having anything mechanically affected at the same time is a little disappointing. This is one area of chassis and powertrain tech where Volvo still really needs to step it up in order to be considered truly premium.

Having enjoyed this new engine overall, we are eager to sample the R version.

As we said, the dynamics and ride are really spot-on when the S60 is cruising, though we'd ultimately prefer the Dynamic chassis option with its 18-inch treads versus this Sport tweak with the harder 19s. When we floored it through the region's deserted hills for fun, this most sporting front-drive S60 embraced and enhanced the fun at about 80-percent of its will. There was some pushing through tighter curves and torque steer was easily induced, though not even close to the wild level of Volvos from decades past. In this sport trim, there are finally shift paddles on the steering wheel that can govern the newly employed eight-speed Aisin automatic gearbox. This is a fine transmission, but the software is still not ready to consistently allow snappier shifts, with downshifts often taking a conservative eternity to engage. They need also to work on the feel of the paddles themselves, as there is no real clear haptic 'click' that lets you know you're the master.

In sportier driving, one can hear the direct-injected four-cylinder working hard under the svelte hood. To be honest, though, practically all of these new-generation, force-fed, direct-injected four-cylinders make this much sound in the cabin. In the T6 Drive-E's case, the Eaton supercharger helps from idle on up to 3,500 rpm and then leaves the 23.2-psi Borg Warner turbocharger on its own from there up. We like the slightly muffled supercharger whine from up front during lower-rev throttle transitions, too, so we hope this doesn't change as pressure to isolate the cabin more from outside-world sounds grows. Having enjoyed this new engine overall, we are eager to sample the R version and are hopeful for a major-league exhaust note. 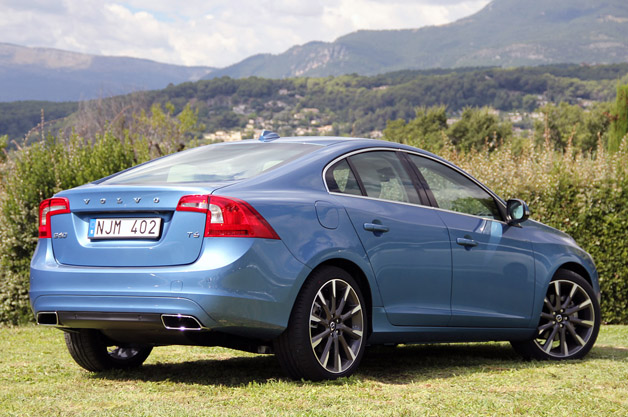 These first signs are very good.

But the key objectives of Volvo's Drive-E initiative are to transition from eight separate engine architectures riding in three separate vehicle platforms to just one engine architecture for both gas and diesel using one modular vehicle platform – just as larger and richer companies like Volkswagen are doing. All of this rationalization is being engineered wholly in Sweden, and it no longer needs to be shared across other brands unless Volvo and Geely decide to farm Drive-E technologies out to the other companies that will no doubt come a-knocking.

The S60's midlife exterior changes are nice and this new Drive-E T6 engine is a big improvement on many fronts. It's a keen-enough new setup that we're eager to try the 240-hp T5 engine that will be the volume leader, and we're even more anxious to sample the new modular chassis that promises to herald a whole new era of drive dynamics and sporty hybrids. Perhaps then we'll commit to hiring trumpets and choruses of angels to sound off about the rebirth of a strong Volvo brand that's been missing for so long. For the moment, though, these first signs are very good. 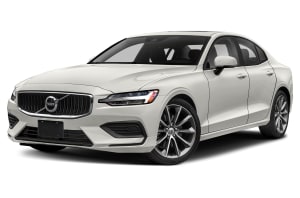 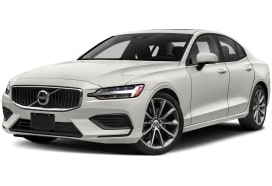 $681 - $1,896 Nat'l avg. savings off MSRP
See Local Pricing
I'm not in the market for a vehicle at this time. Please move this suggestion to the side for 30 days.
Huge Savings